So Why Should You Own Gold as an investment?

Maybe you have thought about how to invest in gold (and silver). Maybe you haven't added to your stash for quite awhile, and you kinda' forgot why you bought it in the first place.

Or perhaps you don't own any precious metals at all! 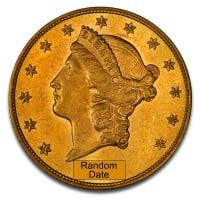 If one of these circumstances fits you, then it's time to refresh your memory on the multiple reasons why you should own gold, assess your risk profile and unique financial circumstances... then act!

The oft-stated Gresham's Law tells us that when a government dictates the exchange rate between different types of money, the "good," or undervalued method of exchange gets chased out by the "bad," or overvalued version.

Thus the "bad" money stays in circulation and, as debasement (inflation) picks up, is quickly spent.

Unbeknownst to most – for now – U.S. inflation (greatly understated by "official" statistics) is increasing across the board. It doesn't need to hit double digits in order to move the dial on gold and silver prices. Invariably, the "smart money" sniffs out the potential well beforehand – which is what it's been doing for the last 9 months!

The "good" money in the U.S. is in reference to gold after FDR's infamous 1933 edict banning circulation… and later, the removal of silver from our coinage starting in 1965.

In Venezuela, according to the IMF, inflation will rocket along this year at 10 million percent! How long do you think the ironically-named Bolivar Fuerte ("strong bolivar") stays in someone's pocket, bank account, backpack... or large cardboard box?

Over the last decade, small bars and coins accounted for over two-thirds of yearly investment gold demand and about a quarter of worldwide gold demand. Since the beginning of the 21st century, demand for bars and coins has doubled, putting a strain on both the East and the West. New markets, such as China, have developed, while old markets, such as Europe, have resurfaced.

You might even purchase gold jewelry in the form of gold that you can wear—or that someone else has worn but has been broken. Investing in gold jewelry, on the other hand, entails a number of hazards that are not present when investing in pure gold.

To begin, you must exercise caution when purchasing jewelry because not all used jewelry is sold by reliable merchants. Authenticity is important not only to you, but also to anyone you might try to resale the piece to. This necessitates purchasing investment jewelry from a reliable dealer and gathering as much paperwork as possible.

Second, depending on who designed and made the jewelry, you'll have to pay a markup. This could range from 20% to more than three times the raw value of the precious metal.

You should also know what percentage of gold your jewelry is made of. The purity of gold is measured in karats, with 24 karats representing 100% purity. Lower purity reduces the melt value of your piece, or the raw value of its components if melted into pure gold.

Why You Should Invest in gold bullion

It's durable. Spanish gold bars and coins have been recovered from shipwrecks submerged for centuries... no worse for the wear!

It's portable. A 25 (troy) ounce tube weighs less than two (avoirdupois) pounds and is worth around $33,000 today.

It's divisible into small portions. 1/10th of an ounce is the size of a thin dime, but you can buy/store it by the gram - or in blocks of grams.

It's difficult to counterfeit. Just about any quality coin shop can spot a "weight problem" in relation to the expected size of a bullion coin or bar that a crook – or a naive buyer – might bring in for fiat trade.

It stores easily. Significant dollar amounts can be squirreled away just about anywhere.

Gold available for purchase is in finite supply. At a fairly consistent production rate of around 2%/year (and falling), buying gold is unlikely to experience a "production spike" like a base metal might.

It can serve as collateral for loan agreements, and as financial insurance. 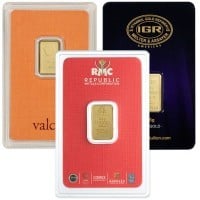 Physical Gold (and silver) make great gifts. My daughter still has the 1 troy ounce Krugerrand she received as a high school graduation present. The cost: $275. Her brother has a tube of 25 American Silver Eagles purchased for $7.50 apiece.

It's costly to mine. The industry gauging standard of All-In-Sustaining-Costs (AISC) for even the most efficient gold miner is still about 80-90% per ounce of what mining companies are paid from the sale of production. What's more, gold mining companies have a wasting asset that – unless the deposit can be replaced with additional ore – diminishes the value of their project (and gold mining stocks) with every ounce they sell.

Anonymous Storage. Gold can be stored by you personally, or in vaulting jurisdictions that don't have reporting requirements. In recent years, the government narrative has been advanced that equates privacy with illegality.

The reality is that a certain level of privacy is the cornerstone of a free people. As governments around the globe seek to limit the size – and scope – of cash (fiat) transactions, privacy by definition becomes less and less possible.

When there's a crisis, individuals and central banks accumulate gold. There are many straws in the wind right now. Most of us have an uneasy feeling that "something's just not right" – but we can't pin it down.

What's interesting is that the world's central banks laid in more gold last year than they've done for the past 50 years! Shouldn't we be paying attention too?

Gold is money. It's more liquid than real estate, or just about any other possession you own.

In the early 1980's, the school in a small Alaskan town faced having to close down due to lack of funds. Into the board meeting came an old Sourdough, offering the gift of a wooden box... full of gold bullion coins. Two days later that stash had been turned into cold, hard cash – enabling the school to operate in the community's interest for the next thirty years.

David Morgan is known in certain circles as "the Silver Guru," but his prescient calls at major market turns over the years have demonstrated that he has an equal understanding about gold, copper, uranium, and the energy markets as well. Recently he stated,

Extreme price movement in gold is experienced when demand is increasing rapidly, while at the same time, those who currently possess gold wish to hold on to what they have – or buy more.

This is a rare phenomena where the confidence in the currency system breaks down and a "run to gold" begins. Almost overnight the belief that a "dollar" has value is recognized for what all fiat is and always has been – a giant confidence (read con) game played on a trusting public by the banking elite. Once enough people act on the truth (not just recognizing – but acting on that understanding), the system's days are numbered.

Which leads to Jim Rickards' (and my) pithy conclusion:

"If the price of gold moves sideways or down a little, you won’t make or lose much money. That’s fine; it’s like another form of cash. If gold soars, you’ll make a dollar-denominated fortune regardless of your particular entry price. That’s fine too.

The danger is not having the gold in the first place and not being able to acquire it when the demand and price are soaring and there’s no supply. At that point, you’re just a spectator. The gold train has passed you by."