Did you know that the US only has one official investment-grade silver coin? The US Mint introduced American Silver Eagle bullion coins, minted with .999 fine silver, in 1986. Today they are the most popular Silver Bullion coin in the world. Investors bought 40 - 50 million of them in recent years.

The silver content of each coin is one troy ounce with a purity of 99.9%. The weight and purity are guaranteed by the US government. 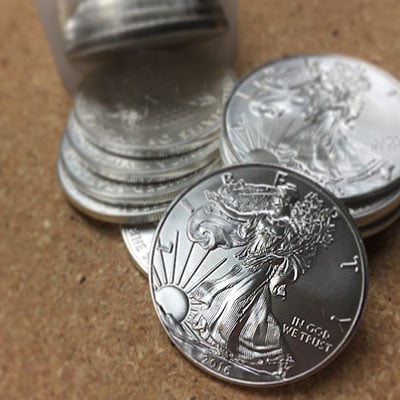 Silver American Eagles come in bullion and proof forms. Bullion strike coins are produced in much larger quantities and are more suitable for investment, while proof coins are coveted by collectors. What is the difference?

Bullion American Eagle coins don't come with mint marks. They are struck once in the minting press and do not carry the mirror finish of the proof variety. Investors prefer them for the considerable lower cost of purchase.

Proof American Eagle coins produced in limited quantities and are much more valuable because they must be struck twice (or more) and require specially made and polished dies. They carry a mint mark designating where the coins were made. The mirror finish and visibility of fine detail make them easy to identify.

There are three kinds of mint marks you could find on an American Silver Eagle Proof coin, depending on the year the coin was made. Each mint mark is a small letter printed on the reverse.

The possible options are: 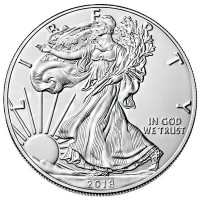 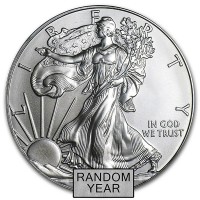 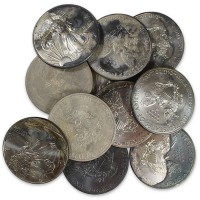 Rare anniversary coins are one of the most important traditions of the US Mint. They are loved by serious collectors and amateurs alike.

The US Mint celebrated the tenth production anniversary of these coins in 1996. Commemorative coins were minted for the occasion. Some were silver proof coins with a P mint mark. Others included the American Eagle Gold proof coins with weights ranging from 0.1 oz to 1 oz.

The 20-year anniversary was held in 2006. Proof coins with a W mint mark were produced for the occasion. The US Mint issued "reverse proof" silver Eagles for the first time. These handsome coins feature a frosted "field" or background, with the walking lady liberty polished in the foreground.

Collectors could also go for the 25th Anniversary Set from 2011. There were only 100,000 sets sold for the occasions. Each of them came with five beautiful coins. Now 30th anniversary coins are available too. 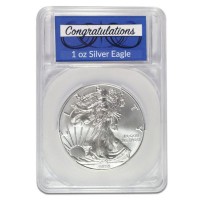 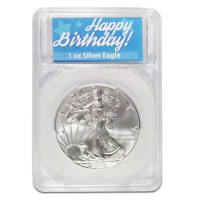 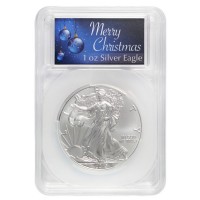 History of the Silver American Coin 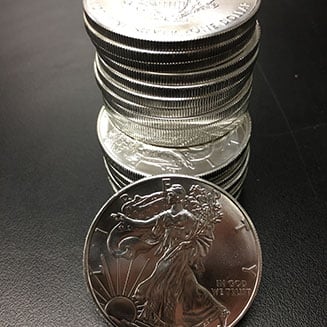 The gold and silver American Eagle coin program had its roots in the honest money movement. When Franklin Roosevelt's executive order declaring private ownership of gold and silver bullion as unlawful was finally rescinded in 1971, conservatives began pushing for the US Mint to reintroduce precious metal coins suitable for investment.

The effort took years, but eventually found success. The first American Eagles were issued in both gold and silver in 1986. The US Mint produced 5.3 million silver Eagles in the first year. Production ranged between 5 - 7 million per year for most of the first decade. These US mint coins for sale, have become the most popular coin in the world.

The turn of the century brought a change in the production of American Silver Eagle coins. The quantity produced began moving consistently upward. Demand spiked following the 2008 financial crisis and peaked with the Mint issuing 47,000,000 coins in 2015.

The US may have abandoned gold and silver backing for the dollar, but at least investors can use the deep and liquid market for US bullion coins to protect themselves from the dollar's perpetual decline. 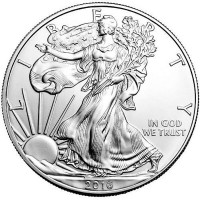 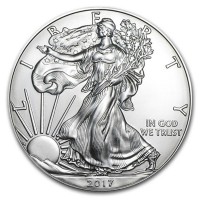 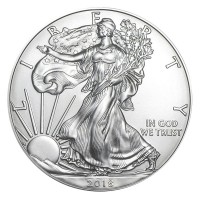 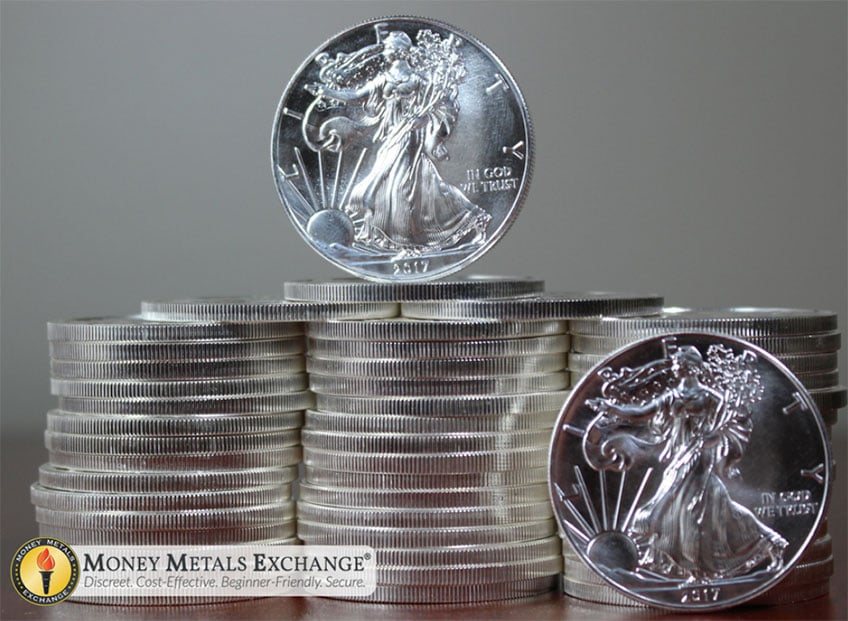 Each silver American Eagle contains exactly one troy ounce silver .999. The diameter of the coin is 1.598 inches and the edge is reeded.

The Present and Future of American Silver Eagle Coins

Today, these coins are important to investors and collectors alike. Collectors may purchase proof coins directly through the US Mint. Bullion strike coins and proof coins with prior dates are sold by dealers exclusively.

Precious metals dealers throughout the US and around the world will carry the American Eagles. Large, national dealers, such as Money Metals Exchange will publish both buy and sell prices for the coins live. The coins can be purchased or sold in virtually any quantity with ease.

American Silver Eagle coins are a great choice for any investor, regardless of whether you are an absolute beginner or a seasoned expert. These coins are recognized and sought after all around the world. That means they are liquid and will command higher prices when it is time for resale.

Silver is extraordinarily useful as an industrial metal with applications ranging from medical equipment, to technology and solar power. Demand is set to rise, while new, high grade ore deposits are increasingly difficult to find.

And, unlike silver, the US dollar's future looks grim. Debt and deficits continue to rise as the Federal government remains completely unable to exercise spending restraint.

Whether it is demand from industry or demand from investors worried about the fate of the dollar, silver Eagles will be increasingly sought after in the years ahead.

You don't have to be an experienced collector or seasoned metals investor to appreciate the value of silver coins like the American Silver Eagle. The design is widely considered to be among the most beautiful in the world. No other bullion coin is as popular or widely traded.

These coins are a wise purchase - whether as a beautiful gift, or as an addition to your holding of tangible assets.