It's sad that such a beautiful piece of history has been converted into a tool by unscrupulous "rare" coin dealers to rip off America's precious metals buyers. As this totally new infographic explains below, shady marketers use deception and misinformation to unload Morgan Silver Dollars at prices WAY above their actual melt value or their resale value. It's extremely important that novice precious metals investors see this information BEFORE they get taken for a ride. Check it out... 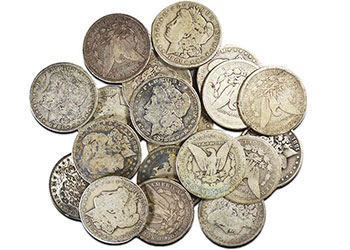 Casual investors looking for a recommendation on what type of silver to buy will often hear the same answer from a typical coin dealer, that being, "well Morgan Dollars, of course." But sadly, accumulating these historic U.S. silver 1933 coins often ends up being a big mistake. 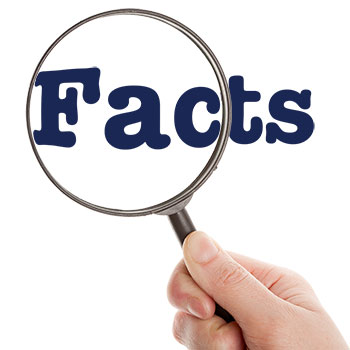 Morgan Silver Dollars were minted in the late 1800s and early 1900s, contain 90% silver (the rest is copper), and are considered to be semi-numismatic coins. They are not unlike many other so-called "rare" coins that we've been warning our customers to steer clear of. Just like the common early 1900s gold coins frequently peddled to unsuspecting buyers by numismatic dealers, the spread between the buy and the sell prices on Morgan Silver Dollars is also awful, thanks to outrageous markups.

For example, the silver content of a Morgan Dollar is actually just a shade over three quarters of an ounce (.7732 troy ounces to be exact), but slick marketing materials often imply that these coins contain a full ounce of silver! 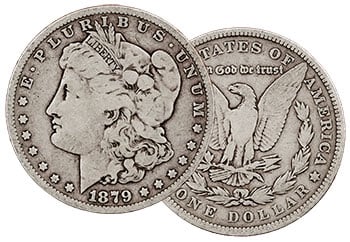 "The price of silver is $20. If you call company XYZ today, you can buy Morgan Dollars for just $22 each."

Sounds like a fair deal, right? Well, the Morgan Silver Dollar melt value at that silver price is merely $15.46. What may have appeared to be a modest premium over the melt value (of just 10%) is nearly 50% in reality!

But when selling these common Morgan Silver Dollars back to a dealer, you're likely to receive no more than a few percent above the melt value, making the all important buy-sell spread 30% or more. This is a 30% loss assuming silver prices were unchanged; it would require silver to rise about 30% just to get back to break even.

Conversely, investors who avoid these types of collectibles and instead stick with authentic bullion products enjoy buy-sell spreads well under 10% – and sometimes as low as 3 to 4%.

Even bags of Morgan Dollars (and Peace Dollars) that are in the worst possible condition are substantially less cost effective than buying standard pre 1965 silver coins. (These mangled Morgans are sometimes referred to as culls or "worse than culls.")

Complicating the issue further is that Morgan Dollars are sometimes graded and slabbed, which can also create confusion as to their value. Graded coins tend to be worth more because of a higher collectible premium, but market prices vary greatly based on mintage year and the condition in that year. Some years are more sought after than others. And the higher the grade or the better the condition, the more desirable the coin generally is. 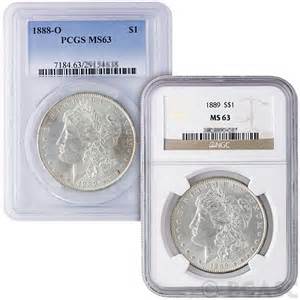 But unless you are a savvy collector and really know the market, it is difficult to avoid getting taken for a ride. The rare coin peddlers are well known for distorting the facts about exactly how rare a coin is or which years are best. Too many people simply take a salesman's word for it and end up regretting their purchase decision down the road as a result. And even if the market price is accurate, there is still the problem of massive buy-sell spreads which generally confiscates 30% or more of your return upfront.

Finally, there is the bogus "non-reportable" claim made by marketers of Morgan Dollars. They assert that these Morgan Silver Dollars afford greater privacy or even immunity from capital gains taxes.

The truth is that virtually all bullion purchases and most sales by individuals do not have to be reported by dealers to the government. (For specifics on the rare circumstances in which reporting requirements could be triggered, go here.)

Your ownership of a bullion coin is almost never reported to, or known by, the government unless and until you sell the coin for a capital gain or loss and you report it yourself on your tax return. No matter what the fast-talking salesmen say, sellers of numismatic or semi-numismatic coins have the same obligation bullion sellers do to report gains "voluntarily" on their tax returns, so there are no meaningful tax or privacy advantages to such high-premium coins under current law. (Long-term capital gains are taxed at the same 28% "collectibles" rate.)

There aren't too many forms of silver that rare coin dealers can make significant money on (they generally focus on gold coins). But, of silver items, Morgan Silver Dollars are their favorite – paralleled only by hyped up "collectibles" like American Silver Eagle Proof Coins.

Chinese Counterfeiters Are Getting into the Action Too

And if the reasons above weren't bad enough, the news of Chinese-produced counterfeit Morgan Dollars has further tainted the market for these coins. These knock-offs have emerged in recent years and are so well produced that many have made their way onto the US coins marketplace and may be offered for sale by unscrupulous or simply naive coin dealers.

Should You Buy Morgan Silver Dollars?

Bottom line: unless you are a collector at heart with money to throw around, or you have an affinity for these coins due to personal nostalgic reasons, we suggest you instead invest your money in bullion coins, rounds, and bars only – at prices close to their actual melt value.