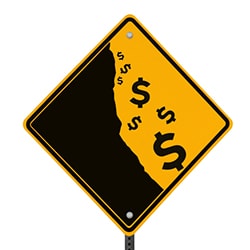 The Thanksgiving holiday week certainly gave precious metals investors something to be thankful for. Gold and silver prices rose sharply and are now positioned to challenge their previous highs for the year.

Investors of all stripes are suddenly optimistic again.

For example, they expect disaster to be averted in Greece for the umpteenth time, as yet another deal to send billions to the perpetually troubled nation seems close to materializing.

The equity markets are also rising on hopes the U.S. will avoid the fiscal cliff. Republicans, who postured as if they were interested in reducing deficits and limiting new debt – without raising taxes – during the summer of 2011, now seem eager to compromise.

We can understand why investors would be happy to avoid the fiscal cliff short term, but long term, the preservation of status-quo levels of spending, debt, and deficits cannot be good news for many investors other than those in precious metals and other tangible assets.

Asset markets appear to be pricing in a bullish resolution to the debate in Congress surrounding the so-called "fiscal cliff" – the phrase referencing the automatic spending cuts as well as tax increases scheduled for January 1. Investors can see Congress and the President working feverishly to extricate themselves from the bind they put themselves into with the deal struck to raise the debt ceiling back in July 2011.

Markets are trading on the near certainty of some grand bargain to avoid the pain associated with changes otherwise scheduled to go into effect January 1. Key Republicans, such as Senator Saxby Chambliss (R-GA), are publicly reneging on their pledges not to raise taxes in hopes of forging a political deal.

The President and his Treasury Secretary, Timothy Geithner, see the spirit of bipartisanship and are moving quickly to seize another huge opportunity. Coming off of a crushing election defeat, Republicans have less fight left in them – so Geithner sees this as a great opportunity to eliminate that "pesky" debt ceiling?

Geithner explained his desire to eliminate the debt ceiling in an interview with Bloomberg this week. He argued that Congress granting the Treasury unlimited borrowing authority would be vastly better than setting "artificial" caps and engaging in political theater each time the limit is reached.

We can certainly understand how awkward it must be for Treasury to be back in front of Congress regularly, requesting trillions of dollars in additional borrowing capacity – even though, admittedly, it is Congress that appropriates the funds leading to these high levels of deficit spending in the first place.

Given the circumstances, we may well see a quiet deal to increase the debt ceiling by some enormous margin intended to forestall the next debate for several years – or elimination of the ceiling entirely, as Geithner proposes.

Couple this with a deal in Congress to avoid significant deficit reduction and suddenly the "fiscal cliff" looks more like a "fiscal launch pad" for precious metals!