A Tale of Two Markets, Paper Vs. Physical: Which One Do You Believe (And Should Invest In)?

"Contradictions do not exist. Whenever you think you are facing a contradiction, check your premises. You will find that one of them is wrong."

With the recent drop in gold and silver futures prices – and bashing of gold in the financial media – you may be wondering who (and which premise) to believe… and if you should keep possession of physical gold and silver.

I want to address the recent downturn in gold and silver futures prices, what caused this massive drop, and explain the difference between the paper futures and physical metals markets. 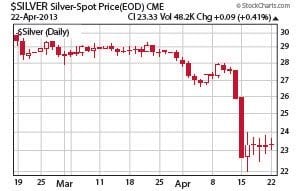 The recent plunge in the gold and silver COMEX prices was due to massive "naked" short selling by big investment banks. This means that firms were allowed to sell paper gold and silver futures short without having the physical inventory to back these transactions. Individual investors aren't allowed to do that with stocks or commodities; however, big Wall Street firms play by a different set of rules.

Mainstream media, investment banks and the Federal Reserve have all worked together the past few months to bolster confidence in the U.S. Dollar, stock market, and Treasury bonds… and decrease investors' confidence in gold.

Why is Wall Street and the federal government so concerned about confidence in American financial assets?

Because more countries around the world are moving away from and trading in currencies other than the U.S. Dollar. Since 1973, the greenback has been the world's official reserve currency – which means that all international trade had to be done in dollars.

Since 2005, China has quietly negotiated bilateral trade agreements with about a dozen countries including Brazil, Chile, India, Japan, Russia – and most recently Australia – to use Chinese Yuan instead of U.S. Dollars. Other nations are increasingly concerned about America's large federal deficits, national debt, and unfunded liabilities. Not to mention massive expansion of the money supply by the Federal Reserve, which decreases the value of the dollar.

This is why other nations want to avoid dollar-denominated assets; and it's threatening the greenback's status as the world's reserve currency. If (and more likely when) the dollar loses this status, it will be very damaging for U.S. financial markets. That's why the financial Establishment is fighting tooth and nail to maintain confidence in the dollar.

There's a big difference between the paper futures and physical markets for precious metals. While the paper market saw a severe sell-off from April 12-15,

physical markets around the world told a much different story. Long lines of retail gold buyers were reported at dealers in Australia, Canada, and Japan; the Perth Mint reported sales of Australian Kangaroo and Lunar gold coins increased by 48% in the first quarter of 2013 compared to same time frame in 2012.

Metals demand was also brisk in the United States. On April 16, the U.S. Mint reported 50,000 ounces of gold had been sold month-to-date, compared to only 20,000 ounces for all of April 2012. Two of the largest silver manufacturers in the U.S. notified retail dealers they've suspended sales of most silver products.

Our own in-house precious metals service, Money Metals Exchange, will not take orders on many silver products right now, as it is extremely important to us that we know we can meet our commitments for prompt delivery. As of this writing the available silver products include 100-oz silver bars, 1-oz silver Austrian Philharmonic coins, and kilo-size Australian Perth mint coins. (Other than kilos, all silver has some sort of lead time.) 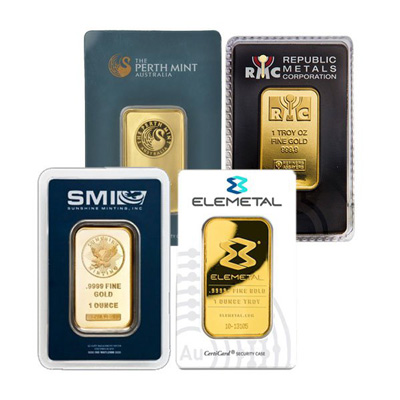 As for gold coins and bars, the most readily available forms to purchase are the 1-oz gold kangaroo and pure gold bars.

The supply side of gold was also affected by two major events. On April 10, a massive landslide at Rio Tinto's Bingham Canyon mine in Utah caused operations to be suspended; company management asked workers to take vacation time or unpaid leave. The mine produced 400,000 ounces of gold and 3 million ounces of silver per year, and experts believe it will be several years before the mine will return to full capacity. 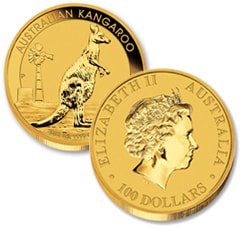 On the same day, the Chilean Supreme Court shut down operations at Barrick Gold's Pascua Lama mine due to environmental and social concerns. This mine has probable reserves of over 18 million ounces of gold and 700 million ounces of silver. Analysts believe this legal battle will take years to resolve, and operations can resume.

Economics 101 tells us that when supply goes down and demand goes up, the price should go up – not suddenly collapse like it did on the COMEX. Another factor supporting gold and silver prices: Central banks around the world are increasing money supplies at unprecedented rates. On April 4, The Bank of Japan announced it will double the monetary base through bond repurchases over the next two years. The Federal Reserve is also expanding its balance sheet by 35% in 2013.

Central banks worldwide have been net buyers of gold from 2008 to 2012 according to the World Gold Council, when they were net sellers through 2007. The People's Bank of China (PBOC), China's central bank, has accumulated large quantities of gold the past several years from Hong Kong and retained all its domestic gold production.

All this information begs the question: If retail buyers and central banks around the world, plus the world's largest country are increasing their holdings of gold and silver – and the financial media and Wall Street and media are telling me not too – who should I believe? More importantly, should I trust and invest in more paper financial assets like GLD and SLV… or physical gold and silver?

"No asset is safe now… The only choice to hedge risks is to hold hard currency – gold."

I couldn't agree more. While you shouldn't put 100% of your portfolio in any one asset class, a reasonable allocation of physical gold and silver in your possession provides a hedge against the risks of paper currency devaluation… possible confiscation, as recently happened in Cyprus… and heavily manipulated financial markets.

Supply, demand and monetary fundamentals for precious metals are as strong as ever, and the preponderance of evidence makes it clear: Smart investors should believe in and buy physical gold and silver, and avoid the false paper promises and premise.