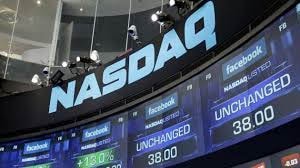 Last week, the NASDAQ made headlines after going dark for 3 hours. The electronic stock exchange – where the shares of 3000 companies trade – shut down due to a technical "glitch." Those were long hours for traders wondering when they would be able to buy or sell shares... and at what price.

In the early hours of this Monday morning, another "technical issue" closed the German based Eurex exchange for more than an hour. Fortunately, in both cases, trading resumed in an orderly manner and investors didn't panic.

But these incidents serve as a warning.

The risks associated with holding bank or brokerage accounts are growing fast. Investors should pause and re-evaluate their asset allocation based on developments in recent years:

As glitches, frauds, taxes, and financial controls accelerate, you must take action and move a portion of your assets "off the grid." Physical bullion, with zero counter-party risk and enormous privacy advantages, represents THE best way to secure yourself from these risks.