On Edge: How Will Markets React to Fed's "Tapering"?

How will the markets react to Fed pronouncements this week? The $85 billion question...will finally be answered.

After months of obsessive speculating in the financial media about whether and by how much the Federal Reserve might taper its $85 billion per month bond-buying program, the Federal Open Market Committee is expected to announce its intentions on Wednesday.

"It's doubtful any Fed announcement in recent memory has been as anxiously awaited as the Fed's statement due Wednesday," reported Fox Business. Yet for all of the hoopla surrounding "tapering," odds are the Fed won't depart dramatically from its current policy.

A Bloomberg survey of analysts forecasts that the Fed will keep mortgage-bond buying at $40 billion per month and only reduce Treasury purchases by $10 billion (to $35 billion per month). Some contrarian analysts still think there's a good chance the Fed won't taper at all, given this summer's bond market sell-off and stubbornly weak employment data.

The downside action last week in the precious metals markets seems to indicate investors now fully expect some tapering to occur. Gold and silver got hit especially hard on Thursday, but prices recovered some of those losses on Friday. Interestingly, palladium held firm as it managed to eke out a slight gain for the week.

Fed Critic Reveals in ExclusiveMoney MetalsInterview: "The Free Market Has Already Started to Taper for the Federal Reserve" 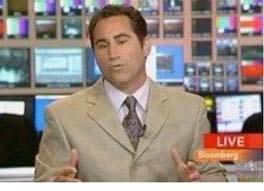 "The free market has already started to taper for the Federal Reserve," Pento said.

"You have rates that were one and a half percent on the ten-year in May. They've gone to almost three percent as we speak today and I think they go to about four percent in Q1 of 2014. And at that point, where we see the economic data come out profoundly weak, that will send us back into a recession, and it's at that point that I think the Fed ends all of the tapering talk – or if you will, tapers the tapering talk."

Precious metals investors should keep in mind that the market already has priced in the probability of some tapering. Therefore, unless any announced reductions in stimulus are bigger than expected, the precious metals could rally on the news. Regardless of how prices are impacted, after we finally get an answer from the Fed investors will at least be able to focus on market drivers other than "taper talk" (for a while at least, one can hope).

The fundamentals for precious metals still augur for a recovery in prices. In a research note released last Thursday, HSBC raised its 2013 average price estimate for gold by $50 to $1,446/oz, based on growing physical buying in China and elsewhere.

On the supply side, central banks are running out of ammunition with which to artificially supply the market, while the mining industry's ability to grow production has been dealt a series of blows – lower metals prices, higher input costs, political and labor strife in South Africa and other major mining countries, and extreme pessimism among investors contributing to a lack of enthusiasm for investing in new capacity or new projects. 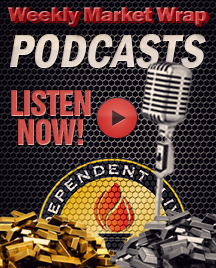