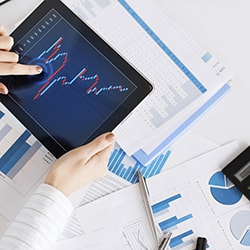 It's been a recurring pattern in 2013: Federal Reserve officials vow more stimulus, investors bid up stock prices. It happened again last week after incoming Federal Reserve chair Janet Yellen's Senate testimony was released. But investors who are counting on the Fed to continue driving the stock market to ever higher highs may be in for a big disappointment. Yellen stated in her testimony last week that official inflation rates were running below target. She thinks the Fed has a mandate to generate more consumer price inflation, raising prices of goods for the people that can least afford it. If she succeeds in doing so when she takes the helm next year, that could spell trouble for the stock market (now priced expensively for very low inflation) and light a fire under precious metals. More on that in a moment. For the time being, though, most investors are positioning themselves for perpetual financial stimulus plus disinflation. As a consequence, they've relegated precious metals to the sidelines. Gold and platinum prices finished essentially flat last week, while silver and palladium each fell more than 3%.

Metals prices have been consolidating for several weeks above their respective July lows. Although the grinding price action has been frustrating for bulls, odds still favor an ultimate upside resolution from these deeply depressed levels. Last week's Commitment of Traders Report revealed that the big commercial traders decreased their net short position on the Comex by 2.8 million ounces. The commercials (who usually move in advance of price trends) now hold a net short position that is near record lows, indicating that they are preparing for prices to move higher in the near future.

For the first time ever, you can now buy junk silver bags in increments of just $10 face value, which contains 7.15 ounces of silver. Grab a few bags of these 90% silver dimes/quarters or half dollars online right now!

It's not our business to forecast stock prices, and we certainly don't rule out the possibility of continued gains in nominal terms for the major equity indexes. But it is worth taking into account how precious metals have performed historically when stocks have entered bear markets in real terms (1970s) and in nominal terms as well (2001-2002, 2008).

Gold and silver have tended to fare relatively well during bear markets for equities. Gold has been more reliable, but silver offers more explosive potential. Why consider the potential for another bear market in stocks now? Because today, stocks are trading at valuations that have often been seen at major tops in the past. One of the ways that Warren Buffett gauges stock market valuations is by comparing the aggregate market capitalization of the Wilshire 5000 (largest 5,000 companies in the U.S.) to the size of the economy. When these stocks are less than 80% of GDP, Buffett considers the market to be attractively valued. Today, the Wilshire 5000 represents 109% of GDP.

The Shiller cyclically adjusted price to earnings (P/E) ratio for the S&P 500 is now above 25 – a level that was seen at the 1901, 1966, and 2007 peaks. There is very little precedent for stocks trading above this level. Only in 1929 and in 1999-2000 has this valuation metric gotten above 30. Major stock market crashes followed. One of the things that can cause P/E ratios to contract and stock values to fall is an increase in inflation expectations. Investors will demand higher earnings yields and higher dividend yields to compensate for inflation risk, as they did during the 1970s. That's when precious metals can really shine as a safe haven both from inflation and a declining stock market. During the decade of the 1970s, stock prices were essentially flat. But because inflation accelerated into the double digits, the real losses suffered by equity investors were tremendous. Gold and silver not only protected investors from inflation during this time; they provided returns well in excess of cumulative inflation.

Now may prove to be another of the great opportunities in history for investors to trade out of an overheated stock market and into precious metals – or at least move to hedge their stock portfolios with a significant allocation to physical gold and silver.