We'll send you 20 free ounces of copper with a $2,000+ order of precious metals and 40 ounces plus free shipping and insurance on a $10,000+ order. Take advantage of today's bargain precious metals prices and grab these freebies -- just call 1-800-800-1865 or order online by entering our website here. The copper and shipping bonuses will be automatically added to your cart!

The year approaches its end and spot prices for gold and silver will log their worst 12-month period since the secular bull market began more than a decade ago.

Now more than two years into the correction, the precious metals markets are testing the fortitude of long-term investors. Meanwhile, the crowd of pundits and conventional thinkers who never understood the forces that drove silver up from $4 and launched gold from $250 are now crowing about the end of the great run.

The pundits may be in for another surprise.

A number of key developments in 2013, generally ignored by futures traders and CNBC reporters, indicate the secular bull market has years left to run. The bottom needed to launch the next leg higher is near, if not already behind us.

Understanding this dynamic is one of the keys to understanding how spot prices could perform so poorly -- even as demand for physical metal surged. 2013's mine output is a record, a fact that seems counter-intuitive. Why are mine operators ramping up production given what has happened to prices?

The answer is inertia. Finding and developing a new mine is a long-term proposition. Mining companies raised capital and began the ordeal of building new mines years ago, when prices were on the rise. Neither shareholders nor mining executives expected what we got -- a lethal combination of lower prices and higher costs.

Today mines are failing, and capital markets for new projects are in a deep freeze. We expect significantly lower mine output in 2014. And the same inertia that drove extra supply well after prices fell will constrain supply long after prices recover, fueling the rally.

Record Consumer Demand for Physical Gold and Silver in 2013 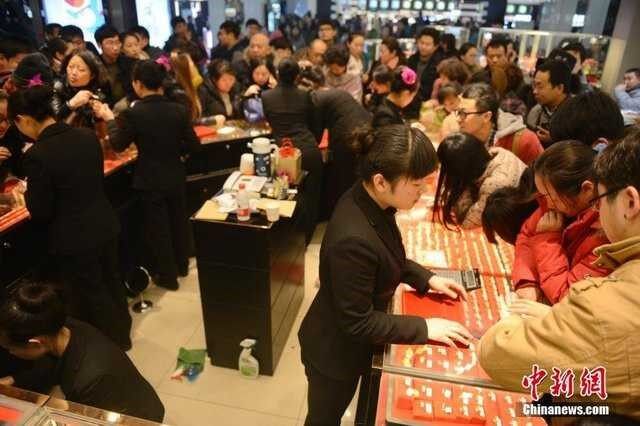 The World Gold Council reports record consumer demand for gold and silver this year. This can be partially explained by markets working as expected -- lower prices stimulate increased buying.

However, worldwide demand has risen consistently in recent years as inflation fears mount. And central banks, until recently net sellers of gold for decades, continued buying throughout 2013.

Enormous quantities of physical gold left vaults in the West for vaults in the East – from where it will likely never return. The photo above highlights one of the great disconnects from 2013: massive selling in the futures markets simultaneous with massive buying in the physical market. This kind of divergence is possible only in the short run.

The moment of truth arrived for Congressional Republicans this fall – but they totally failed to hold the line on federal spending. Political theater and faux battles surrounding the budget and the debt ceiling may have fooled some into believing there was still a chance of spending reform. But the House of Representatives threw in the towel -- agreeing this month to a budget deal that yields back most of the token sequester cuts they “won” in 2012 and guarantees continued growth in federal spending. 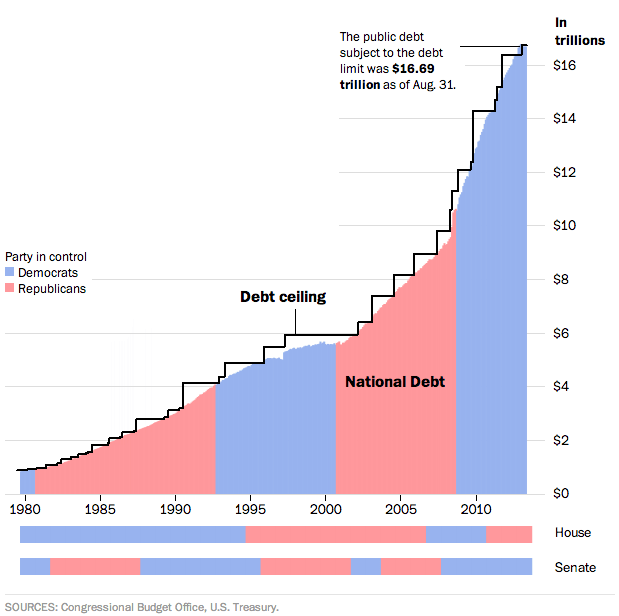 More Americans are slowly opening their eyes to the reality that there is no political solution to the accelerating debt crisis revealed in the chart above. It should be clear by now that our own politicians are unwilling to change the trajectory. The only question is when our debt crisis will become a currency crisis.

Super Dove Janet Yellen to Lead the Fed as Buyer of Last Resort for U.S. Debt

The FOMC announced it will make a token reduction in the Fed's $85 billion-per-month stimulus program in January. But, as Money Metals Exchange pointed out, the selection of Janet Yellen as new Federal Reserve Chairman should tell investors everything they need to know about Fed policy in the coming years.

The Fed has cultivated an addiction to stimulus that will be excruciating for markets to shake -- even if the Fed leadership possessed the resolve to embark on that course. Since the announcement on tapering earlier this month, yields on U.S. Treasuries spiked sharply. Yields on the key 10-year bond broke above 3% last week for first time since 2011. This could bring pain to the fragile economy -- from mortgages to commercial lending. The Fed will not easily be replaced as the buyer of 80 - 90% of all new U.S. debt.

Expect another quiet news week in the markets.Money Metalsoffices will be closed New Year's Day, but we're otherwise open during our normal business hours to answer your calls and help facilitate your year-end gold and silver transactions. As always, you may visit IndependentLivingBullion.com at ANY time to place an order, get updated prices, or find a wealth of precious metals news and guides.