Silver was the only metal that struggled last week, and ALL metals are up smartly today and nearing key breakout levels – in reaction to events in Ukraine, U.S. economic data, and continued worries about China.

The yellow metal is looking strong at $1,350 this morning, and if gold closes decisively above $1,350 in the coming days, it may rise quickly to $1,400. Silver still has a bit of work to do before convincingly overcoming the $22 level, but the “poor man's gold” could then rally to $24.

Platinum is now poking out above a key level and could rally $100 to $1,550 before encountering new resistance. And if palladium conquers $750, it should run fairly quickly to $780. 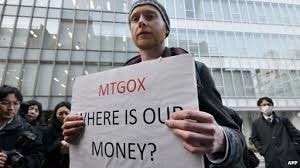 In investing, there's no such thing as a risk-free return. But when an asset goes into a raging bull market and gets hyped up by “new era”-type stories, investors tend to massively underestimate risk.

t was the case with too-big-to-fail hedge fund Long-Term Capital Management in 1998, with dot-com stocks in 2000, and with real estate in 2006. And it's most certainly the case with digital crypto-currency Bitcoin today.

Just last week, Mt.Gox, once the largest Bitcoin exchange, filed for bankruptcy. Some $473 million worth of bitcoins have electronically evaporated and may never be recovered.

Ironically, this is exactly the type of disaster Bitcoin promoters repeatedly told us couldn't happen! They touted the decentralized, peer-to-peer nature of the Bitcoin network. They told us that Bitcoin cut out the middle man and eliminated counter-party risk. They insisted that a bitcoin's value was secured by impenetrable encryption that made theft or tampering impossible. 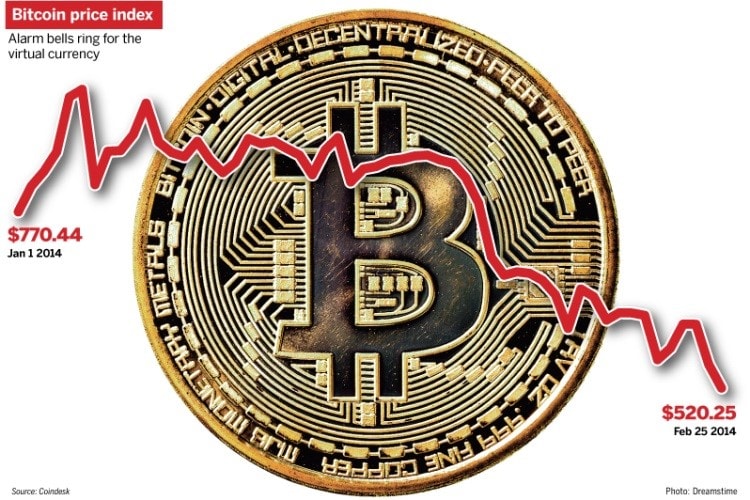 Bitcoin promoters lauded their intangible, unbacked, irredeemable digits as a true free-market currency that government couldn't control. (Not to be misunderstood, we fully support the concept of a free-market currency.) But now many of Bitcoin's backers are themselves calling for government regulation to prevent future disasters like the Mt.Gox blow up!The lesson here is that all assets that exist in electronic form can (and probably will) be monitored and controlled by governments, carry significant counter-party risk, and be subject to technological failure. By contrast, a gold or silver coin, bar, or round in your possession carries no counter-party risk.

Precious metals, like all assets that trade between willing buyers and sellers, do still carry market risk. That is to say, there is always the possibility that gold or silver spot prices will go down right after you buy. But unlike any given stock, bond, currency, pseudo-currency, or other non-tangible asset, physical precious metals can never go to zero. They can't default or go bankrupt. They can't be hacked or electronically disabled by governments.

Precious metals will always be worth something substantial because their supplies are limited by nature and they have actual, real-world utility – or what is also known as intrinsic value. Fiat currencies and the new digital alternatives that mimic them have no intrinsic value. They could become worthless. And in the very long run, most (if not all) will.