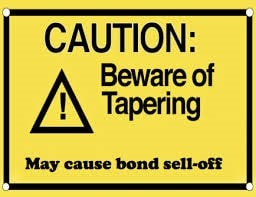 March 24th, 2014 -- The gold and silver markets enter the new week probing for potential support levels after stumbling badly last week. Prices for gold fell 3.5% while silver swooned 5.4% as investors worried less about a potential conflict with Russia and worried more about further rounds of stimulus reduction by the Federal Reserve.

The new Fed chair, Janet Yellen, announced an additional $10 billion in “tapering” to the Quantitative Easing program. She further spooked the markets by hinting the Fed may completely wind down its aggressive bond purchasing program by year end and even commence raising interest rates 6 months afterwards.

Treasury yields moved higher, and the U.S. dollar rallied sharply -- actions that indicate investors expect the Fed to continue tapering. U.S. equity markets, on the other hand, don't seem to be buying the notion the Fed will move toward a more responsible monetary policy. The S&P 500 suffered briefly following the announcement, but quickly regained those losses and moved higher.

A similar pattern was seen in palladium prices. On Friday, the catalytic metal surged to its highest level since July 2011. We've long noted the benefits of owning palladium bullion as a portfolio diversifier. Palladium often moves to the beat of a different drummer, and it sure did last week!

There are plenty of HUGE unanswered questions about whether or not Fed officials have the stomach to force addicted markets to quit stimulus cold turkey. How will the Treasury market fare when the central bankers walk away and the U.S. government must find new funders for more than 70% of new borrowing? 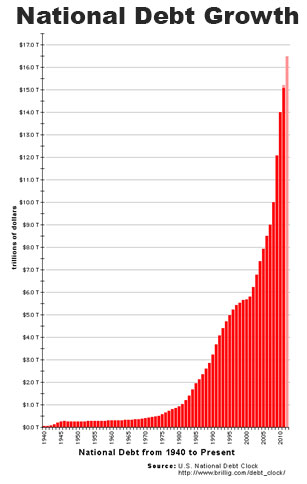 CNBC commentators, politicians, and bankers keep aggressively peddling the notion of recovery. But the percentage of people with jobs (aka the Labor Participation Rate) is at 40-year lows and continues to fall. Federal debt growth is now almost vertical as shown by the adjacent 70-year chart. None of these structural problems have been solved, so their assurances ring a bit hollow.

The current disconnect between the equity markets and the metals markets is something investors can exploit. Two scenarios are plausible from here:

In either scenario, bullion looks like a better bet than owning mainstream stocks.

In fact, with stocks still at high valuations, now is an opportunity to lighten up on stocks and add to your holding of gold and silver. The relative valuations of the two asset classes reached an extreme at the end of 2013, and investors are starting to see that unwind. Despite last week's setback, gold and silver have outperformed stocks since January 1st. Look for that trend to continue in the coming months.