Tips for Getting Your Precious Metals “Starter Stash”

It's difficult to begin a new project, even if it's something you've decided you definitely should do. Nevertheless, the one thing which sweeps away all of the “limiters” to getting something done is quite simply… taking action.

When the topic is putting together a “starter stash” of physical precious metals, even the smallest step – buying a few silver bullion rounds, picking up a one ounce Gold Eagle bullion coin (even a one-quarter or one-tenth ounce coin), or a handful of “junk silver” (pre-1965) U.S. silver coins, is the surest way of stepping solidly onto the path of exchanging some of the “paper promises” in your wallet for a bit of “physical reality.” 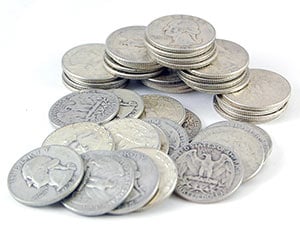 It's a time-tested way of placing a portion of your disposable income into what, in the case of gold and silver, has been looked upon as real wealth for several thousand years.

Nowadays, with well-documented reporting about the looming shortage of platinum and palladium, you can add these choices to the list, forming what I have referred to as the “precious metals four.” These are metals which while used primarily in industrial application, are now increasingly becoming the focus of stepped-up investment demand as well.

David Morgan and I have long discussed in the pages of The Morgan Report the virtues of getting physical metal first, before even considering mining stocks, ETFs or other additions to a resource sector portfolio. Money Metals Exchange has been consistent on this point as well.

I have never recommended that folks venture deeply into numismatics – an esoteric field where a particular coin is valued and graded (sometimes subjectively) for its rarity, production quality, or its level of desirability among other collectors.

Above all – if you really hope to turn a profit someday on your purchase – beware of buying precious metal commemoratives, special event medallions, coins, or ingots. The only exception for this might be in case you truly love the artistic nature or subject matter of an item in question, not because you expect one day to sell it for a profit due to its metal value. I have actually seen “limited edition” specimens advertised for 5 to 10 times the value of their gold or silver content! 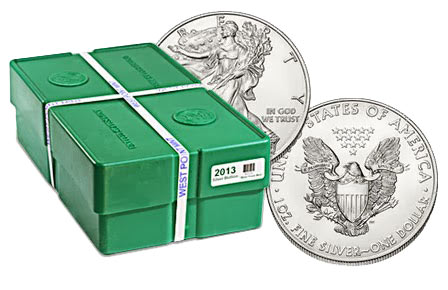 What's really important in putting together your “starter stash” – and building it over time into something of significant dollar value – is to pay as close as possible to the current value of the metal itself when you make your purchase. You can expect to pay a premium for the expense of refining, minting, and distribution. But that premium should be a small percent of the metal's value.

Factors in the amount of the premium (which can vary) could involve current demand in relation to dealer supply, how much the spot price was moving up or down (volatility), and the size of your order.

Also, remember that when you get around to selling some of your metal back to the dealer, he will generally be paying you the spot price, not the additional premium you originally paid. In the case of our example above, if you paid $21.50 per ounce of silver bullion, with a spot price of $20, the “breakeven” level – where silver would have to be trading when you wanted to sell yours – would need to be at minimum, $21.50.

Although you should generally try to get the most silver ounces for your money, it's not unreasonable to pick up some American Silver Eagles, or silver Candian coins like the Maple Leaf silver coin, even though they cost a bit more than rounds and bars.

In addition to the massive demand which has been building over the last few years, the American Eagle silver bullion coin (introduced by the U.S. Mint in 1986) carry a premium over spot of at least $3.00 each. You are paying about twice the premium you would for a silver bullion round of the same weight and purity but receiving an actual legal tender coin recognized around the world (and of great beauty to boot). 2013 sales of American Silver Eagles set an annual record, and they so far have continued to do so on a monthly basis.

They can be purchased in single units, tubes of 20, or in what the trade calls a “Monster Box.” These heavy-duty green plastic boxes contain 500 coins, packaged 25 tubes, with 20 coins to a tube. 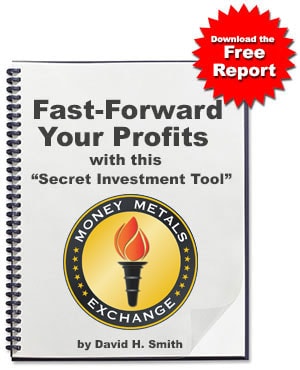 Generally, the boxes, which come sealed by the U.S. Mint with identifying nylon straps, should not be opened, because when/if you decide to sell the box, each tube would have to be inspected and counted. Depending upon current demand, it is not uncommon for dealers to pay a higher premium over spot when they buy back one of these impressive containers, each of which weighs around 42 pounds. (But the buyback price on Eagles, Maple Leafs, and Philharmonics will generally be a bit over the silver spot price in any event.)

Whether or not you get around to accumulating enough silver to fill a Monster Box of Silver Eagles – or you stock it with standard bullion rounds – is less important than simply getting into the active mode of building a supply of what is increasingly becoming a sought-after metal around the globe.

Yes, it would have been great if you had bought silver years ago when it was $5/ounce, but that was then and this is now. If you believe as I do that the availability of silver is going to increasingly come into question even as the price moves much higher, perhaps it's about time you took some action.

The old saying that a journey of a thousand miles begins with a single step is a great analogy for putting together your precious metals' “starter stash.” So, get started – even if it's one ounce at a time!