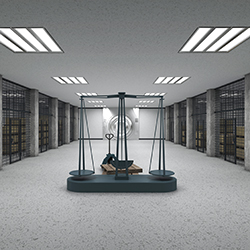 The stage is set for one of the most important legislative battles of the 114th Congress.

It didn’t take long for the Washington Establishment to react with outrage – maybe because they know this bill now has an excellent chance of becoming law.

Shortly after Sen. Paul introduced S. 264, the Wall Street Journal online, in a column that reports on Global Central Banks, carried a headline “Yellen Prepared to Fight a Revived ‘Audit the Fed’ Movement.” 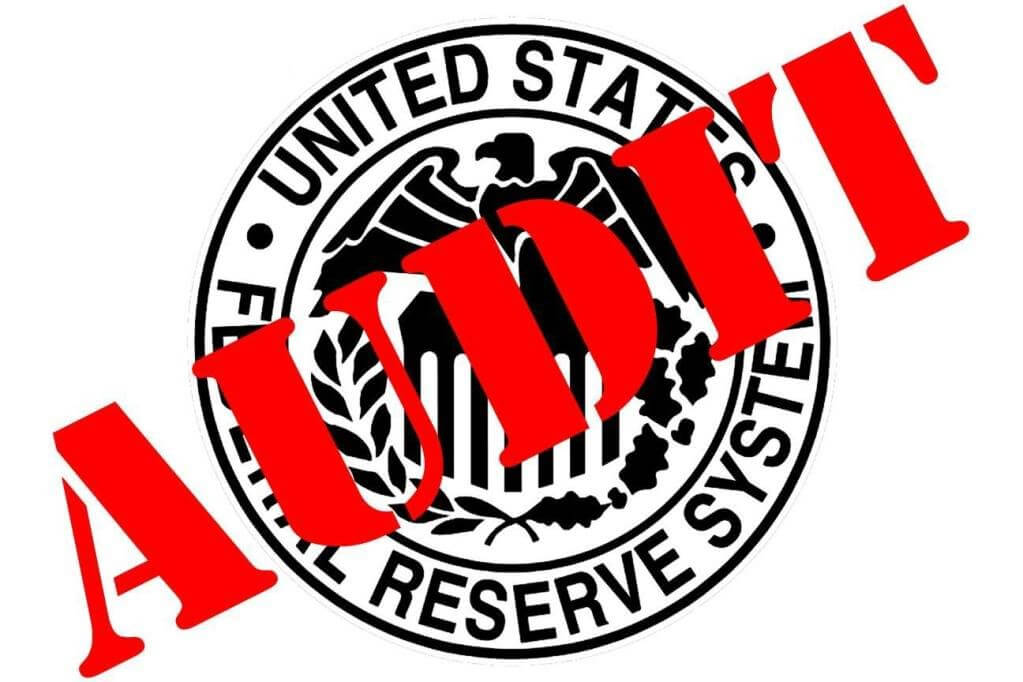 Wall Street Journal reporter Jon Hilsenrath noted that former Fed Chairman Ben Bernanke had strenuously resisted such a proposal and that current Fed Chairwoman Janet Yellen recently went on record saying that she would “forcefully make the case” against it.

Surveying the opposing forces, the Journal reported, “Ms. Yellen will have President Obama on her side again if the bill gets new life. She will also have the central bank’s 12 regional bank presidents, an influential but little seen force in Congress with strong connections in the deep-pocketed business and banking communities around the country.”

In the past few days, nervous Fed Governors have fanned out across America to denounce the effort on TV and in high-profile speeches. 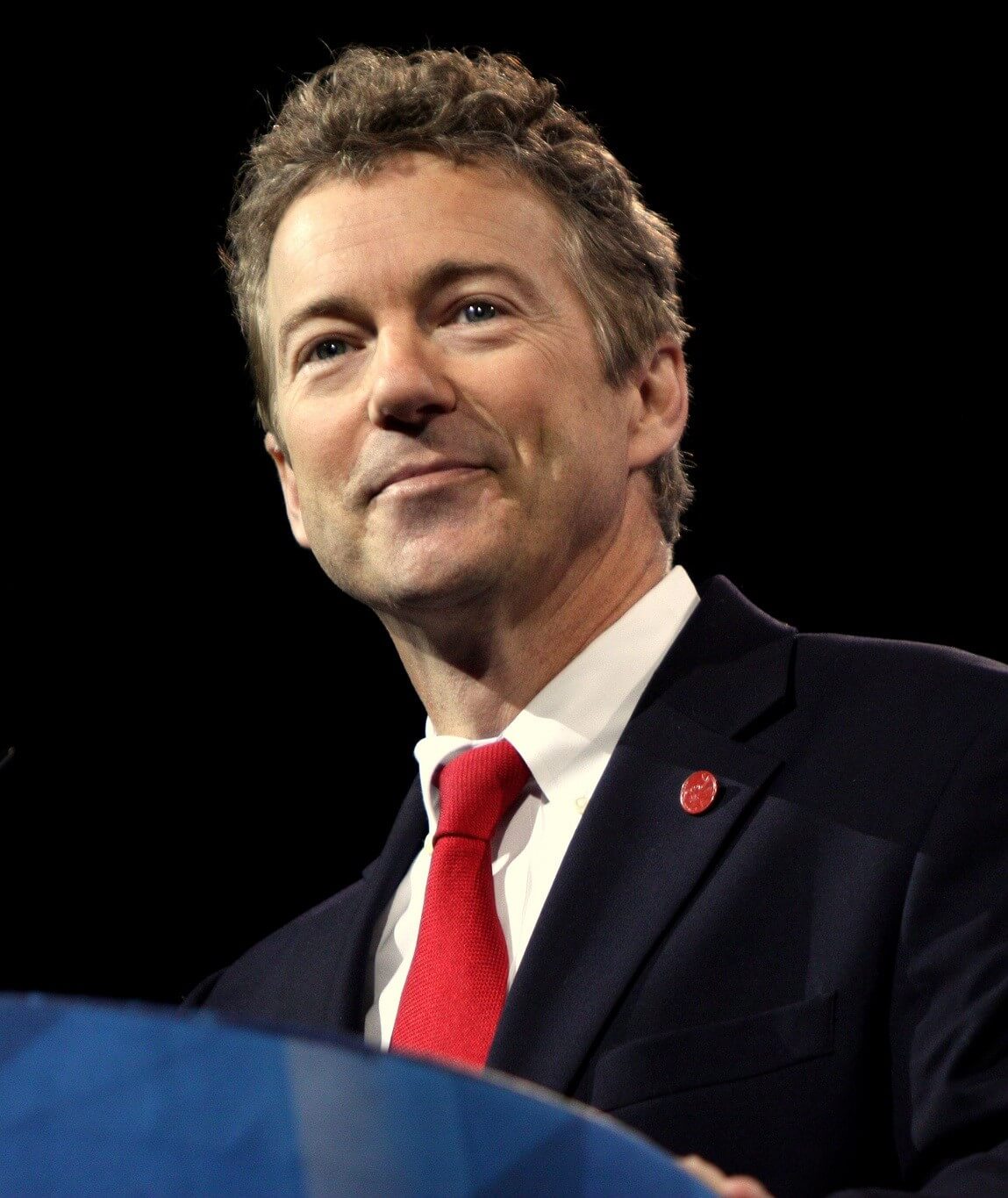 Apparently forgetting the secretive and intensely political deals the Fed made with big banks during the 2008 financial crisis, Plosser added with a straight face, “This runs the risk of monetary policy decisions being based on short-term political considerations instead of the longer-term health of the economy.

Of course, it’s preposterous for the Fed to suggest it is not "political" while simultaneously lobbying elected officials at full tilt, including huddling in secret meetings with members of the Democrat Party.

Underscoring how nervous Washington’s power players are, Alan Blinder, a former Fed Vice Chairman who is currently advising Hillary Clinton, penned an insulting op-ed in the January 28 print edition of the Wall Street Journal, headlined “Beware of Woolly-Minded Attacks on the Fed.”

Blinder, a Princeton University economics professor, specifically targeted the “Audit the Fed” proposal, calling it “an old standby that has been rejected by Congress several times.”

Blinder is deliberately twisting the facts. Let’s review the record.

Former Rep. Ron Paul (R-TX) introduced the original “ Audit the Fed” bill in the 112th Congress, and it passed the House of Representatives by an overwhelming majority of 327-98 on July 25, 2012. In the 113th Congress, Rep. Paul Broun (R-GA) reintroduced Dr. Paul’s bill and once again it passed the House of Representatives on September 17, 2014 by a crushing margin of 333-92.

On both occasions, Senate Majority Leader Harry Reid (D-NV) employed his usual obstructionist tactics and refused to schedule the popular bill for a Senate vote.

So Professor Blinder is lying when he argues Congress has rejected the bill. The truth is that one senator, Harry Reid (acting at the behest of Barack Obama and Fed Chairman Ben Bernanke), scuttled the legislation.

It is likely that H.R. 24 will once again pass the House of Representatives by an overwhelming margin. If it achieves just 75% of its prior House support, the bill will still enjoy a veto-proof majority. Then the action will move to the Senate, where Harry Reid, now the Minority Leader, will no longer be able to bury it.

Your support for the Sound Money Defense League is needed to make sure this happens.

Senate Democrats, possibly joined by some Establishment Republicans, could still derail the bill by mounting a filibuster. In that case, the bill would need 60 votes to pass.

Even if the bill passes the Senate, it is certain that President Obama will follow the advice of Fed Chairwoman Janet Yellen and veto the bill. Congress could only override the veto by a 2/3 vote.

Achieving that will be a challenge, especially with the Fed using any means necessary to defeat the bill. Get ready for the Big Banks (remember they literally own the Fed) and the Washington politicians to flood the media with predictions of economic doom if the bill passes. Alan Greenspan, Ben Bernanke, and Janet Yellen will all play a major propaganda role.

The dollar is no longer backed by gold, but "used car loans, bad home loans, distressed assets, and derivatives."

The key to success is to fire up enough grassroots pressure that the bill receives bipartisan support in the Senate, as it already has in the House.

So far, one Senate Democrat, Sen. Mazie Hirono (D–HI), has broken ranks and signed on to co-sponsor the bill with Sen. Paul. With enough grassroots pressure, more Democrats are likely to join her.

After all, the Federal Reserve Transparency Act (the bill’s formal name) is hardly a revolutionary idea. Congress and its accounting arm, the Government Accountability Office (GAO), routinely perform oversight, including audits, on federal agencies that are a lot less powerful than the Federal Reserve.

Of course, that’s really the point.

The Federal Reserve has become so powerful and so immune from critical scrutiny that its central role in economic policymaking is zealously hidden from public view.

That’s why this battle is one of the most crucial fights of this Congress. With your support today the Sound Money Defense League will mobilize the vital grassroots pressure needed to defeat the power brokers in Washington and on Wall Street.

Will You Help Us Out?

Join the ranks of the Sound Money Defense League with a gift of $10 or more, and we'll even send you one free silver coin (or even 4) as a symbol of Sound Money! Please do it now: