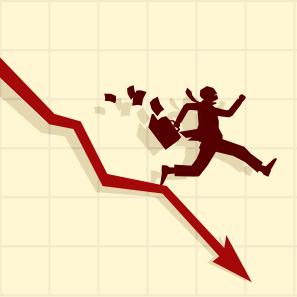 The financial media trumpeted unemployment “falling” to 5.5% in last week’s jobs report. Maybe investors relied upon CNBC’s analysis and reached the wrong conclusion; that the falling unemployment rate and the economic recovery behind it supports the rationale for the Fed to abandon stimulus and start raising interest rates.

If the Fed raises rates, it’s good news for the dollar – but it’s not necessarily bad news for gold and silver which in the past have shown strength in a rising interest rate environment.

However, even if Fed officials may use declining headline unemployment as an excuse to raise rates, they are smart enough to know the underlying jobs data is anything but good. Maybe last week’s reaction to the Employment Situation indicates investors know better too.

A deeper look at the numbers, once again, reveals just what a sham the headline unemployment rate is. The fact is that 92.9 million Americans are no longer receiving unemployment benefits and remain without jobs. The BLS shoves them off the books for purposes of calculating the headline rate. The rate of employment is the lowest it has been since women began entering the workforce more than 40 years ago, and it’s continuing to fall. 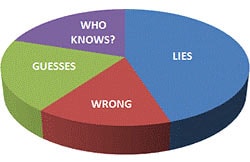 Even the 92.9 million number doesn’t tell the whole story. Money Metals contributor Guy Christopher astutely points out the media errs almost universally by publishing that number as the total unemployed. They forget to add back in the number of people that the BLS actually recognizes; those without work, but still receiving benefits. This amounts to another 8.7 million in the most recent report.

So the official government number of working age Americans without a job is actually 101,600,000. And that doesn’t even take into account some of the adjustments the BLS makes to underreport the unemployment epidemic, prompting the head of the prestigious Gallop Organization to call the government's unemployment number "The Big Lie."

Regardless of whether investors fear a deteriorating economy, Fed tightening, or both, for now they are selling most assets and holding dollars. But gold and silver prices have remained above the bottom they established last fall.