Never before has holding bonds denominated in national currencies been more risky and less rewarding. That may seem like a provocative statement, but it’s not hyperbole. It’s the reality investors around the world now face. 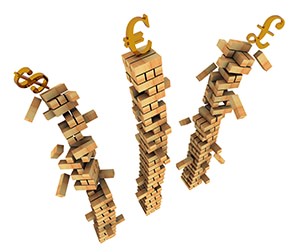 Sovereign debt issued by Western governments sport record-low yields – in some cases, negative yields! Earlier this year the yield on the U.S. 30-year Treasury dipped to an all-time low of 2.25%. Meanwhile, despite talk of rate hikes to come, the Federal Reserve continues to keep short-term rates near zero.

The Fed has taken unprecedented steps to make holding dollars unappealing with the goal of stimulating consumer and business spending. But other central banks, including the European Central Bank, have managed to undercut the Fed by pushing their own lending rates below zero. European bonds are being issued at rates so low as to make U.S. debt instruments look comparatively attractive.

And bond buyers are taking on ever increasing levels of risk to just try to get half-decent yields. Bondholders are going out further and further in duration, locking in fixed yields for even longer than 30 years. 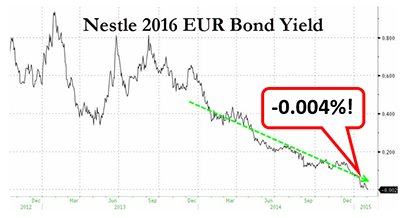 Global sales of bonds that won’t mature for more than 30 years have soared to $69 billion year to date, according to the Financial Times, a 12% increase from the same period last year. The United Kingdom recently introduced a 53-year bond after Spain and Canada, and a handful of corporations, began selling 50-year bonds of their own. If 50 years isn’t a long enough time for you to wait to get paid back, you might find new 100-year peso bonds issued by Mexico to your liking!

Needless to say, the currencies in which some of these ultra-long-term bonds are denominated could become worthless by the time they are due to mature. Anyone who thinks he can predict currency exchange rates, inflation rates, interest rates, or default risk over the next 100 years, 50 years, or even 30 years, is deluding himself. Yet bond buyers seem eager to speculate that their pittance yields will remain viable in the unknown economic environments and market conditions ahead.

Buyers of gold and silver don’t need to speculate about whether their precious metals will be viable decades from now. Physical gold and silver aren’t anyone’s liability, can’t default, and retain intrinsic, universally recognized value that transcends all fiat currencies.

One of the knocks on precious metals is the notion that they have no yield. Of course, measured in fiat currencies, metals owners’ principal has generally risen… but the “no yield” argument doesn’t even pass the smell test when government bonds don’t have yield either. 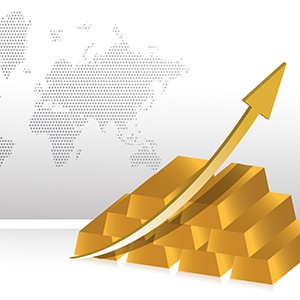 We fully admit that we can’t predict what gold and silver prices in terms of U.S. dollars will be decades from now. In a sense, the nominal price is irrelevant. What matters – and what has been proven through hundreds of years of monetary history – is that gold and silver retain purchasing power.

Dollars, over time, lose purchasing power. In his annual letter this year to Berkshire Hathaway shareholders, Warren Buffett noted, “During the 1964-2014 period… the purchasing power of the dollar declined a staggering 87%. That decrease means that it now takes $1 to buy what could be bought for 13¢ in 1965 (as measured by the Consumer Price Index).”

Buffett warned against treating “cash-equivalent holdings” and “currency-denominated instruments” as risk-free assets. Holding them over long periods is quite risky. If the dollar loses another 87% of its purchasing power in the next 50 years, then holders of cash and fixed-rate, low-yield bonds will experience significant real losses. There’s also a risk that the dollar’s value will decline more rapidly in the future than it has in the past.

Don’t be fooled by the recent “strength” in the dollar versus other unbacked foreign currencies. Yes, it does look impressive on the chart. The Dollar Index has spiked all the way back up to 100 – a level last seen at the beginning of 2003. But the dollar’s purchasing power has not recovered to 2003 levels – not even close! 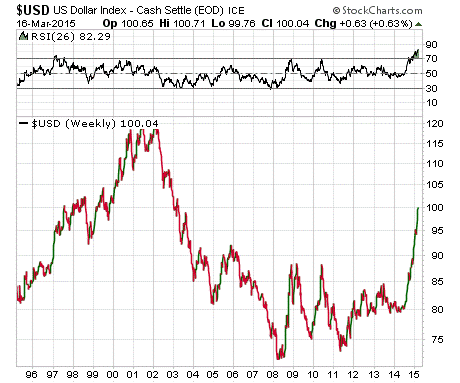 In 2003, you could buy an ounce of gold for just $345 spot. Silver traded for a mere $4.75 an ounce. Clearly, the dollar’s purchasing power has weakened substantially in the 12 years since. Precious metals have retained theirs, despite succumbing to downdrafts of late.

A rising Dollar Index makes it tough for metals prices to advance in terms of dollars. (Gold and silver are showing strength in terms of euros and have skyrocketed in terms of Russian rubles and Ukrainian hryvnia.) At some point, though, the dollar will slip. It cannot maintain its current rate of ascent in perpetuity.

Looking at the USD chart, a 26-week Relative Strength Index (RSI) momentum gauge shows that the up-move since mid 2014 is registering a more extreme RSI reading than any of previous moves over the past 20 years. What we have is a spike – not necessarily a long-term trend in the making. Spikes can reverse just as dramatically in the opposite direction.

Regardless of how the dollar fares versus the euro or other currencies in the near term, the dollar stands to resume the long-term trend identified by Warren Buffett. The dollar, over time, is destined to depreciate against real assets, including gold and silver.