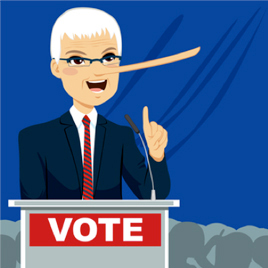 Gallup just measured approval for Congress at 8%. That is down 16 points from the longer term average of 24%. Only a third of Americans support the President. The poll results make for some interesting reading. That is about it. The truth is, even if it seems like those pathetic approval numbers should matter to elected officials, they don’t.

Congress and the President march on unimpeded, just as they have for decades. Your approval is pretty much irrelevant. They carry right on with the parade of unpopular legislation: hikes in the debt ceiling, bailouts for billionaires, and wars of choice.

All the while taxpayers just keep paying. Every couple of years we argue about which candidates are least bad and then hold our noses and vote. Over time, the government takes larger and larger amounts of money and leaves us with less to show for it. You might say we’re victims of a confidence game, except almost no one actually has any confidence.

Gallup reported dwindling faith in a host of U.S. institutions. Some people will talk about it with a sort of disgusted resignation, wondering how much lower confidence can fall before changes get made.

Don’t we live in a democratic republic? But if 8% approval isn’t slowing Congress down, you must accept they don’t technically need any approval at all. Politicians may well be taxing, regulating, and indenturing unborn generations when the approval rate drops to 4%. Or even zero.

The game they are running isn’t a confidence game, it’s a compliance game. And compliance can be enforced – whether you like it or not.

Political elites might prefer to have approval. It makes getting compliance easier. But fear of enforcement works more reliably. It works even if approval falls from a pitiful long-term average of 24% to a wretched 8%. A fact that is never more apparent than when April 15th rolls around each year.

Measurement of compliance, rather than approval, is more useful when it comes to forecasting change. Of course, not many people will share the truth about whether they follow the law with a pollster from Gallup. We have to rely on other indications that people are moving beyond mere disapproval. Here there is good evidence that Americans aren’t just fed up, they are starting to do something about it. 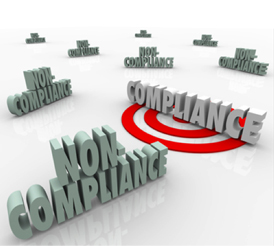 Non-compliance is growing. The Tenth Amendment Center tracks and supports nullification of Federal laws on a number of issues. Marijuana is now legal in a number of states. “Right to Try” bills passed in Illinois and Alabama, allowing terminally ill patients there to use treatments the FDA deems illegal. Similar bills are pending in a host of other states.

The recent bill in Texas to establish a gold depository includes language to preemptively nullify any moves by Washington DC to confiscate Texans’ gold.

Federal authority is under attack on wide-ranging issues... from NSA spying to the Common Core standards in schools.

Plummeting approval ratings for leadership in Washington isn’t translating to any significant reform, but that doesn’t mean change isn’t coming. Compliance is also falling, and that could be profound.