Why Banks Rob Depositors: "Because That's Where the Money Is" 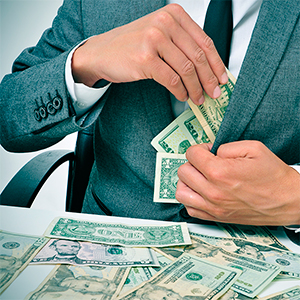 One of America's most notorious bank robbers, Willie Sutton (1901-80), is said to have remarked that he robbed banks "because that's where the money is." In a strange twist, the banks themselves are now beginning literally to rob their own customers.

The theft occurs via the innovative practice of "paying" (i.e. "charging") negative interest rates on savings and checking account balances combined with account maintenance fees. Cash strapped Greece is looking to go even further – charging customers for daring to withdraw cash! So what gives here?

Banking Policies Are Becoming Injurious to Your Financial Well-being

Since the global financial near-collapse of 2008, Central Banks, led by the U.S. Federal Reserve, have tried to solve the problem of faltering economies, excessive debt creation, government deficit spending and a deflationary landscape by flooding the system with fiat money, literally created out of thin air.

Their reasoning is that the problem of excessive, unpayable debt can be solved by creating still more debt!

If you had trouble paying off a $300,000 dollar home mortgage, would borrowing another $200,000 to continue making payments help you solve your dilemma? Of course not. You would simply owe a total of $500,000! Yet this is exactly what many of the world's leading financial wizards have been doing to keep government budgets afloat for the last 7 years.

In an effort to stimulate the economy and encourage consumption, the Federal Reserve has lowered interest rates well below where they would be if allowed to fluctuate based on free-market forces like business and consumer demand.

This has taken us to a Zero Interest Rate Policy (ZIRP), which by definition is theoretically the lowest rate that a central bank can impose as part of its strategic agenda. The closer rates get to zero, the fewer options monetary planners have at their disposal to attempt to stimulate economic demand.

The effect of excessive money creation has been compared to the liquid sloshing around in a giant punch bowl.

And since interest rates are so low, investors must take on more risk in the search get greater returns. Across the globe, this new money – in an uncontrolled manner – seeks out profitable venues for growth.

A great deal of the central bank-created paper/digital money thus ends up chasing finite amounts of art, real estate, collectibles, or financial assets like stocks or bonds. This has sparked the latest stock market bull runs in one country or another, leading to new and unsustainable bubbles.

Afterwards, the supposedly most-connected person on the planet – the U.S. Federal Reserve Chairman – always seems to be surprised.

The War against Cash 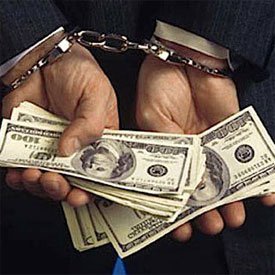 While investors are chased into higher risk assets in search of yield, we are witness to a simultaneous "war on cash."

Governments around the globe have lowered the amount of cash a person can withdraw without attracting the attention of authorities, who snoop on you to make extra sure you aren’t dealing drugs or selling weapons to terrorists. France, Sweden, Denmark, Israel are just the most recent to have announced this change.

With the formation of groups like the Orwellian “Better Than Cash Alliance,” plans are underway to eliminate cash altogether and leave the public with little choice but to keep all their money in a digital account. While using only electronic money may seem to be more "efficient," it makes it possible for authorities to track all of your financial dealings AND even allow banks to impose a Negative Interest Rate Policy (NIRP) upon you.

Without measures to prevent block them, account holders with cash balances might choose to withdraw and hoard paper currency. That would be the simplest way to escape negative interest rates.

But with funds trapped inside of bank accounts, bankers could simply deduct the negative rate charge from each customer’s balance. (Question: Would not such "digital cash balance robbery" be just a modernized version of what Willie Sutton was doing back in the day?)

Targeting You for Outright Theft through NIRP or Asset Forfeiture

And then there are the rising abuses of Civil Asset Forfeiture. If you're stopped on the road and have a few thousand dollars on you – no matter that you might be going to buy a used car or plan to make some purchases during an extended vacation… the police can easily deprive you of the cash, without even charging you with a crime.

In recent years, Civil Asset Forfeitures have reached the scale of billions of dollars. And police departments come to depend on this tempting "revenue stream," creating the perverse incentive to seize even more.

“There have been 61,998 cash seizures made on highways and elsewhere since 9/11 without search warrants or indictments through the Equitable Sharing Program, totaling more than $2.5 billion. State and local authorities kept more than $1.7 billion of that while Justice, Homeland Security and other federal agencies received $800 million. Half of the seizures were below $8,800.”

"Monetary thinkers" feel things would be so much more efficient -- for the government -- if we all went totally to digital accounts. No need to carry cash around or pay bills by mail. The authorities will know exactly how much money you have and what you spend it on, placing your balance under their control at the press of a button.

Coming Soon to a location near you?

The legend of the Greek craftsman Daedalus is relevant today. He learned how to fly and taught his son Icarus – cautioning him not to get too close to the sun at the risk of melting the wax on his wings.

Immensely powerful central bankers believe that they can safely "fly high" with their monetary policies. But like Icarus, who flew too close to the sun and plunged from the sky when his contraption fell apart, so too do our monetary authorities run the risk of similar demise – and taking the rest of us down with them.

Financial Repression Has One Logical Outcome...

In a recent article at mining.com, David Levenstein really nails it, saying:

"Financial repression has long been a driver of demand for physical precious metals. This demand will accelerate as measures become more draconian. Some bank customers… will decide that bullion is a better option than sitting on piles of depreciating paper currency or paying banks to hold deposits... Historically, only gold and silver have been trusted private stores of value as well as a hedge against political, financial, and economic turmoil. In such an insane environment, gold and silver will become the only real trusted alternative to fiat currencies. And, as more new capital flows into physical bullion, its price will soar."

Got gold? Got silver? Got common sense?