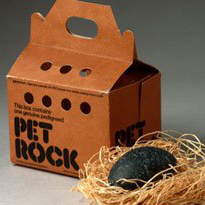 Is gold no more useful than a pet rock?

Greece defaulted at the end of June, and metals investors expected higher prices in July. What we expected isn’t what we got. It isn’t the first or last time markets surprised investors. Why do gold prices seem to be falling? Do lower spot prices mean precious metals are failing as a safe-haven investment?

Jason Zweig, from the Wall Street Journal, thinks so. He’s deriding gold, calling it a “pet rock.” Given this month’s disappointing price action, he does have a point. But he needs to distinguish the physical rock from the paper rock.

We could forgive Mr. Zweig for drawing his conclusion if he was he simply looking at the spot (paper) price. To be sure, paper gold and silver are weak.

The “rock” itself is doing something else entirely. There has been a huge demand for physical metal in the past four weeks. Zweig knows it, but he dismisses it in the same condescending way so many on Wall Street do.

Zweig wrote “gold-bugs… resemble the subjects of a laboratory experiment on the psychology of cognitive dissonance.” The more evidence they get indicating they are wrong, according to Zweig, the more convinced they become they are right. In other words, he thinks the paper markets are rational, but bullion investors aren’t.

Someone should tell Zweig not to be so dismissive of “gold bugs.” Does he know the term includes central bankers who have been adding large amounts to their national stockpiles in recent years?

And how about the state of Texas? There are some folks buying “rocks” that even a reporter with the Wall Street Journal should pay attention too.

Investors are responding to events in Greece and China in a predictable, and imminently rational, way. They are buying bullion. The story that should be investigated is why paper markets aren’t reflecting rising investment demand for the physical metal. 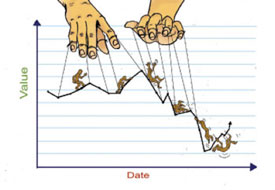 Conspiracy theory has become conspiracy fact. Zweig isn’t acknowledging it, but some others at the Wall Street Journal, and elsewhere, certainly are. Major banks have been caught rigging prices in a number of markets, including the gold market.

Central banks routinely intervene in markets such as bonds, equities and metals as just another policy tool.

High-frequency trading makes for extraordinary volatility, and flesh and blood traders must worry about front-running on any order they place.

And the leverage in the paper markets is breathtaking. Sometimes contracts representing an entire year’s worth of mine production trade in a single day.

This isn’t the first time we’ve seen a major disconnect between futures and bullion. Coin prices spiked relative to spot prices in the months following the 2008 financial crisis and a handful of times since spot prices began correcting in 2011. Time will tell if the current divergence is temporary or something more permanent.

But one thing is for sure in these uncertain times. The less useful futures markets are as a gauge of safe-haven buying in precious metals, the less relevant the spot prices published there will become.