You Worked to Have It... Now Work to Keep It

Some folks had good news about gold over the past few weeks, and some had bad news.

The good news is a treasure hunter working the waters off the Florida coastline with a metal detector found a million bucks worth of gold coins and chains from a 300-year-old wrecked Spanish galleon. Under U.S. salvage laws, he'll keep 80% of what he found.

The bad news is none of that gold is yours.

You've already learned that to have any gold of your own, you had to earn the wealth to pay for it, sometimes coin by coin. You paid one price in dollars; you paid another price worrying about its safety; and you paid a price watching the steady decay of law, society, and the paper dollar that might signal one day you'll need your gold just to survive.

Today, I ask you to consider doing some work to ensure you keep it for yourself, your family, and to bequeath to your children.

The Tragedy of Not Planning Ahead 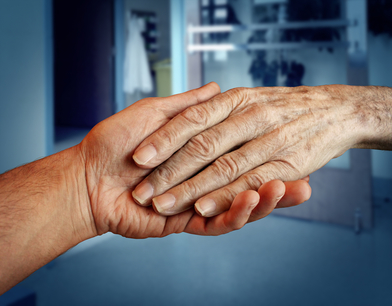 This true story of a fellow we'll call Daniel illustrates our point. In 2009, at age 63, Daniel was comfortably semi-retired, picking up some consulting work here and there to beef up his IRA withdrawals and social security checks.

That January, Daniel suffered a stroke and collapsed. The last words Daniel spoke with any clarity were to a neighbor in his driveway, as he was being put in an ambulance: “Take my house keys,” he said. “Call my daughters, and feed my cats. I'll be home in a few days.”

The extent of the stroke proved massive.

His two grown daughters were unprepared to handle his affairs. They had no idea what he owned, or even where to find his vital records. In addition to dealing with the burdens of their dad's illness, they spent months plowing through mountains of papers and belongings.

They found no computer passwords, no Last Will, no diaries or journals.

Had it not been for monthly statements and bills arriving in the mail, they would not have known who held his mortgage, or where his IRAs were located. They found few clues showing where his personal valuables were hidden. Daniel sometimes spoke of gold and silver as a hedge against uncertainty. If Daniel owned any gold or silver, or kept cash at home, it was never found.

The stress ruined his unprepared daughters. Overwhelmed with bewilderment, one threw up her hands, married, and moved away. The other upended her life to care for her dad, leaving college to find a job in a rotten economy. The sisters, close all their lives, rarely speak today.

You've accumulated wealth for your own retirement, for a rainy day, or to bequeath to your children and grandchildren. Daniel's true story importantly warns us it's smart and necessary to have written records leaving clear instructions for all matters great and small. Your plans and hopes simply won't work out, unless you take a few more steps to make them happen. And along the way, you will leave your family, friends, and heirs with the gift of peace of mind.

Are You Leaving Your Own Loved Ones a Nightmare? 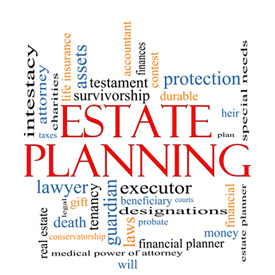 You have some decisions – and some lists – to make, beginning with the legal stuff.

A leading legal research group estimates most Americans (55%) do not have a Last Will or a legal Trust. The best argument for paying a lawyer to prepare your estate papers is to keep the government from deciding who gets what, instead of you. Laws vary from state to state, so it's up to you to understand estate laws where you live.

If one day you intend to sell some or all of your precious metals, you will find purchase records necessary to soften tax bites. Even if the shape-shifting, bankrupt U.S. government decides one day to call in gold bullion, as some fear, it would likely be paid for at some set price, and you'll be taxed on any paper money gains. In either case, you'll need handy records and receipts to show amounts you paid to avoid tax problems.

Those same records would help your family understand the value you placed on your gold and silver.

It's often the case family members understand little or nothing about your gold and silver interests. They will appreciate your guidance as to what the metal is worth, and exactly where to find it. The same would apply to all your assets, valuables, and keepsakes.

Your legacy should include leaving directions on where to find everything from the combination to the vault, to financial accounts and tax records, to personal valuables, to keys to the car. Your close friends will be important to your family, which means making another list identifying those you've trusted to know your business.