The Next Financial Crisis May Already Be Unfolding 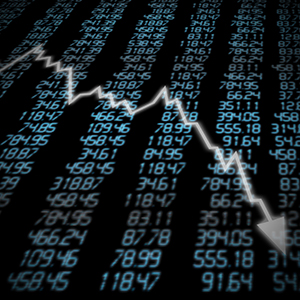 Is an epic financial meltdown about to commence? Predictions that a crash will occur in the fall of 2015 have been gaining traction. They are bolstered by some of the market events of this summer, which suggest that something big is indeed unfolding.

In August, the Chinese devalued the yuan, setting off volatility in currency, commodity, and equity markets worldwide. The U.S. stock market suffered its worst slide in four years, with the Dow Jones Industrial Average falling through major support levels. Crude oil prices careened below $40 per barrel.

Holding strong amidst the carnage was gold. The yellow metal may now be re-emerging as the premier safe-haven asset.

In times of financial crisis, gold tends to benefit – or at least hold up better than most other assets. Gold is the pessimist’s best friend.

The question before investors now is whether the pessimists will be right. Will the doom-and-gloom scenarios that some prominent market gurus have been forecasting play out? It’s worth considering their arguments, keeping in mind that nobody knows the future and that market forecasts are, at best, educated guesses.

Is the Stock Market Teetering toward a "Devastating Crash"?

Cycles analysts such as Bo Polny predicted a summer high in the stock market. He was right with that call (though his bullish call on silver for July notably failed to pan out). He now expects stocks will “put in a devastating crash cycle low in 2016 on the 50-year Jubilee,” in keeping with his views that we live in prophetic times. He sees the worst of the stock market meltdown occurring next year – not in September or October of this year as some are predicting.

One of the reasons why there is so much attention focused on this fall is that mid September marks the end of the 7-year Shemitah cycle, based off the Jewish calendar. Some see Biblical implications in what’s about to unfold. It’s not our place to weigh in on the religious aspects of market-cycle theories. But regardless of what drives the 7-year cycle, it does seem to exert a significant influence on markets.

The financial crisis of 2008 hit 7 years ago. Go back another 7 years and the September 11, 2001 terrorist attack happened, followed by a recession and bear market in stocks. In 1994, we had a brief bond market panic. Seven years before that, in 1987, the stock market crashed. And a little over 7 years before that (in January 1980), gold and silver prices peaked.

Will precious metals bottom in 2015 as stocks top out? It’s one very plausible scenario.

Many are expecting some kind of disruptive event to take place as the 7-year cycle concludes this year. Precious metals analyst Egon von Greyerz said that “this coming September / October, all hell will break loose in the world economy and markets.”

Add to that the Fed’s moment of truth. Earlier this year, the Federal Reserve had signaled the commencement of rate increases this fall after nearly 7 years of zero-bound rates. But growing turmoil in the financial markets combined with transitory dollar strength could prompt a rattled Fed to throw such plans out the window. The Fed’s credibility at that point may be hanging by a thread.

Fundamental Reasons Why the Precious Metals Cycle Should Soon Turn Up 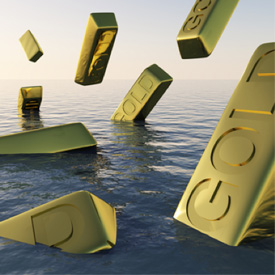 Again, nobody knows the future. Investors shouldn’t completely rearrange their finances around a narrow window when a major event is predicted to take place. Instead, prudent investors try to anticipate how current known fundamentals will play out over the long-term.

For example, in precious metals markets, we know that the mining industry has been gutted. Mining has always been a difficult business, but gold and silver mines are now being shut down left and right. And at those mines that remain open, production is being scaled back. We can therefore reasonably expect supplies to be tight in the years ahead.

We fully expect that the next cyclical uptrend in precious metals will last for years. That’s the timeframe investors should be positioning themselves for.

Of course, there is a chance of a sudden dollar devaluation that causes gold and silver prices to spike dramatically overnight. But such an event won’t necessarily occur in the timeframe that a market guru identifies in advance. As an investor, you need to be prepared for an unexpected one-off event to strike at any time.

If you have stocks or other financial assets that you are worried could be vulnerable, then hedge your risk. Gold is one of the very best counter-weights to financial assets you can own, because it exhibits low correlation (and often negative correlation) to stocks and bonds. When they tank, gold can surge.

When the dollar itself becomes the financial asset that investors are fleeing from, then silver will likely emerge as the best asset to hold. Silver tends to perform better than gold in inflationary environments. And few assets are as depressed in price today as silver.

This summer, institutional sellers took on a record short position in silver futures as inventories on both the Comex and Shanghai silver exchanges got drawn down. That sets up the potential for physical shortages and a massive short-covering rally.

We’ve seen shortages for many types of silver bullion products since late June as depressed prices attracted large-scale bargain hunting. That could be a harbinger for things to come in the broader physical market.