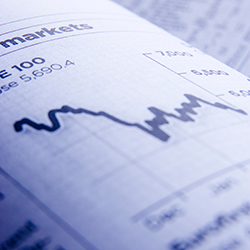 Precious metals prices enter the new week looking to extend the rally that began Oct. 2nd. Silver has gained nearly 10%, and gold is up almost 3.5%. The notion that the Federal Reserve governors may have missed their window to raise interest rates is beginning to sink in with investors.

In fact, if the U.S. economy should fall into recession, investors may see central planners move from zero interest rate policy (ZIRP) to the launch of negative interest rates.

The minutes from the most recent Federal Open Market Committee meeting reveal Janet Yellen and company are looking to the socialists in Europe for ideas, and central bankers there have already experimented with negative interest rate policy (NIRP).

Bottom line: You should soon expect to start paying interest for the “privilege” of lending your savings to a bank!

This week, investors will be watching reports on inflation, retail sales, and industrial production. The prospect of recession continues to loom larger, despite a small rally in stock prices. For now, investors seem more focused on the delay in hiking interest rates than deteriorating fundamentals

Precious Metals: More Important Than Ever in Your Portfolio

Nobody is talking about it these days, but we still live in an inflationary age. Wall Street is fixated on the possibility of deflation as prices for crude oil fall and headline Consumer Price Index flat-lines. But the wheels of global inflation continue to turn.

Zero interest rates and bond purchasing programs have defined central bank policy for most of the last decade. Central bankers developed these extraordinary programs and sold them to the public as economic stimulus.

It is now clear just how little of that largesse made its way into the real economy. We now know the real purpose of those programs was to stimulate bank profits and boost equity markets.

Meanwhile, government debt and entitlement commitments have only grown larger. That epic problem was top of mind for investors when gold and silver spot prices peaked in 2011. Battles over the debt ceiling and inflation fears captured headlines.

Unfortunately for precious metals bulls, the central planners at the Fed and Wall Street managed to shift investor focus away from those topics.

Higher stock prices, heavily massaged economic data on employment and consumer prices, and hammering down of paper gold and silver prices all help to mask the fundamental problems that make metals so essential in modern portfolios.

These days, most investors seem unconcerned about the inflationary potential of the trillions of dollars created by the Federal Reserve to buy U.S. Treasury bonds and mortgage securities. Many are outright “inflation deniers,” and few seem the least bit worried about what ZIRP or NIRP will ultimately do to the purchasing power of the dollar.

But rewarding borrowers and spenders while waging jihad against savers IS going to lead to serious ramifications. And all those extra dollars created in multiple rounds of QE are out there – in the stock markets, parked as excess bank reserves, and just about everywhere else but in the real economy. 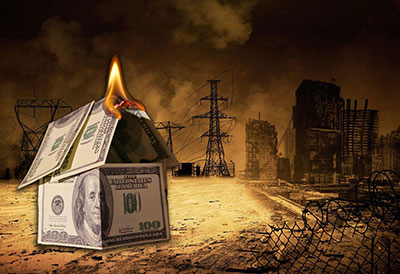 Inflation and financial sector risks have not been vanquished. They are still there, and, in fact, they are still growing. They aren’t weighing heavily in investor psychology today, but change is already in the air.

The Federal Reserve is in no position to significantly raise interest rates. Congressional Republicans will soon reveal just how incapable they are of drawing a line in the sand on raising the federal debt ceiling even higher than the current $18.1 trillion cap.

And people are once again talking about the possibility of recession. Investors are starting to worry about exorbitant price to earnings (P/E) valuations, falling corporate profits, and a potential bond bubble. Some corporate and municipal bonds are priced as if the borrower was Apple when the financial statements look more like they belong to Enron.

Despite all of the disparaging talk about precious metals, there is always demand for an inflation hedge that offers privacy, diversification, and zero risk of going bankrupt. Look for investor demand to rise dramatically in the coming years in spite of the bias against gold from Wall Street.

Gold and silver may be down, but after thousands of years of history as a reliable store of value, but they are anything but out.