Republican leaders in Congress worked amicably with House and Senate Democrats as well as President Obama to pass last week's $1.15 trillion spending bill. They congratulated one another on putting aside the rancor and partisanship that characterized spending debates in recent years. Leadership on the Democrat side actually gloated. 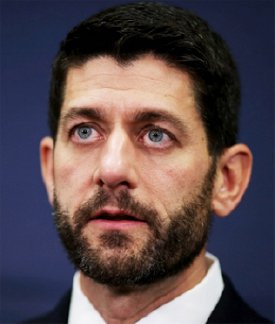 Some Americans thought Republicans might actually stand on alleged principles and do something to reduce spending because Paul Ryan is now Speaker. The bill has 2,000 pages full of special accommodations for a host of special interest groups and, according to Congress's Joint Committee on Taxation, figures to increase the deficit by $157 billion next year.

To the proponents of limited government, passage of the bill represents defeat...

Some may even feel betrayed given how much time Republicans in Congress spent railing against debt and deficits when the Democrats were in charge.

But growing numbers of Americans were not surprised. After decades of perpetual talk and very little action from the politicians, the grassroots knows what to expect. It is the nature of government to grow and to borrow ever greater sums to support the expansion. This is true regardless of who is in charge.

It will be true regardless of who is elected president in 2016. This most recent Republican betrayal is instructive for metals investors wondering about what Obama's exit could mean for the markets. When it comes to policies that weaken the dollar and strengthen dollar hedges such as gold and silver, not much is likely to change.

Republicans talk a lot about reforms but they just demonstrated once again that their leadership has no intention of actually curtailing Social Security, Medicare, or Medicaid spending. They aren't planning to defund Obamacare or Planned Parenthood (which was busted recently for trafficking baby body parts for profit) or the Office for Refugee Resettlement. And just about everyone in the party, including the leading candidates for president, promise to strengthen military spending.

Talking in vague generalities about reducing spending makes great politics for any Republican. It's meaningless without specific follow-through action to cut programs.

Metals investors can confidently predict ongoing deficits and vastly higher government debt in the years ahead regardless of what happens in the 2016 elections. Confidence in the U.S. dollar and in America's ability to make good on its debts is waning.