The Great Math Makeover: This Numbers Game Doesn't Add Up 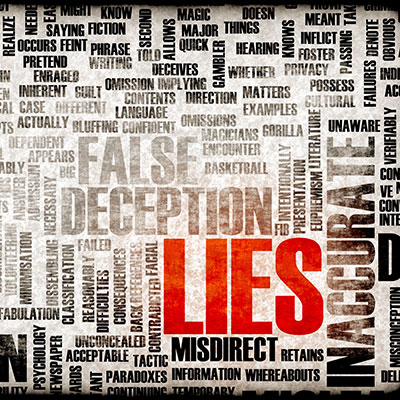 This is for all of us who have had our fill of orchestrated government and media rewrites of history, facts, and figures...

Propagandists learned long ago utilizing dishonest, politically motivated "journalists" to write the "first draft of history" was more efficient than book-fueled bonfires in the village square.

None were better at spreading lies than Adolf Hitler's propaganda wizard, Joseph Goebbels. His formula set the modern standard – keep the lie simple, repeat it often and it will be believed. "It would not be impossible to prove," boasted Goebbels, "that a square is in fact a circle."

Add price, value, volume, distance, speed, and time to geometric squares and circles – all governed by the science of applied mathematics.

Outrageous lies are too often exposed by logic and common sense, so financial tyrants must rewrite, redefine, rinse, and repeat the math to turn Goebbels' squares into circles.

When you hear government numbers, keep in mind what's not reported:

You're officially unemployed only if you're busy looking for a job. The math makeover of counting unemployed "doesn't capture all of the people (now 92+ million) sitting on the sidelines in despair of finding a job," said the man who once ran the Bureau of Labor Statistics.

Not reported: The true unemployment damage to American families matches that of the 1930's Great Depression. Hardly ever mentioned, the correct math would add the millions on the sidelines to the millions of those looking, bringing the true total to 101+ million Americans now unemployed.

Not reported: Tell your kids to start saving their allowances to pay for your nation's borrowing and spending.

Calculated as the total value of all goods and services, GDP math has been revised to include estimated future values of primarily intellectual products, like copyrights, research proposals, and industrial blueprints. On paper, this math makeover raised national output overnight by 3% and lowered government borrowing costs by 2%. In Europe, revised national economic output calculations now include estimated values of black market economies like prostitution, drug traffic, and arms deals.

Not reported: Hopes and dreams were suddenly assigned billions in value without a dollar changing hands.

Inflation costs rise every moment of your life. Governments get "first use" of the money they print.

You pay higher prices as a stealth tax when the new paper builds up in circulation. You cope with higher prices by choosing hamburger over steak, by paying the same price for smaller packaging, or by going without. This planned theft of your wealth is now 103 years in the making.

Not reported: None other than former chief money printer Alan Greenspan wrote in 1966, "In the absence of the gold standard, there is no way to prevent confiscation of savings through inflation."

The U.S. government claims 8,133.5 metric tons of gold held at different repositories, including Fort Knox. It's the largest officially claimed stash in the world.

Not reported: Experts constantly question the official math. After decades of storing gold for other nations and under-the-table gold swaps, after 60 years without a proper, public audit, the right question is – even if the gold is there, who owns it?

Gold and silver fiat prices worldwide are fixed by a cartel of bullion and central banks. That fix works by flooding the market with imaginary supplies of paper promises in the form of gold market futures and options. True supply and demand of physical metal is criminally ignored in the paper money price.

Not reported: The true paper money values of gold and silver are the most dangerous numbers to government. That's the math government must absolutely control to hold power. The current scheme of suppressing gold's paper price is not the first, and likely not the last. Each price suppression scheme in the past has failed because the gold backing paper promises ran out. The current scheme will fail also. Evidence is mounting gold is now running short as promises soar.

January 2016 data presented by Craig Hemke of TFMetals Report, a recent Money Metals podcast guest, shows each ounce of bullion bank gold for sale has been promised to 542 different buyers. That's up from 100 different buyers, a number that itself raised some eyebrows when it was admitted in government hearings just five years ago.

Croupiers in propaganda casinos haven't run the table yet, which helps explain the historic voter push-back against entrenched politicians and bureaucracies in both major political parties.

The American Customer Satisfaction Index shows confidence and trust in government mired in the lowest layers of slimy muck. Quoting the head of that research, "It's much more difficult to govern if the entire population dislikes you."

The one mathematical truth that cannot be made over – it's not the gram or ounce of gold and silver that ever changes. It's the manipulated interpretation of the metal's paper value that constantly changes. The precious metal in your hand carries the same steady confidence as the primary store of wealth it has carried for thousands of years.

Government and media lies to steal your wealth and your liberty will keep coming from the right and the left, flying hot and heavy.

Depend on your own logic and common sense – and do your OWN math.