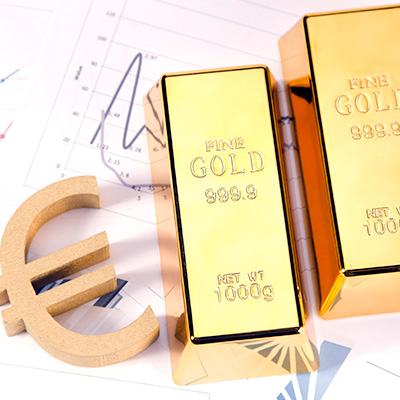 Surprisingly, the euro strengthened and the dollar fell on Thursday and Friday after ECB chief Mario Draghi said no more stimulus is currently in the works. We’ll find out if currency markets continue to shrug off the ECB policy this week, but don’t be surprised if we see the dollar strengthen some.

Much depends on what happens this week at the Federal Reserve. The Federal Open Market Committee meets once again and most expect officials to leave rates unchanged.

However, the recent rally in equity prices gives them room to set a more hawkish tone at least.

The Commitment of Traders report for gold also suggests that the bullion banks may be getting ready to teach some of the fresh speculative longs that have been piling into the futures market a lesson. The banks are even more heavily short than usual – positioning that is often associated with a price correction.

On the positive side, precious metals are off to one of their best starts ever. They have the attention of the “big money” for the first time in years, as shown by the exceptional demand for metals ETFs. This interest has been more than a match for all obstacles thus far in 2016.

Caution Flags Are Out for the Short Term

Gold and silver are among the best performing assets year to date. All that momentum has brought much needed speculative interest back into the futures markets and into the ETFs. It is the speculators who provide the fuel for significant and sustained moves higher.

The only problem is these folks do not represent “strong hands.” The metals markets have some challenges to face. 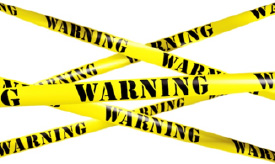 This week may prove to be pivotal. As mentioned above, all eyes will be on the Federal Reserve. Virtually no one expects the central planners at the Fed to actually raise rates during this week’s meeting, but that certainly doesn’t mean they won’t be jawboning about it and possibly hinting at doing it at some point over the next few months.

Thus far metals have been resilient in the face of the recent rally in U.S. stocks. If Fed officials point to that recovery and resume talking earnestly about more tightening, expect the metals to encounter some temporary headwinds. Though it is quite possible that sort of talk will throw a wrench into the equities markets as well.

Gold and silver prices will also have to contend with bullion banks who have amassed an extraordinarily large short position. The fact they are betting on lower prices is no surprise. JPMorgan Chase and the others have become infamous for their perpetual and concentrated net short positions. Unfortunately, they also tend to win most battles against speculative long traders when the relative positions reach this kind of extreme.

The bullion banks have another incentive for trying to cap the paper price. The leverage built into COMEX futures exploded to ridiculous levels in recent months as “registered” stocks of gold and silver plummeted relative to the open interest. The gold coverage ratio – the number of paper ounces trading relative to the actual physical ounces in COMEX vaults available to make delivery – recently exceeded 500 to 1!

That represents a mounting problem for the banks. It increases the possibility of delivery issues and the need for cash settlement. Such an event would be devastating to confidence in the exchanges. The banks love these rigged casinos and almost certainly do not want to risk their collapse.

Granted, smashing metals prices isn’t likely to bring more “registered” metal back into exchange stocks. The only certain cure for that problem would be higher prices. However, a “beat down” may well force some of the weak hands out of the markets. A reduction in open interest serves just as well as an addition to inventory when it comes to bringing down the coverage ratio.

Gambling in leveraged gold and silver futures has always been risky – especially given the game is so often rigged. Now looks like an even more treacherous time to be playing in the paper markets. Paper speculators beware.