A Coin Has How Many Sides?

This month's essay may seem to have a different focus than the ones I have penned for Money Metals Exchange over the last couple of years. But its central message has the power to inform and clarify your precious metals' decisions – and just about everything else in life.

More than ever before, making the decision to own precious metals is not enough by itself to safeguard your family's assets and personal safety. It's equally important to know why you believe this way – and be able to clearly articulate the reasons to others.

In late February, David Morgan, Editor of The Morgan Report, was invited by the producers of The Real Estate Guys radio show to speak to a group of high net-worth investors on the topic of precious metals during the annual Summit at Sea cruise, sailing out of Miami, with ports of call in the Caribbean. A scheduling conflict kept him from doing so, and I was asked to speak in his stead.

At this engagement, a number of well-known analysts participated. G. Edward Griffin (The Creature from Jekyll Island) discussed the profound differences between Collectivists – those who believe all answers to problems lie with the state and who accept the idea that our rights and freedoms are granted (and can thus be taken away) by this all-powerful entity. On the other hand, the Individualist believes that the people create the state and grant it authority and that free ownership of property (including precious metals) is instinctive.

Peter Schiff spoke eloquently about the unresolved 2008 financial morass which threatens to bring down the global economic system. Simon Black (Sovereign Man) – talked about diversification of assets and living in an interdependent global universe.

Money Metals podcast guest Jim Rickards gave an informative presentation via Internet screen cast. Rickard's recently-published book, The New Case for Gold, is a work of such timely and compelling importance that every Money Metals Exchange reader should make it a priority to read, consider, and then act upon its recommendations. 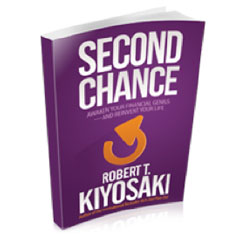 Second Chance for Your Money,
Your Life, and Our World
- Robert Kiyosaki

Speaking on the same panel as me was Anthem Blanchard, son of the late James Blanchard II – the man who more than any other person in the precious metals investment/conference sector was responsible for helping to re-establish the legal right (in 1974) of Americans to invest in and own physical gold.

Readers might recall that in 1933, President Franklin D. Roosevelt made the very possession of this increasingly important wealth-preservation element an illegal act for American citizens.

Businessman, self-help author and financial literary activist Robert Kiyosaki was also a Keynote speaker. In 1997, Kiyosaki published his book Rich Dad Poor Dad comparing the manner by which his own father viewed the accumulation of wealth – via a salaried position in education – versus his Rich Dad acquaintance, who showed him how to achieve financial independence through the consistent application of powerful entrepreneurial and financial-acquisition skills. Kiyosaki is a very strong proponent of direct gold ownership.

The Sides of a Coin Are the Front, the Back, and...

Though I have read several of Kiyosaki's books over the years, it was the opportunity to meet with and hear him speak, which really drove home the relevance of his philosophy. A core aspect of his work is to bring financial education – a precursor to financial freedom – to as many young people as possible.

His latest book, Second Chance for Your Money, Your Life, and Our World, will hopefully soon find its way to your reading desk. Robert Kiyosaki is truly a man who dedicates his life to doing both well... and good.

Please consider his powerful concept of the three-sided coin. 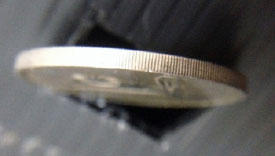 We tend to think of coinage as having just two sides – front and back. Or in the trade, it's referred to as the obverse and the reverse.

But there's actually a third side – the edge – which serves as a metaphor for how we can approach problem-solving and the acquisition of knowledge in just about any situation.

When you view something from the edge, by definition you're able to see both sides. It forces your mind to open to the other person's outlook, and in the process helps broaden your own perspective. Kiyosaki's other points can serve to clarify and strengthen your precious metals' beliefs:

My presentation provided an overview – elements of which should be familiar to many Money Metals Exchange readers – of where we are, how we got here and where we may be headed. Specific to the precious metals, I covered the increasing struggle between supply and demand, declining mine yields, and longer development curves.

Two historic quotes demonstrate just how far back people have understood the answers to our current economic dilemma. See if you agree:

The budget should be in balance, the Treasury should be refilled, public debt should be reduced, the arrogance of officialdom should be tempered and controlled, and the assistance of foreign lands should be curtailed lest the Republic become bankrupt. People must again learn to work instead of living on public assistance.

Why Should I Invest in Precious Metals?

Backed by the research and beliefs of the speakers at this Conference, Money Metals Exchange readers should feel even more confident about their decisions going forward. By holding physical gold and silver as insurance in an uncertain world – not to mention for the strong likelihood of significant price appreciation in the months and years ahead – you are doing what is both honorable and right for yourself, for your family, and for your country.