New Industry Incident & the Importance of Due Diligence

Gold finished its best quarter since 1986 last week, and, together with silver, the precious metals are among the top performing assets year to date.

This despite some recent weakness while investors wrestle with contradictory rhetoric from Fed officials and the recovery in U.S. stock prices lowers the overall fear level that drove heavy buying early in the year.

In bullion market news, Northwest Territorial Mint (NWTM), a prominent national dealer based in Washington State, filed for chapter 11 bankruptcy protection. According to media reports, the firm and its owner, Ross Hansen, lost a defamation lawsuit and face some $38 million in damages. These and other troubles stack on top of what appear to be significant delivery delays reported by customers via the Better Business Bureau.

It is important for bullion investors to do their homework and choose their dealer wisely. More on that below.

Precious metals investors have plenty of good options when it comes to choosing a bullion dealer. So putting up with dealers who either can’t tell you when they expect to deliver, or make commitments they don’t keep, isn’t necessary.

In fact, it can be downright dangerous. 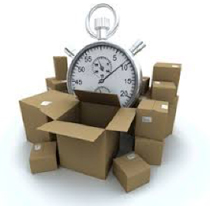 As discussed above, the news media has reported that Northwest Territorial Mint filed for Chapter 11 bankruptcy protection on Friday. NWTM reportedly told the court it has over 200 unsecured creditors, but the number of precious metals customers at risk or the total value of unshipped orders are not publicly known. (However, we are not yet aware of anyone who has actually lost their money and, by virtue of this being a reorganization bankruptcy, not a business liquidation, it's still quite possible that the issues can get worked out.)

Last year, Tulving Company, a large “low cost” Southern California dealer, collapsed. Tulving filed for bankruptcy, and customers with open orders for undelivered metal lost an estimated $20,000,000, although a small portion of those losses are apparently being recovered by the bankruptcy trustee.

The filing caught most by surprise, but long, unexplained delays on the delivery of customer orders signaled serious problems at the company in the year prior to its collapse. Complaints against Tulving had proliferated online – a warning sign that many caught in the bankruptcy wish they’d seen and heeded.

Businesses can and do fail, but it rarely happens suddenly and without warning. They generally start missing commitments first.

With all the recent volatility in the precious metals markets, combined with a sustained slowdown in sales (spare only the rush in demand last summer) across the industry in the past three years, gold and silver dealers with poor internal controls and unsafe business practices are particularly vulnerable right now.

These days, savvy customers can often find disappointed customers sharing their experiences online with a simple Google search on the business name. Or they can learn of other problems involving companies and/or their owners.

We strongly encourage readers to perform this simple bit of due diligence before placing orders. 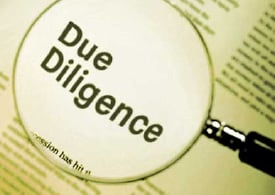 It is also vital for investors to know some facts about inventory and availability of the popular bullion products. There are legitimate reasons for short delays in a few products at certain points in time. For example, the dysfunctional U.S. Mint has struggled mightily with high demand for silver American Eagles. On a number of occasions in recent years, demand for that product outstripped the Mint’s ability to produce coins, and buyers were forced to wait for delivery.

The Royal Canadian Mint copes better with strong demand, but it too has been overwhelmed on a small handful of occasions. As have private mints and refiners.

But legitimate delivery delays have been far more the exception than the rule. And raw silver in the form of 1,000-ounce bars and silver grain used for melt stock has been consistently available without delays of any kind.

Most bullion investors understand that global inventories – particularly in physical silver – are relatively small and bear watching. However, they should not resign themselves to months-long delays or let dealers put the blame on shortages without a plausible explanation. The best dealers will provide a full explanation for a rare delivery delay in advance of taking your order.

Money Metals Exchange has quoted multi-week shipping delays on certain products in very rare situations over the past 6 years. We can think of no legitimate reason for delays of 6 to 8 weeks or longer when it comes to the popular and widely traded bullion coins, rounds, and bars. In our view, a company that forces its customers to wait that long is likely poorly managed or dangerously undercapitalized (or both).

We have said it before – investors need to demand great service and honest dealing from the firms buying and selling their metal. They should take a few minutes to investigate a dealer’s online reputation before ordering. They should expect the dealer to provide a firm estimate as to when the order will ship when the order is placed. If the dealer misses that estimate by weeks, it is time to find another source.