Northwest Territorial Mint Scandal: Investors Had Fair Warning on This Blowup As Well

The news unfortunately just keeps getting worse for customers and creditors of Northwest Territorial Mint. The prominent bullion dealer located near Seattle, Washington filed for bankruptcy court protection at the end of March. The losses of customers who never received delivery of orders plus the losses of other creditors could be as high as $50 million, according to news reports.

The U.S. Trustee in charge, Mark Calvert, recently estimated the firm has $56 million in liabilities and only $6.4 million in assets. He figures the recovery for unsecured creditors will be less than 10%.

Northwest Territorial’s former owner, Ross Hansen, seems to be blaming the bankruptcy on a defamation lawsuit that he and his firm recently lost.

The judgment was $38.3 million in total and the court ordered Hansen to pay $12.5 million promptly. He filed for bankruptcy protection instead.

Ironically, it appears Hansen is the one who may have something in common with Madoff. At a creditor’s meeting last week, trustee Calvert said, “Based on our analysis to date, the bullion sale of operations have attributes of a Ponzi scheme."

The libel judgment may have been the final straw, but it wasn’t the only problem. Customers who ordered from this mint often experienced extraordinarily long delivery delays – 8 to 10 weeks, and even as long as 6 months.

Calvert believes the funds received for new orders were used to buy metal needed to deliver orders placed long before. If that's the case, the mint was effectively borrowing money from its hapless customers to finance its business. And this practice may have been going on for as long as a decade. Yet, remarkably, customers continued to do business with the mint even as most other precious metals dealers across America make immediate delivery.

The bankruptcy, the potential fraud now under investigation, and the millions in likely losses represent another black eye for the industry. It comes on the heels of other high profile failures including a “low-price” dealer known as Tulving Company and Bullion Direct.

Regulation Won’t Help: There Is NO SUBSTITUTE for Doing YOUR OWN Due Diligence

No one should be surprised if bureaucrats in state and federal government take up the issue and “ride to the rescue” with new regulations claiming to protect customers.

The problem is that do-gooder politicians have a miserable track record when it comes to defending consumers generally – and metals investors in particular. In the Northwest Territorial Mint case, the Washington State Attorney General’s Office had received hundreds of complaints, but didn’t take any actions which prevented the blowup. History shows that regulations will definitely increase costs to customers and probably not have any positive effect on reducing corruption.

The Northwest Territorial Mint debacle may cost people $50 million. The only thing worse would be to bring in the regulators to inflict further harm on all dealers and all customers nationwide. 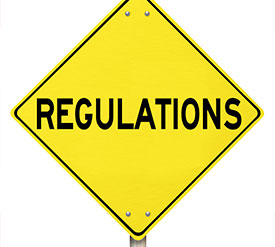 The CFTC spent 5 years investigating the bullion banks for price rigging the silver futures market–check out the price of 1 troy oz of silver to get a better idea. Ultimately they declared there was “no viable basis to bring an enforcement action.” That’s embarrassing, given that Deutsche Bank just admitted to price rigging in the gold markets during the period when the CFTC was investigating. In mid April, they agreed to pay a settlement and provide evidence to assist plaintiffs in their suit against the remaining banks.

But the CFTC isn’t the only bureaucracy to fail in protecting investors. The Federal Reserve, which has been charged with regulating banks despite being privately owned by the largest among them, and the SEC complete a triumvirate of incompetence.

Banks have paid more the $200 billion in fines and penalties associated with fraud, rigging markets, and cheating customers since the 2007 financial crisis. Not a single high-ranking executive at any major bank has been prosecuted or sent to prison. It looks like these fines are simply a cost of doing business. The ill-gotten profits and bonuses run far in excess of what was paid.

While they are substantial to the 3,500 poor souls who are impacted, the losses at Northwest Territorial don’t amount to much in comparison to these larger swindles. Investors should pray politicians and government bureaucrats don’t try to “help.”

Getting Actual, Prompt Delivery of Your Metals Is More Important Than Getting the Lowest Price

Bullion buyers are going to have to help themselves. Customers following a couple simple steps could have avoided most of the losses in recent dealer bankruptcies. 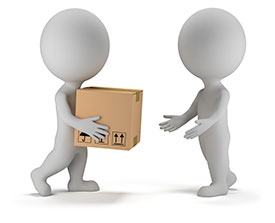 Do an internet search for Better Business Bureau reviews on the company and look for a pattern of problems, particularly slow deliveries. There must be a reasonable explanation for delivery delays, and they should not be persistent and across all products. WARNING: a company that constantly struggles with making prompt delivery may be undercapitalized or outright insolvent.

Mounting issues were apparent at both Tulving and Northwest Territorial Mint going back months or even years. So when purchasing precious metals from any dealer, get a commitment upfront regarding when your order will be delivered – and pay close attention to whether that commitment is kept.

Businesses can and do fail, but it rarely happens suddenly and without warning. They generally start missing commitments first.

Remember that getting a good deal is nice, but getting delivery of what you paid for is far nicer. Choose your bullion dealer carefully, and you’re unlikely to get a raw deal.