“Money is the barometer of a society’s virtue. When you see that trading is done, not by consent, but by compulsion – when you see that in order to produce, you need to obtain permission from men who produce nothing – when you see that money is flowing to those who deal, not in goods, but in favors – when you see that men get richer by graft and by pull than by work, and your laws don’t protect you against them, but protect them against you – when you see corruption being rewarded and honesty becoming a self-sacrifice – you may know that your society is doomed.” - Ayn Rand, Atlas Shrugged, Francisco’s Money Speech 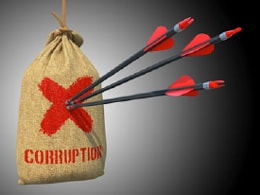 The Justice Department announced last week they won’t be prosecuting “crooked” Hillary Clinton. Rand never met Hillary or her husband Bill. But she clearly knew what it means for society when scoundrels wind up in charge.

Growing Social Unrest, Politics, and Money are All Interconnected

We raised this subject a little over a year ago following the riots in Baltimore. But, sadly, except for the advocates of sound money and one very prescient novel written 6 decades ago, it is almost always overlooked.

Many were disgusted to see a reaffirmation that Hillary and Bill truly are above the law. The couple built a fabulous fortune and unassailable power by auctioning political favors to the highest bidder and building a global network of insiders.

If you don’t like it, too bad. The director of the FBI and the Attorney General don’t work for you. They report to Obama for now, but they hope to be working for Hillary soon.

Worse, most of us understand Washington is full of other politicians and bureaucrats aspiring to build their own crooked dynasty.

What most people don’t get is that our dishonest money system is what fuels much of this “ambition.” For instance, when Senator Clinton and the majority of Congress decided to bail out Wall Street banks in 2008, the fiat Federal Reserve Note made it possible. They simply printed the trillions needed.

In an honest money system, there is no printing. And politicians wouldn’t be able to saddle future generations with debts and obligations to which they never consented. Politicians couldn’t spend what they don’t have. Instead they would have to pay for each promise they make honestly – by raising taxes and dealing with the consequences. 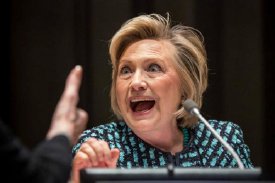 Good luck selling a raw deal like the bank bailouts. Americans hated the idea of rewarding bankers for their fraud and excess. Perhaps the only reason they didn’t grab pitchforks and rebel is because they weren’t told to get their wallets out.

You can bet Goldman Sachs wouldn’t have paid Hillary Clinton $500,000 for a second-rate speech if the she didn’t have political favors to dispense.

Trust in government is fading and anger is on the rise. Perhaps soon Americans will get serious about finding solutions. While we can’t promise that honest money will stop all crooked politicians, it will definitely throw a wrench in their machine. We hope sound money doesn't get overlooked.