The Curious Case of Vanishing Lady Liberty; Only Gold and Silver Remember Her

The very first word anyone ever saw on a circulating United States coin was the word “LIBERTY.”

From half-cents to silver dollars, each featured the likeness of an unnamed woman. The images varied, thanks to different engravers, but together they became recognized as Lady Liberty.

Many, maybe most, of young America's citizens were illiterate. "Liberty" may have been the first word they ever learned to read.

If not, they surely knew her face. The Revolutionary War for them was not ancient history. 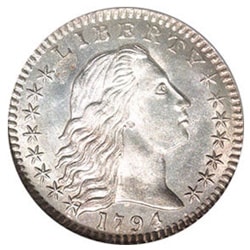 The Founding Fathers knew all gold, silver, and copper is sound money and didn't mind that American coinage circulated alongside colonial and foreign coins depicting kings and queens.

But Lady Liberty alone belonged to the United States. Her anonymous image spoke plainly to a cornerstone of human freedom – private wealth – in your hands, belonging to you, no counter-party strings attached.

After all, her picture was right there on the money!

Her looks would change with the fashions and the times, as she graced most silver and old American gold coins for 154 years. She was variously adorned with the arrows of war, the shield of readiness, or the garlands of commerce and trade.

Then, almost unnoticed over just a few years, Lady Liberty began to vanish.

What is the Liberty Dollar?

The U.S. government and the Federal Reserve presided over the poverty and debt of the 1930's Great Depression, stealing employment and financial liberty from one of every four Americans. Lady Liberty also paid a price.

America's bedrock gold coinage was obliterated in 1933 by Franklin Roosevelt's confiscation order, sending millions of Lady Liberty's gleaming images to be melted down.

She had already been quietly removed from the quarter-dollar in 1930, making room for George Washington's 200th birthday celebration.

She vanished again from public view when the iconic silver dollar was discontinued in 1935.

When she was minted on the last Winged Liberty dime (1916-1945), it marked a sad chapter in the curious case of the vanishing Lady Liberty.

The Winged Liberty was never intended to depict a Roman deity. 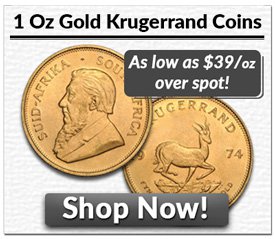 Nevertheless, Americans confused the design with Mercury, a mythological patron of commerce. The name stuck, leaving us with the “Mercs” we stack today in bags and rolls of 90% silver junk coins.

The model for Winged Liberty was a woman, Elsie Stevens, a friend of the coin's engraver – not a male deity. But in the public's mind, the coin was never known as a "liberty dime," although that's exactly what it was.

The one mistake a klutzy U.S. government did not make was to model American coinage after Greco-Roman gods.

But it was no bureaucratic mistake to ditch Lady Liberty to make convenient, political statements.

After FDR's death in 1945, plans to honor him included kicking Lady Liberty off the dime – an easy bureaucratic pick given FDR's ham-handed treatment of both gold and individual freedoms, and a war-weary public that never recognized that image of Liberty anyway.

Ben Franklin replaced Walking Liberty on the half dollar (1948) as subtle, political payback for FDR's dime. The mint's director studied and loved Franklin. She knew Ben philosophically opposed every policy of FDR.

Murdered President John Kennedy was honored on the half dollar in 1964, the Kennedy half dollar values at 90% silver. JFK's bitter enemy, Lyndon Johnson, took pleasure later that year in annihilating circulating silver bullion coins. JFK lasted one year on a 90% coin.

The conspiracy to finish off gold, silver, and Lady Liberty was now complete. Pocket change became nothing more than a home for politically selected historical figures. And intrinsically worthless at that.

We're quite sure Washington, Franklin, and even JFK wouldn’t have traded Lady Liberty to have their own images on worthless, mystery metal coins. We can't vouch for FDR.

The word “liberty” is still there on the coins in your pocket, but her image – a vanished vestige of American freedom – is found only, and appropriately, in bullion patterns, both government and privately minted. 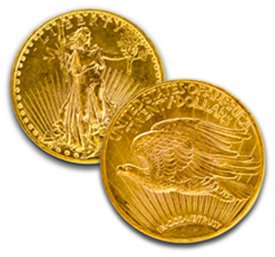 The Walking Liberty half dollar design graces the U.S. one-ounce silver round. Saint Gauden's $20 Liberty found a home on the US gold mint one-ounce and its fractionals.

And you're lucky to have them. Because Congress never wanted them at all. Not in gold or silver.

By 1979, at the height of that gold and silver bull, Krugerrand sales were absolutely dominating the gold market with 90% of world sales. Private mints ran the silver show. The U.S. government had no strong contestants on either front.

But government wanted in on bullion's profit and tax base. Sound money was never the issue. And it was quickly proven government had no clue.

The Mint was directed to launch the gold American Arts Medallion series (1980-1984), which proved to be an immediate, embarrassing mega-disaster.

Gold content, weight, and purity of the medallions matched the Krugerrand, but nowhere on them was the word “gold” or a guarantee of the weight of gold.

And rest assured, nowhere was Lady Liberty. The medallions featured artists, authors and actors, some famous, others obscure. Instead of bullion, they looked like jewelry.

Most of the unpopular medallions ended up being melted – with survivors sold at bargain spot prices.

Congress finally gave up and went with the tried and true – the historically popular Saint Gaudens and Walking Liberty designs.

That choice was forced by markets, not an appreciation of heritage from a tone deaf government.

Gold and silver bars, government coins, or rounds from private mints, are the only money today that speaks to freedom.

And only gold and silver held in your hand will stir the same heart Lady Liberty stirred for young America.