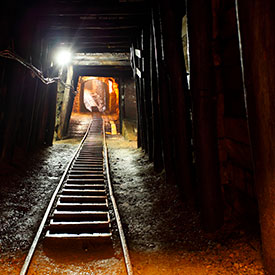 Gold and silver mining stocks have embarked on a rally this year that could prove to be one for the record books. The leading exchange traded fund for the sector, VanEck Vectors Gold Miners (NYSE:GDX), shows an incredible 125% year-to-date gain. That far out-surpasses the 27% and 44% advances of gold and silver spot prices, respectively.

What does the mining stock run-up suggest about the fundamentals for the actual mined product, physical gold and silver?

Overall, it suggests that investors and industry insiders are optimistic about the prospects for higher metals prices. The mining shares tend to lead the metals in major moves up or down.

One prominent silver bull is Keith Neumeyer, CEO of First Majestic Silver Corp. (AG), which is one of the world’s only true primary silver producers. As Neumeyer explained in a recent interview with Money Metals, silver supplies are scarce.

“We've been in a deficit for multi decades now. The above ground supply of the metal is very, very low. It's actually at historic lows,” he said.

Neumeyer notes that silver is being mined at a rate globally of 9 ounces for every 1 ounce of gold. Yet it currently takes 68 ounces of silver to buy an ounce of gold in the spot market. First Majestic’s CEO is betting that the gold:silver price ratio will over time move toward the 9:1 mined ounces ratio. That implies a HUGE outperformance in silver prices going forward.

So far this year, silver is outperforming. But it’s the silver and gold equities that are exhibiting the biggest gains. A big reason for the explosive gains in mining stocks this year is the fact that they crashed in the preceding four years to reach levels of extreme undervaluation versus the metals they mine. 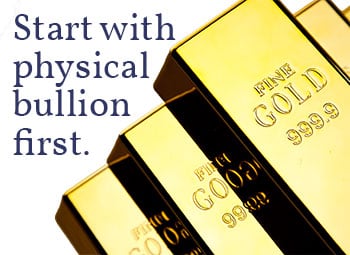 The risks entailed by owning mining companies instead of the metal itself are far greater. The upside potential in the stocks is also greater than in the bullion. But actual real-world returns going back decades show that gold has delivered superior risk-adjusted returns and better absolute returns than gold stocks. The price of the physical metal is also less volatile.

The GDX gold miners ETF has been around for more than 10 years. Over the past 10 years, it has produced a net return total of -15%. GDX is still in negative territory even with the massive run up seen this year.

By contrast, silver prices are up 67% over the past 10 years (despite being well off their 2011 highs). Gold prices show a more impressive 109% rise for the decade.

Gold Has a Substantially Better Risk-Adjusted Performance Than Mining Stocks

Bullion and mining stocks are entirely separate asset classes with entirely different risk characteristics. One widely used measure of risk-adjusted returns is the Sharpe ratio. It measures “the average return earned in excess of the risk-free rate per unit of volatility,” according to Investopedia. Basically, the higher the Sharpe ratio, the better the risk-adjusted performance.

The trailing 10-year Sharpe Ratio for GDX comes in at a dismal 0.14, according to Morningstar. For the leading gold price tracking ETF, SPDR Gold Shares (NYSE:GLD), we get a much improved Sharpe ratio of 0.42. That makes gold very competitive with the 0.50 sported by the S&P 500.

Of course, gold spot prices as reflected in an ETF (whose returns are degraded by annual expenses), are not synonymous with gold bullion coins. An ETF is a financial instrument that carries counter-party risk and other risks that are not fully reflected in its Sharpe ratio. Gold bullion coins are tangible assets that have aesthetic qualities and utility that ETF shares don’t. Coins can also potentially acquire scarcity premiums above spot prices in an environment of retail shortages.

At present, the retail market is well supplied when it comes to virtually all bullion products. But supply deficits in the larger physical precious metals markets, particularly for silver, are on track to grow.

The recovery in the mining sector won’t immediately translate into ramped up output. Mining company executives who decide to invest in new capacity today may not be able to actually achieve new production levels until years from today.

At some point, mining investors will get carried away, the sector will be beset by malinvestment and overinvestment, and the boom will turn to bust. That’s how it has always played out in this notoriously volatile sector.

Given that the current recovery off a brutal four-and-a-half-year bear market in miners is only seven months old, there could be a lot more boom to go before the next bust. Those who wish to speculate in shares could make fortunes – but they also run the risk of giving back all their gains if they wait too long in the cycle to get out.

Fortunately, investors can take the cues provided by the mining sector to position themselves in a less risky, more solid asset class: physical precious metals.