The Federal Reserve Note "Dollar" Is Indeed Dying, but Not Next Week

Some say the U.S. dollar may die 5 days hence. The Chinese renminbi will kill it. Much is being made of plans by the International Monetary Fund (IMF) to add the renminbi to its basket of strategic reserve currencies called Special Drawing Rights (SDR). The IMF will make the change on October 1. While the implications for the Federal Reserve Note, currently the U.S. dollar, as the world’s primary reserve currency may be profound over time and the importance of this even should not be overlooked, the impact is unlikely to happen overnight.

The composition of the SDR may change on October 1, but few people understand what the SDR is. Even fewer actually have any experience trading it.

What is the SDR?

For the many who wonder what an SDR is, here is a brief description from the IMF;

The SDR is an international reserve asset, created by the IMF in 1969 to supplement its member countries’ official reserves. As of March 2016, 204.1 billion SDRs (equivalent to about $285 billion) had been created and allocated to members. SDRs can be exchanged for freely usable currencies. The value of the SDR is currently based on a basket of four major currencies: the U.S. dollar, euro, the Japanese yen, and pound sterling. The basket will be expanded to include the Chinese renminbi (RMB) as the fifth currency, effective October 1, 2016.

The IMF actually decided to make October 1st’s changes to the SDR one year ago. Some expected that decision would represent the death knell for the dollar. But when the announcement came, the currency markets hardly noticed.

Mass psychology – or relative confidence – is what ultimately determines whether or not a dollar holds value. Not much will happen October 1st if not many people care. 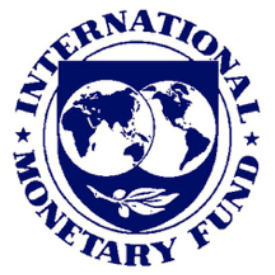 There have been many other threats to the confidence that underpins the dollar. Among them were straight-forward and widely publicized assaults; trillion dollar federal deficits, metastasizing debt and an explosion in the supply of U.S. dollars. If years of Quantitative Easing – the Fed’s program to gin up trillions in new dollars with which to buy Treasury Bonds and garbage mortgage securities – didn’t torpedo confidence, a far more obscure institution like the IMF may not do it either when it changes the composition of their arcane supranational currency.

That said, October 1st could mark an important waypoint on the long road to oblivion for the U.S. dollar. The Chinese have been openly advocating for SDRs to replace the dollar as world reserves, and this event is an important step down that road.

In 2009 Zhou Xiaochuan, governor of China’s central bank, called for the creation of “an international reserve currency that is disconnected from individual nations and is able to remain stable in the long run." There are many nations who consider the reign of “king dollar” tyrannical.

The IMF has big plans for the SDR. There will soon be an offering of SDR denominated bonds. IMF officials hope to see large and liquid foreign exchange and bond markets modeled after those where dollars and Treasuries are traded. If they succeed, it is easy to imagine developments such as oil exporters demanding payment in SDRs and central banks swapping their vast reserves of Federal Reserve Note. In other words, the IMF intends for the SDR to replace the Federal Reserve Note as the world’s reserve currency.

However, that outcome is by no means certain. The SDR is nothing more than a basket full of flawed fiat currencies. Like the Federal Reserve Note, the others are backed by the full faith and credit of irresponsible governments who would be insolvent but for their printing presses. This includes China’s renminbi.

We fully expect the U.S. dollar will be dethroned one day, and the SDR may be part of that transition. But nothing will solve these growing problems until gold and silver are restored to broad use as money. The world needs honest money, not a basket of paper.