October could see a ramping up of volatility across all asset markets. The month is notorious on Wall Street for the 1987 stock market crash. Fall crashes also occurred in 2002 and 2008.

Are we Due for Another Market Crash?

Perhaps. Some analysts think it will come after the election. Others think the stock market will stay elevated until the Federal Reserve raises rates.

The Fed will be out of the picture this month – at least as far as policy decisions are concerned. The Fed won’t convene another policy meeting until November 1-2. Most Fed watchers expect the central bank to avoid making any rate moves so close to the November 8th election.

For all the talk (and no action) on rate hikes this year, it appears that what this supposed rate hike campaign will amount to is the possibility of a single quarter point hike in December. And even that may not materialize. If markets suffer a post-election rout, the Fed could just as easily pivot toward talk of new stimulus schemes. 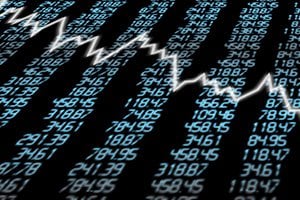 In a video conference last week, Fed chair Janet Yellen indicated that the Federal Reserve is mulling the idea of responding to downturns by buying corporate stocks, corporate bonds, and other non-traditional assets: "It could be useful to be able to intervene directly in assets where the prices have a more direct link to spending decisions," she said.

Fed officials have apparently given themselves the mandate of orchestrating interventions wherever Fed officials deem them to be “useful.”

Back in the Alan Greenspan era, the so-called “Greenspan put” referred to the central bank’s willingness to support falling markets with monetary easing. “Put” (as in put option) was meant as a metaphor for Fed policy. But the “Yellen put” may in fact be literal.

If Janet Yellen thinks it’s “useful” to buy or sell options, futures, shares, swaps, mortgages or other financial instruments, then what’s to stop her from doing so? The Fed insists it is above any oversight or policy review by Congress.

The Fed is Slowly Transforming Itself

From a national bank with a dual mandate to a national hedge fund with a mandate to manipulate all markets. For now, the market over which the Fed wields the most direct influence is the bond market. That influence can be expected to increase over time as demand for government bonds from the public and foreign central banks dries up while the government’s borrowing needs grow ever larger.

As Bloomberg reported, major world central banks, including China’s and Japan’s, have reduced their positions in U.S. Treasuries for an unprecedented three straight quarters.

China trimmed its Treasury holdings and bolstered its gold reserves ahead of the Chinese yuan officially gaining entry into the International Monetary Fund’s elite currency basket on October 1st.

Russia is operating out of a similar playbook, becoming one of the world’s top gold accumulators to try to become less reliant on the dollar-centric global trade regime.

The Fed can certainly intervene in the gold futures markets. But the more globalized the gold trade becomes and the more foreign central banks and individual investors accumulate gold in physical form, the less control the Federal Reserve will be able to exert.