A Short Course on Fear and Greed: Successful Investors Wrote the Book

Are you a millionaire yet? Me neither.

We might have been by now, had we better understood the finer points of “fear” and “greed” during our investing lives. 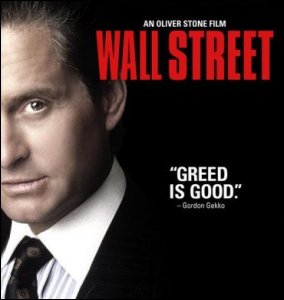 Fear, On the Other Hand, can be Just as Influential in Charting Investments

“I have only two positions right now – cash and fetal,” wailed investor Jeff Mackey, staring wide-eyed into CNBC's cameras on October 2, 2008. The subprime mortgage crisis was in full cascade mode, as the stock market meltdown washed banks and balance sheets over the cliff.

Greed was clearly not Gekko's best idea. He went to prison for insider trading, alongside a couple of the very real characters he was based on.

In hindsight, Mackey was terrified of losing money one year too late. Stocks had started tanking exactly 51 weeks earlier, from a high of 14,164 on the Dow, ultimately suffering a 53% disaster. That was peanuts compared to the 90% losses to the Dow stretching over the years of The Great Depression, but for modern investors, bad enough.

Obviously, market tops and bottoms are recognized only in the rear view mirror. It takes time for hard facts to illustrate the equations, which means this stuff is never that easy.

After a five-year fall from the highs of 2011, metals have been rising in dollar terms since mid-December, with a headline-grabbing hike the night of Great Britain's historic Brexit vote to leave the European Union.

This week, both gold and silver took hard hits in dollar terms, causing stress for some precious metals stackers. And that's the perfect classroom for today's lesson, where we have some excellent teachers lined up. 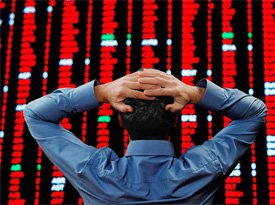 British commodities trader Andrew Maguire is the fellow who demonstrated bullion bank price manipulation to the world with his testimony to the Commodity Futures Trading Commission (CFTC) in 2010.

Maguire correctly identified intricate price changes hours before they happened, because he knew where the fix was in.

He now says the dollar-price take down earlier this week was artificially engineered by bullion banks to cover losses in the paper metals markets.

Maguire's advice today: “This is a physical buying window for gold and silver that will not last long.”

The classic lesson of fear and greed comes from The Battle of Waterloo, where French Emperor Napoleon Bonaparte was whipped by the British in 1815.

Nathan Mayer Rothschild had bankrolled much of Great Britain's war against Napoleon, and had everything to lose if Napoleon won. Early reports from the battlefield convinced the London stock market Napoleon had been victorious, which led to widespread panic selling. But Rothschild had his own observer watching the battle, and reporting privately to him.

Knowing the British had won, he mopped up everything at sacrifice prices from terrified sellers.

The story, which some historians believe has been embellished, gave us the adage “buy when blood is running in the streets.”

What is undisputed – of all the wealthy investors of that era, the one name surviving 200 years as a modern household synonym for massive wealth is “Rothschild.”

It means going against the crowd. But it you think that's hard, try selling high, when everything looks just great, before blood runs in the streets. Either strategy makes you a “contrarian,” which means your intellect has overcome the emotional clutches of fear and greed.

We know today the stock and bond markets have been stitched together and driven higher by free money from central banks funneled to Wall Street, all in a government effort to make the economy seem healthy when it's not.

As Money Metals has been reporting for months, disciplined movers and shakers, one after another, are taking their money and leaving the stock and bond markets, dropping well-reasoned warnings of economic catastrophe along the way.

And incidentally, many of them also report they are stocking up on gold.

Is there a way to corral fear and greed? The answer is yes, if you're talking about gold and silver.

See metals for what they really are – as solid savings in the only intrinsically valuable currency – and not as financial investments. Fear only enters the picture when you count gold and silver in dollar terms.

As for greed, that depends entirely on how many ounces and grams you can get for your paper money.

A reliable teacher in buying low and selling high is China, the world's leader in reshaping the modern gold story.

The Chinese have patiently been buying low for perhaps decades, as other nations and investors lost interest in gold. As for selling – the Chinese are still hanging onto their gold. They aren't selling.

So, how should sellers approach fear and greed? If you see gold and silver as investments, then sell when you're ahead in dollar terms.

If you see gold and silver as savings, as insurance against calamity, then sell when there's something you want more than your savings and insurance.