Most of us consider this year’s presidential election as the wildest and most unpredictable we’ve ever seen, but you wouldn’t know it by looking at the markets. Gold and silver spent most of the past three weeks going nowhere fast. Between Oct. 6th and Oct. 27th silver traded within ten cents of $17.60/oz – an extraordinarily tight range. Precious metals generally thrive on uncertainty, but the markets have been unfazed and instead have appeared to be paralyzed. 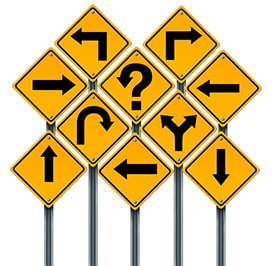 It seems Wall Street may not have shared the trepidation many Americans at large have been feeling. That may be about to change.

On Friday, FBI director James Comey, of all people, broke metals prices out of the exceptionally tight cage confining them – although it was still a rather modest move. He announced his agency is re-opening its investigation into Hillary Clinton and her emails. Silver and gold both jumped on the news.

Financial commentator and author James Rickards thinks the markets have been pricing in a victory for Wall Street favorite Hillary Clinton. In an interview taped just before Comey’s announcement, Rickards said he expects Trump “will probably win.” If that happens he anticipates “the stock market will drop 10% overnight” and “gold will probably go up $100/oz.”

Based on the negative stock market reaction to Friday’s the FBI’s bombshell announcement, Rickards may be on to something.

Prior to Friday’s news, Hillary was favored to win, in more ways than one. She was leading in most projections of electoral votes (yes, we know there is good reason to question much of the polling). The mainstream press fervently supports her. And she has been Wall Street’s darling when it comes to campaign contributions. Goldman Sachs went so far as to issue a company directive forbidding employees from contributing to Trump’s campaign.

Wall Street insiders are used to getting what they want. However, like the British establishment prior to Brexit, they might get surprised.

Big money interests have priced in a Hillary victory. Any revelations which force that crowd to reconsider could have profound implications for investors. Any evidence which might support Trump (or his case for contesting the election results if he loses) could rattle markets.

It is too early to tell if the FBI decision to reopen the investigation will be a game changer in the election. It must be said that Hillary’s campaign – with its unseemly ties to names like Soros, Podesta, and Weiner – looks creepier than Count Dracula. However, the renewed criminal investigation is by no means sure to put a stake through its heart.

Hillary’s supporters have, so far, shrugged off plenty of other damning news stories, including round one of the criminal email abuse investigation. Whether there are enough undecided voters who can be persuaded to change horses at the last minute and deliver battleground states to Trump remains to be seen.

There is also no telling what scandals, if any, will hit Donald Trump between now and Election Day. The only certainty with these candidates seems to be no matter how ugly and embarrassing the details are now, they can still get worse.

The reaction in markets over the coming days may be the best way to gauge how much election uncertainty there really is.