We Should Take Our Cues From Markets – Not Politicians

I grew up a block away from the 7-train, where I’d take a short ride from the 90th Street station to the Willets Point–Shea Stadium station to watch my favorite team, the New York Mets.

Sitting in the stands as a young child, I learned quickly that there were a number of ways to obtain and interpret information. 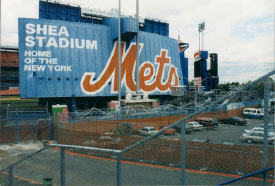 I could watch the umpire and immediately have known whether Al Leiter threw a strike or a ball. Another option was to watch the scoreboard and, with some delay, have known whether Derek Bell safely stole second base. I could listen to the cheers (or jeers) of the rowdy, biased people around me and know whether or not Mike Piazza had just hit another home run.

In baseball, there are efficient and inefficient ways to obtain information. There are also false signals. The same is true in financial markets and presidential elections.

Around 2:45 am on November 9th, major news networks projected that Donald Trump would be the 45th president of the United States of America.

Yet just a few hours earlier, they were all still clinging to their groupthink premise that Hillary Clinton would win. These major news networks could not have been more wrong in their predictions.

In May, Slate announced that “Donald Trump Isn’t Going to Be President” in no uncertain terms. The Washington Post said that Donald Trump’s chances of winning were approaching zero 15 days before the election. Hours before the polls opened on November 8th, the UK’s Independent reported that a Donald Trump victory was a “mathematical impossibility.”

Predictions from pundits and so-called experts, however definitive sounding, can turn out to be 100% wrong. Just ask those reporting on Brexit. They should have learned their lesson.

Like the large, obnoxious Yankees fan to my right who was spilling his beer on me while shouting about how Robin Ventura was definitely out at home plate before Ventura rounded third base, pundits project scenarios that they treat as reality. They find themselves so anxious to call it for their own team, not realizing (or not caring) that they may be wrong.

Lamenting Trump’s victory, he wrote, “So we are very probably looking at a global recession, with no end in sight. I suppose we could get lucky somehow. But on economics, as on everything else, a terrible thing has just happened.” 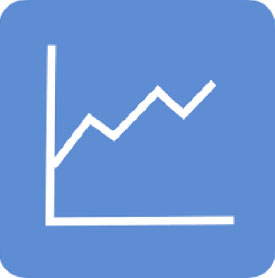 The market responded in a big way. The Dow closed up 250 points the day after the election. The price of gold fell. What could cause the markets to react this way?

Perhaps the Plunge Protection Team came in and saved the markets when they were unraveling over night. This is unlikely, however, as Wall Street insiders and the Obama Administration were pro-Clinton and may have been just fine with an economic grenade landing on Mr. Trump’s lap just as he’s elected.

More likely, people began to see what Carl Ichan saw late on Tuesday night when he made a billion dollar bet on higher stock prices after the Dow futures had fallen 900 points. Maybe a Donald Trump presidency won’t be as bad for the markets as the Clinton camp and pundits everywhere said it would be.

The Market Knows Things Sooner and More Accurately Than We Do

Many people knew that Donald Trump would be the next president of the United States of America long before Wolf Blitzer, Megyn Kelly, or Donald Trump himself, told them so.

How can this be? How can it be that people have such insight? Maybe a crystal ball? Perhaps the reading of tarot cards or even tea leaves?

We can, unquestionably, say a victory by a presidential candidate given such low odds is evidence that we live in uncertain times.

The market will continue to react to new information as we creep towards the inauguration of President Trump on January 20th. Between the announcement of cabinet members and (hopefully) a more solidified economic plan being released in the next 66 days, the market will reflect this new information.

Regardless, the market displays information in more efficient ways than politicians or television pundits ever could.

And if we’re looking for up-to-date and accurate information, doesn’t it make more sense to go by the action on playing field rather than the cheers and jeers of the drunk fans sitting nearby?