Who could possibly have predicted the astounding results of the November 8th presidential election?

A lot of folks, it turns out. Better than 60 million at last count. But that doesn't include highly paid, and obviously over-paid, pollsters.

And it doesn't include "journalists," who showered their elitist agendas on television screens, in newsprint headlines and across cyberspace during the 17-month presidential campaign.

In short, those posing as experts predicting the future blew it. And they blew it "big league," both before and after the election.

"No question – markets are going to tank all over the world," said top experts at Yahoo Finance, during online, streaming coverage election night.

Stock markets instead went straight up for two days before modestly retreating.

Yahoo was not alone with that post-election financial advice. True to form, every business reporter in town got it dead wrong.

Curiously, not one dared repeat Trump's constant drumbeat to his supporters – "stay out of this dangerous stock market!"

Trump's politically-incorrect bond with his supporters was aptly captured by columnist Peggy Noonan. "There was no state-of-the-art get-out-the-vote effort—his voters got themselves out. There was no high-class, high-tech identifying of supporters—they identified themselves. It somehow makes it more beautiful that few saw it coming." 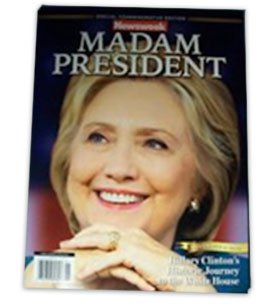 Donald Trump's victory in the face of pitifully wrong predictions is historic, but far from unique or unprecedented, despite what press and pundits would have you believe.

The 1948 Chicago Daily Tribune headline "Dewey Defeats Truman" has been the poster child for 68 years for deplorable journalism and pathetic polling.

Now, Newsweek has taken the Dumb & Dumber Award for its cover sporting a smiling Hillary Clinton as "Madam President." That issue was planned, printed and distributed days before the election.

Quickly recalled, surviving copies are going for hundreds on eBay as collector items.

Earl K. Long, brother to Huey "Kingfish" Long, was a corrupt but beloved rascal who once ushered a herd of farm animals onto the floor of the Louisiana legislature to make his point.

His shameless dalliance with Bourbon Street stripper Blaze Starr was merely the highlight in a constant stream of public embarrassments, fancifully portrayed in the movie "Blaze" starring Paul Newman. 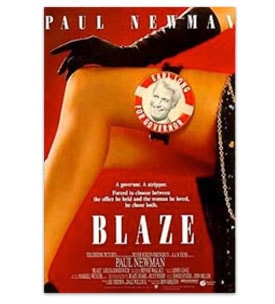 Long was even committed to a Louisiana mental institution while in office.

He escaped by firing the head of the hospital and hiring a new medical chief, who quickly certified Long as sane and fit for office.

"Uncle Earl" won his third term in 1956 in an unexpected landslide. Portrayed as a backwoods hick by his silk-stocking opponents, with the press pounding him every day, he wiped them all out in the primary – no runoff election was needed. No one saw that coming.

The media's most astounding back flip comes from the New York Times, this nation's supposed "newspaper of record," decidedly pro-Clinton throughout the campaign, which headlined Clinton's prospects of winning at 86% five days before the election.

One of Sulzberger's editors had publicly admonished him to "change your focus" from telling readers what and how to think to what readers actually think – to stop "pushing the limited agenda of your editors."

One salient post-election observation comes from Craig Hemke of the TF Metals Report in a Money Metals podcast interview three days after the votes were counted.

Predictions, says Hemke, are "a fool's errand – people thinking that they know one day after Trump was elected what's going to happen now."

The same “experts” who were dead wrong about Trump now think they know what happens next.

So, what can we, at least, strongly expect?

His promise to rebuild the military will hike government spending and may be offset by reducing overseas commitments. but his solemn promise to repeal Obamacare has already been walked back to “parts of Obamacare.” Ditto the walk back from his signature “severe” immigration restrictions.

Make no mistake – Donald Trump is not a small-government guy. Never was and may never be. Based on his preference for “smart trade” over free trade, we may see “smarter government,” but it won't be smaller government.

Trump and His Advisors Have Made Positive Noises about Gold

Trump was one of the few candidates to hint at being a champion of gold, saying “how great” a gold standard would be. He has top advisers who favor a refreshed and modern look at gold in the monetary picture.

But sound money advocates should not leave designing their own personal gold standard to others. Neither government nor media has been a friend to sound money for some 80 years now.

In fact, anyone ever doubting the wisdom of his own course should now be convinced never to leave critical analysis to dead-wrong government, to dead-wrong journalism, or to dead-wrong pollsters.

Sound money advocates should look to what they know protects wealth. Five thousand years of gold and silver are winners, no matter who is preparing to get into the White House, or who is scheming to get out of the nut house.