Silver and the Train Wreck

The U.S. National Debt is a “train-wreck.” The official debt is nearly $20 trillion and the unfunded liabilities are $100 – $200 trillion, depending on who is counting.

This graph shows the US official national debt – log scale in $millions – for a century. There is ample reason to believe this 100 year trend will continue and possibly accelerate. 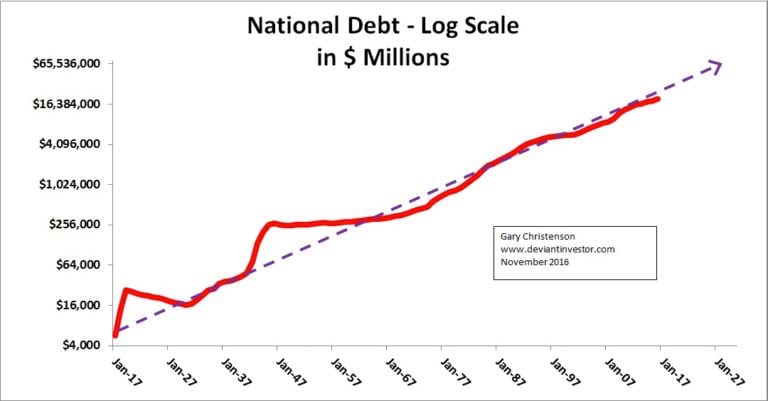 However you might say, “But the population increased several times in the last century.” The graph below shows the official debt per person – the population adjusted national debt. 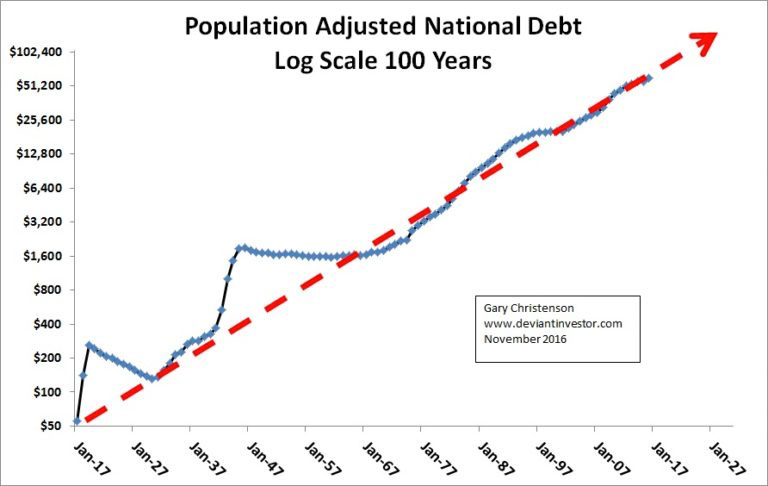 Debt increased exponentially in both nominal dollars and adjusted for population.

You might say, “Yes, but central bank created inflation has increased the total debt.” The graph below shows the population adjusted debt priced in real money – silver. (Gold graph has a similar form but is not shown.) 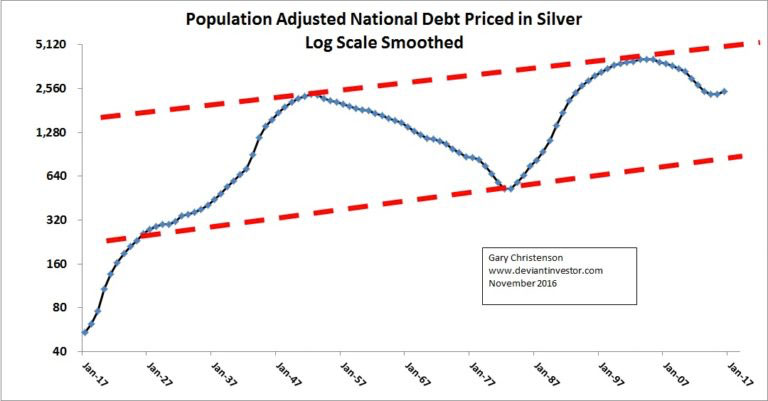 As the graph shows, population adjusted national debt has exponentially increased even when measured in silver. Note that this graph used a 10 year moving average to smooth the price data.

What About Silver, Gold, and Crude Oil? 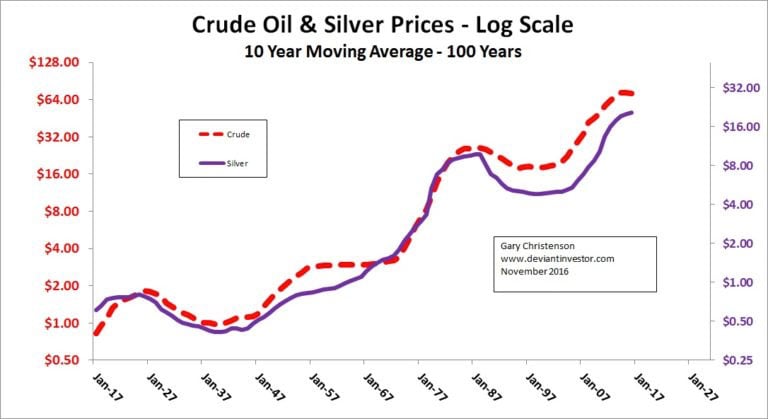 Silver prices are currently low based on their 20 year “megaphone” pattern. Expect much higher prices. 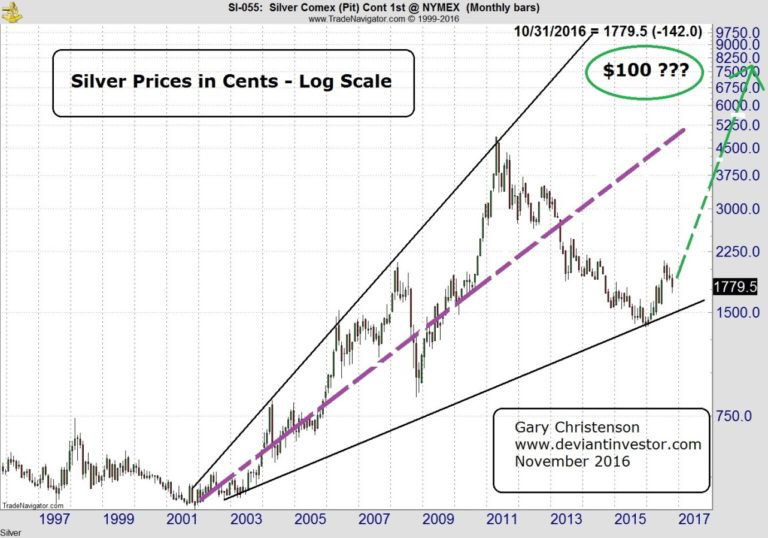 The list goes on, but the prognosis is more debt, more spending, higher prices for what we need, and an acceleration of debt creation into the crash or reset. What happens after a crash or reset is less clear.

Silver and gold prices erratically increase along with debt. Given that silver prices are near the low end of their 20 year “megaphone” pattern, expect much higher silver prices. Further, the cost of production is increasing rapidly and the ore quality is declining. Expect prices to increase based on limited supply.

Given the precariousness of the central bankers’ fiat currency Ponzi Schemes and the coming realizations about the intrinsic value of paper investments and debt instruments, silver and gold prices should move much higher in the next five years due to heavy demand.

“… there’s a reasonable argument to be made that part of what ails the world economy right now is that governments aren’t deep enough in debt.”

He might be right, 33,000 “missing” emails might concern yoga pants and weddings, the military buildup in the middle-east is merely for show, massive debt helps the average person, you can keep your doctor, Obamacare will save you money, he did not have sexual relations with that woman, hope and change have been a resounding success, Santa’s elves are making really cool toys for Christmas, a single F-35 helmet that costs $400,000 is a bargain, and herds of Easter Bunnies are bringing “nest eggs” for everyone who earns less than $100k per year. Yes, he might be right…

But if the above ideas don’t fit your basic beliefs, silver and gold should be far more successful than investments in unpayable debt, paper currencies, and levitated stock and bond markets.