Demand for Gold Coins Soars, but You Wouldn’t Know It by the Price

CoinNews reports monthly sales for U.S. Mint gold coins including the gold American Eagle are the highest since July 2015, and higher now for the fourth month in a row. Meanwhile, investors have been dumping paper gold and silver at a record pace, pushing spot prices lower.

Gold premiums are soaring in India and China. The Indian and Chinese governments are both threatening to restrict gold imports. 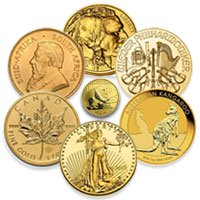 View the Most Popular Gold Coins

Although jewelry demand is down this year in India, some citizens have been rushing to gold shops in order to get physical metal while they still can before government intervention leads to even higher prices.

Indians lost a degree of confidence in the rupee when their Prime Minister recently declared the two largest denomination bills to be obsolete.

The misguided attempt to limit the use of cash in the country resulted in turmoil as Indians struggle to adapt.

The two bills represented almost 90% of the currency in circulation and the vast majority of transactions in the economy are done using cash. Now officials seek to restrict gold, doubling down on their effort to herd citizens into more trackable bank accounts and electronic transactions.

Premiums in China have reached the highest levels in 3 years. The Shanghai Gold Exchange reported 28 tons of gold being taken out of the exchange on December 1st – by far the largest withdrawal of the year.