Just like the current market frenzy pushing Bitcoin to new all-time highs, the same sort of buying mania will also push Silver bullion prices to new highs. Even though the silver price and precious metals sentiment have fallen considerably, the market has no clue just how undervalued the shinny metal truly is.

Of course, a large percentage of the silver price increase during the 1970’s was due to the Hunt Brothers acquiring a lot of the metal during the decade. However, a great deal of institutions came behind the Hunts and also bought silver during the latter part of the 1970’s. Lastly, we had the typical “Brain dead” public come in and buy at the top. It is so unfortunate that the public doesn’t understand long term investing or wealth preservation. Instead, they buy as much stuff on credit today and then worry about paying for it all tomorrow.

According to the article, Bitcoin Soars Above $1,600 On Relentless Japanese Buying Frenzy:

Four days ago we reported that bitcoin has surged above $1,400, hitting a new lifetime high, while rising above $1,500 on certain Chinese exchanges. Since then, bitcoin’s latest exponential rise has only accelerated, and moments ago the price of the cryptocurrency surged as high as $1,600 on the Coinbase exchange, rising as high as $1,655 on the troubled Bitfinex exchange. 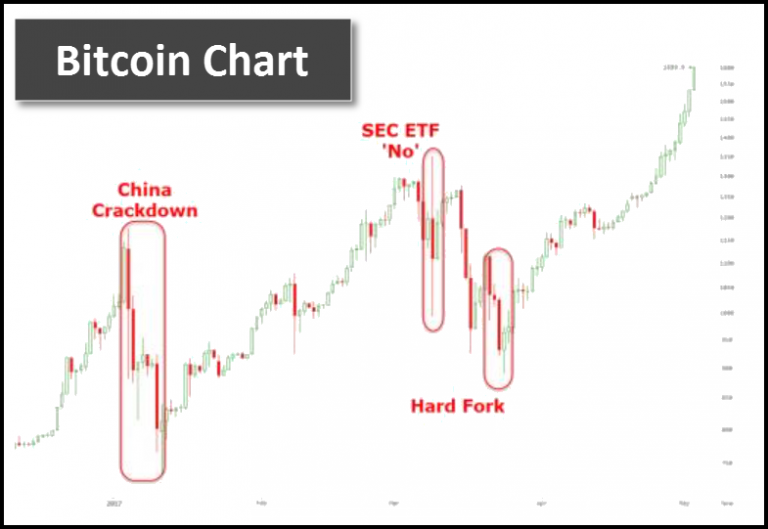 We summarized the ongoing bitcoin frenzy as follows on Monday: “just as the Chinese bubble frenzy in bitcoin is fading, it may be replaced with a new one, in which thousands of Mrs. Watanabe traders shift their attention away from the FX market and toward digital currencies” and added that “If the transition is seamless, there is no telling just how far this particular bubble can grow.”

The reason the price of Bitcoin is rising so much compared to the silver price… is quite simple. When more buying and money moves into Bitcoin, the price moves up much higher because the amount of Bitcoins outstanding are limited. However, when a great deal of buying comes into the Silver market, the Bullion banks, such as JP Morgan, can just add more contracts. So, the huge pressure heading into Bitcoin is released at much higher prices, while the pressure in the Silver Market is released by adding more and more contracts onto the exchanges. So, this caps the silver price and momentum.

That being said, silver is considerably undervalued compared to the Dow Jones Index presently. This is due to the massive amount of monetary printing and debt being funneled into broader markets. Unfortuantely, this highly leveraged debt-based markets won’t last for long.

Why? Because the falling oil price is gutting the entire system. Today, the oil price has fallen a whopping $2.30 to $45 a barrel. I can tell you, very few oil companies are making money at this price. Without cheap and rising oil production, the STOCK, BOND and REAL ESTATE MARKETS are DOOMED.

Dow Jones-Silver Ratio Will Move Back Towards 50/1

When the world was experiencing serious inflation in 1970’s, the Dow Jones-Silver Ratio was below 50/1: 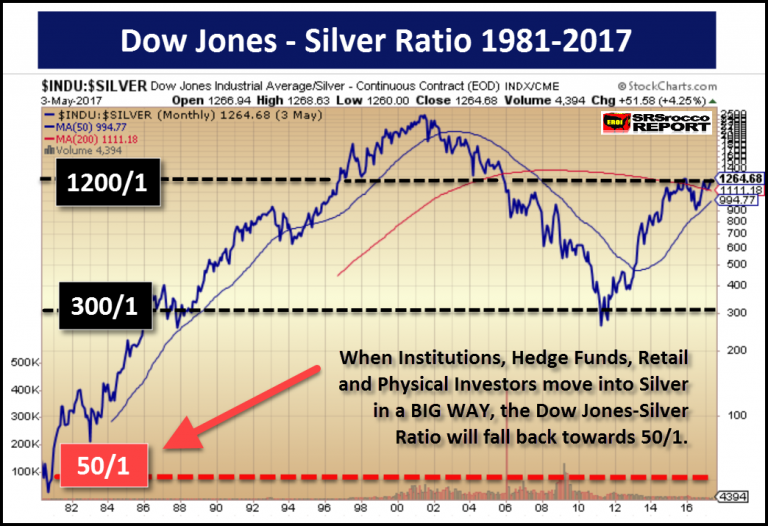 Again, the reason the price of silver surged during the 1970’s was due to the tremendous amount of inflation in the oil price which impacted all commodities and precious metals. We must remember, when the oil price hit a high of $35 in 1980, silver reached a peak of nearly $50. However, when silver was trading at $49 in May 2011, the oil price was twice as high at $100.

Now, as I have stated several times, the price of oil will continue to trend lower in the future. This is due to the falling net energy and its value impact upon the economy. So, why do I forecast a much higher silver price rise if the oil price falls? It’s due to two reasons:

While I understanding the low paper silver price is frustrating by many investors, they need to understand that the current INSANE MARKET is not going to live for much longer. Using a massive amount of debt and monetary printing to keep things going was never a long-term solution. Now that the oil market is being gutted by a low oil price, this will help speed up the collapse of the financial system and economic markets.

Watch as more fireworks take place in China and the U.S. Markets. This will cause demand for goods and services to fall, thus impacting demand for oil and base metals. I see the price of copper, zinc and lead to continue falling as the markets really roll over. As the price of copper, zinc and lead decline, this will also gut the Base metal mining industry where 56% of global silver production comes from (13% comes from gold mining and 30% from primary silver mining).

When the buying mania from the Institutions, Hedge Funds, Retail and Physical investors comes in to the market, watch as the Dow-Jones-Silver ratio falls back towards 50/1… and the silver price hits a all-time new high. Learn how to buy silver bars and coins to add to your holdings while the price is low.