Government Insolvency Gets Harder to Ignore

Several U.S. states and the federal government are hopelessly insolvent. It’s something many bullion investors have known for years.

The real question is when this reality will pierce the mainstream illusion that deficits, and the crushing pile of debt which accompany them, don’t matter. That moment drew closer last week when ratings agencies downgraded Illinois state bonds to one notch above “junk” status. 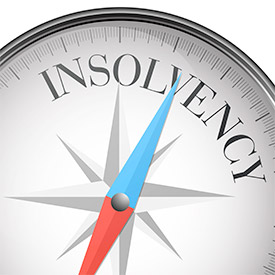 S&P and Moody’s dropped the state’s creditworthiness rating to BB+/Baa3 – the lowest ever for a U.S. state. Illinois currently has $14.5 billion in unpaid bills and a government deadlocked over forming a new budget.

That stack of bills represents a whopping 40% of the state’s operating budget. At the heart of Illinois’ problems are massive union pension obligations for retired government bureaucrats.

Sluggish economic growth, below par returns driven by zero interest rates, and the extravagant promises made to retirees created a funding gap that likely cannot be bridged. But the state looks like it will have to die trying.

Government union bosses and their supporters got pension obligations converted into a constitutional mandate in 1970. They made it so that certain benefits can only be adjusted in one direction – higher. Article XIII, Section 5 reads:

Membership in any pension or retirement system of the State, any unit of local government or school district, or any agency or instrumentality thereof, shall be an enforceable contractual relationship, the benefits of which shall not be diminished or impaired.

Adding that language was a neat trick, given the implicit mandate that the private taxpayers are permanently on the hook for these obligations – even as they enjoy no such guarantees in the face of their own impaired incomes and retirement benefits.

How this crisis gets resolved will be telling. Illinois is one of seven states where meeting pension obligations are constitutionally mandated regardless of the state’s solvency, and many of those aren’t in much better shape.

What Happens When Insolvency Finally Catches Up to Governments...

And they can no longer borrow to fund deficits? Entitlement benefits cannot be cut without a change in constitutional law. And that is a very difficult proposition.

More likely the political class will ask taxpayers, who already earn less than public employees on average, to pony up. Or, they will attempt to kick the can once more by seeking a bailout from their equally insolvent Uncle Sam and his magic money machine.

The days of borrowing cheap money are numbered. The Fed may keep rates artificially low. But lenders and the ratings agencies are already waking up to the notion profligate governments aren’t exactly AAA borrowers. It won’t be long until Americans at large are grappling with the reality that some promises can’t be kept. When the debt cycle ends, default is next – either outright or via the printing press.