How Precious Metals Can Help Protect Your Wealth from Hackers

Could your wealth be hacked? It’s a threat most investors overlook. But they do so at their own peril.

If elections can be hacked, then so can bank and brokerage accounts, as well as any online platforms for digital currencies. 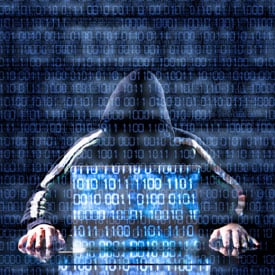 According to the Guardian, “An investigation by the FBI has concluded that Russian hackers were responsible for sending out fake messages from the Qatari government, sparking the Gulf’s biggest diplomatic crisis in decades.”

The Russian government has repeatedly denied involvement in these hacking campaigns. Regardless of whether the news about Russian hackers is fake, the threat of cyber attacks is very real.

In recent months, major e-mail providers and e-commerce sites have been hit by hackers. They often take customers’ information and try to sell it on the dark web.

Think Bitcoins are “hack proof” due to cryptography? Think again. Tens of millions of dollars worth of the crypto-currency have been digitally stolen by hackers. The biggest heists hit Bitcoin exchanges Mt. Gox and Bitfinex. More recently, South Korean Bitcoin exchange Yapizon was hacked out of more than $5 million.

Electronic Banking Is Vulnerable to Hackers

Electronic banking and brokerage institutions are also vulnerable. A rogue government, a group of terrorists, or even a lone mischievous teenager could potentially crash markets by unleashing a debilitating computer virus or breaking into networks that undergird the financial system.

If the Internet goes dark, then so does Bitcoin and other digital platforms. No online banking. Your ATM card may no longer work. A national “bank holiday” may have to be declared as a physical cash shortage sends the economy reverting to barter transactions.

Granted, this is an extreme scenario. But you don’t have to take extreme measures in order to protect yourself from it.

Reducing Your Vulnerability to Cyber Attacks: Simple Steps You Can Take

One of the most important steps to take to boost your resilience to digital threats is to hold tangible assets that aren’t dependent on, or connected to, the internet. Physical precious metals are a time-tested form of unhackable money.

Virtual ownership of metals in the form of futures, options, or exchange-traded products will leave you vulnerable to any of the major threats to the financial grid.

The upshot to owning low-premium bullion products you can hold in your hand is that it costs you nothing extra to obtain the protection and utility that physical metals provide.

We’re not suggesting that you pull everything out of your bank accounts and close all your credit cards – for now, they remain a convenience most of us won’t want to do without in our daily lives. (And we’re not saying to steer completely clear of cryptocurrencies either.)

But you can and should take steps to make your accounts at least somewhat more secure:

For the portion of your wealth you want to secure in physical, off-the-grid metal, make sure you keep it far removed from the banking system. That means not storing your precious metals in a bank safe-deposit box that could be raided or rendered inaccessible during a financial crisis.

Keep at least some portion of your gold and silver stash stored in a home safe for immediate accessibility at all times. And keep quiet about it! Your neighbors don’t need to know all about your pure silver bars or your shiny gold Krugerrands. 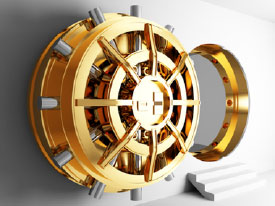 For the portion of your precious metals holdings you don’t want to keep at home, opt for a secure bullion storage facility such as Money Metals Depository.

MMD only uses physically segregated storage which ensures your metals aren’t pooled or co-mingled with those of other customers.

Even as new and potentially bigger cyber threats emerge, you can rest comfortably knowing much of your wealth is beyond the reach of hackers. That peace of mind is difficult to put a price on. Fortunately, it’s not difficult to obtain. Rotating wealth out of financial assets and into hard assets is as easy as writing a check to a reputable bullion dealer such as Money Metals Exchange.