Safe-haven demand for physical precious metals came in soft through the first half of the year as a rising stock market reinforced investor optimism toward the economy.

U.S. stocks are expensive by just about every valuation measure you can think of – price/earnings, price/sales, dividend yield, total market capitalization as a percentage of GDP, etc. Even Fed chair Janet Yellen remarked recently that equity valuations appeared “rich.”

The inverse of the extreme overvaluation in equities is the extreme relative cheapness of hard assets. Commodity indexes entered the summer at generational lows in real terms. 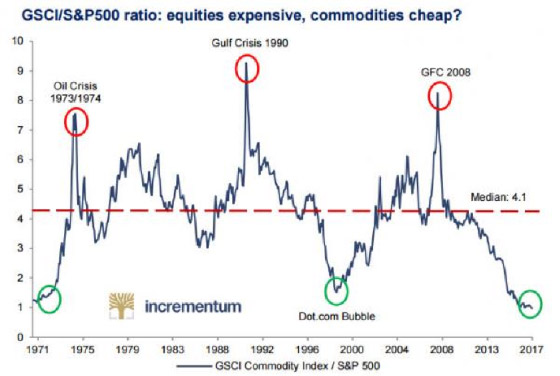 The perception has been that the world is awash in plentiful, cheap oil. Just a few years ago, with oil over $100 per barrel, the headlines blared warnings about peak oil and supply shortages. At major cyclical turning points in commodity markets, the news tends to reinforce whatever trends brought about major highs or lows in prices.

What investors need to keep in mind is that commodity markets are always cyclical in nature. No matter how bullish or bearish the outlook happens to appear at any given time, prices will eventually turn and trend in the opposite direction.

Oil and agricultural commodities perked up as summer officially began. Whether it’s the start of a major cyclical bull market remains to be seen. But the supply and demand fundamentals are setting up bullishly for commodities markets.

The cycle for any commodity follows the same basic pattern. When prices are low, production falls. As new supplies diminish, the market tightens and prices move higher. The higher prices incentivize producers to invest in production capacity and increase output.

Eventually, the market becomes oversupplied, prices fall, and the cycle starts all over again.

As a resource investor, it’s important to have some idea of whether you’re investing in a commodity at a time in the cycle when it’s favorable to do so. Gold, for example, tends to be less correlated to swings in the economy than oil and industrial commodities. It responds more to investor fear and flight from paper asset markets.

Chart reading is always a tenuous undertaking, but when combined with supply and demand fundamentals it can help investors identify favorable times to be a buyer or seller. Right now it appears that gold, silver, oil, and other commodities are transitioning one by one into a period in the commodity cycle of diminishing supply.

In the case of crude oil, the major storyline in recent months has been a supply glut. North American shale production has swelled inventories in the U.S.

The longer-term supply outlook actually augers for shortfalls… and much higher prices. 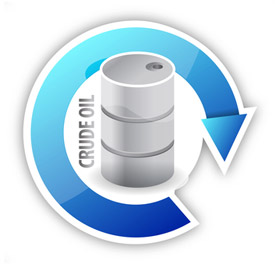 According to the International Energy Agency (IEA), new oil discoveries last year sunk to their lowest number in decades.

The IEA warns that in order to offset recent declines and meet rising global demand, the oil industry will need to develop 18 billion new barrels every year between 2017 and 2025.Oil’s recent price range in the low $40s to $50s per barrel doesn’t seem to be incentivizing the necessary new production capacity.

Higher energy costs would mean higher production costs for the gold and silver mining industry. Mines are already having to process more and more tons of earth to extract ounces of precious metals.

The cycle appears to be in the early stages of turning bullish for commodity prices – making it a favorable time to be taking out long positions in hard assets. That doesn’t necessarily mean metals markets will immediately begin moving up in a big way.

Gold and silver still face potential headwinds from two sources: first, another Fed rate hike or two before year end; and second, a vowed gradual reduction of the central bank’s QE-bloated balance sheet, which could cause longer-term bond yields to go up.

Contrary to popular misconceptions, nominal increases in interest rates aren’t inherently negative for metals prices. More important is whether inflation, and expectations of future inflation rates, are rising or falling relative to interest rates. If oil prices break out of their trading range to the upside, that could help ignite inflationary fires.