Silver currently sells around $16, which would be sensible if the U.S. national debt was much less than its current $20 trillion. 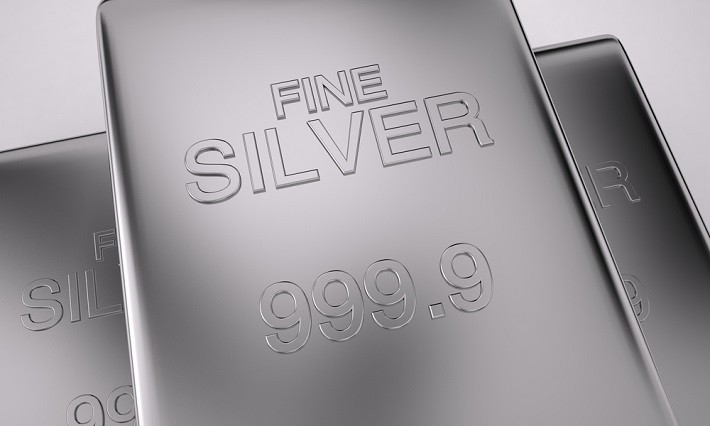 Given the massive national debt and 100 years of experience, silver prices could easily be double or triple their current prices, and far higher in a panic.

Examine over a century of official national debt data graphed on a log scale. Official debt in 1913 was $3 billion. Since then it has risen 8% to 9% every year to reach $20 trillion or $20,000 billion. Debt will continue rising as long as politicians spend and bankers lend. 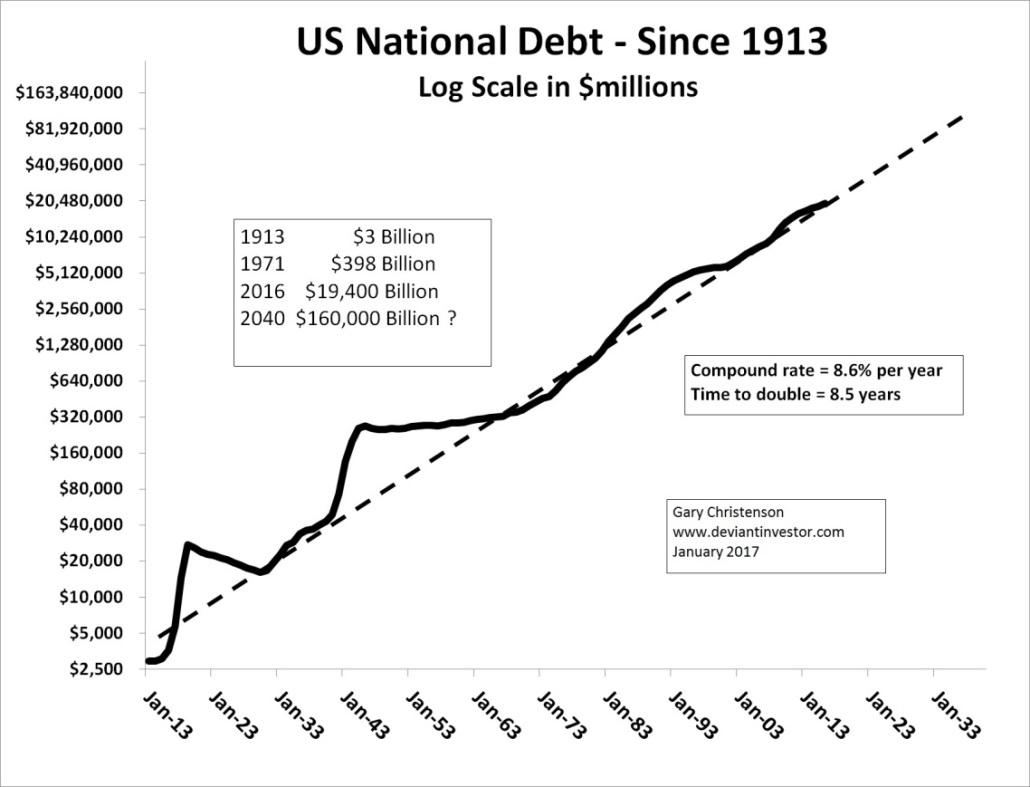 Silver prices have increased, but more slowly than national debt, as dollars have been devalued for over a century. 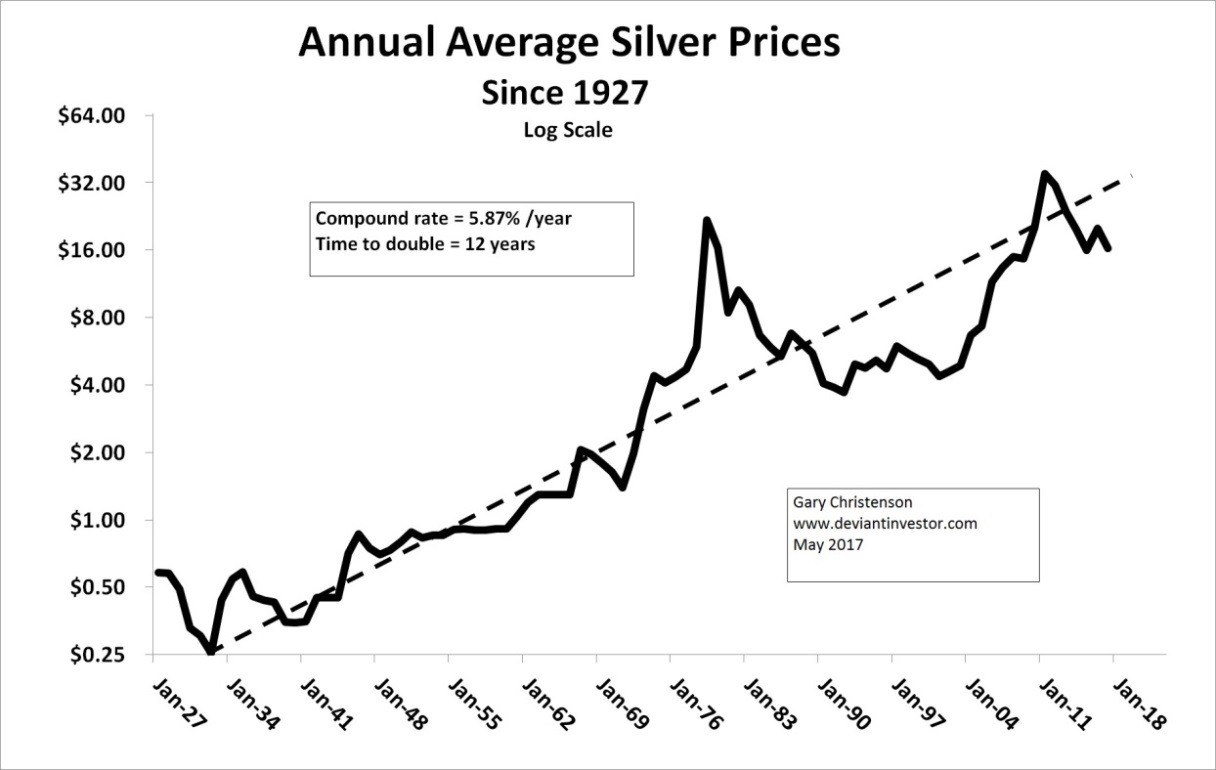 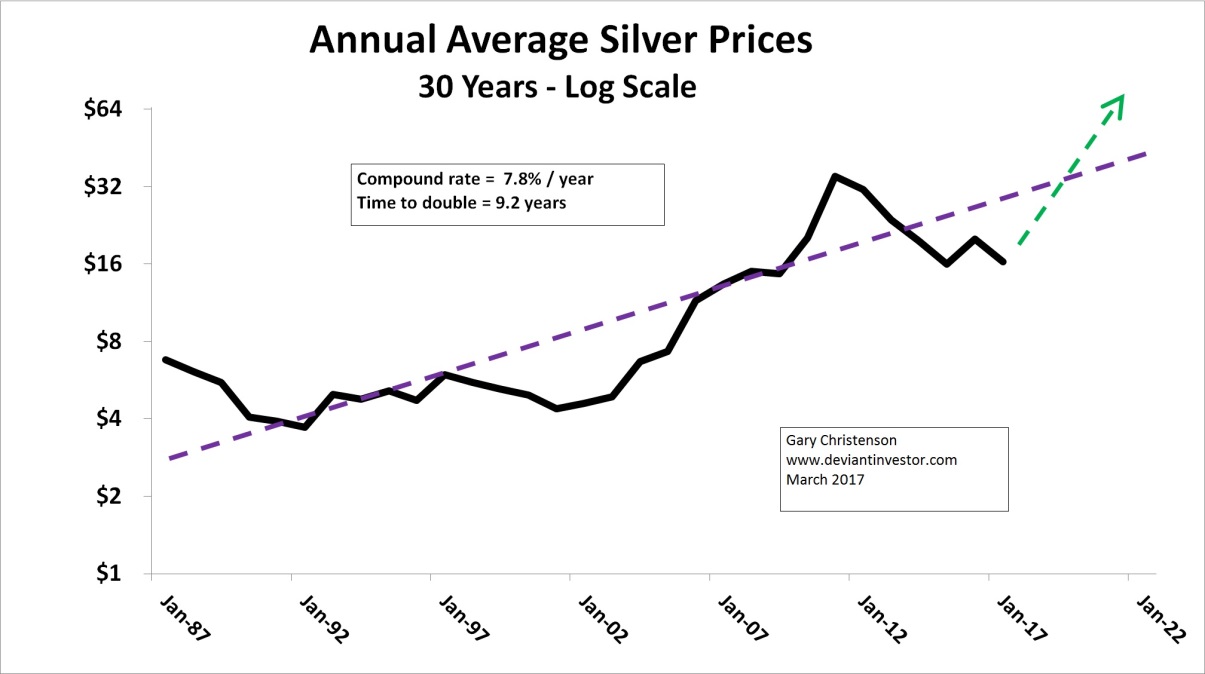 Silver prices, after the 1980 bubble and crash, have increased erratically since their low in 1993 at $3.51. The exponential trend line, as drawn, indicates that silver prices in mid-2017 are well below their long-term trend. Daily silver prices exceeded $48 in April 2011 before crashing back to $13.60 in late 2015.

Silver prices are, in the big picture, too low and will rise above their exponential trend. 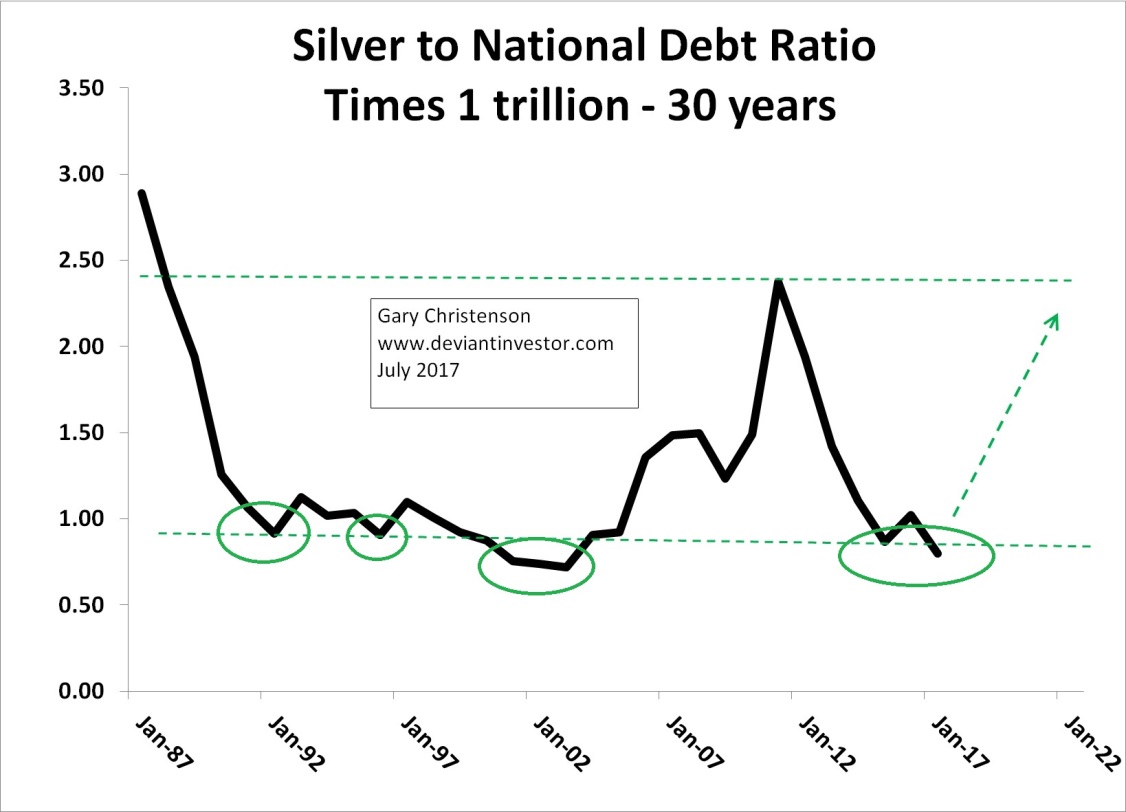 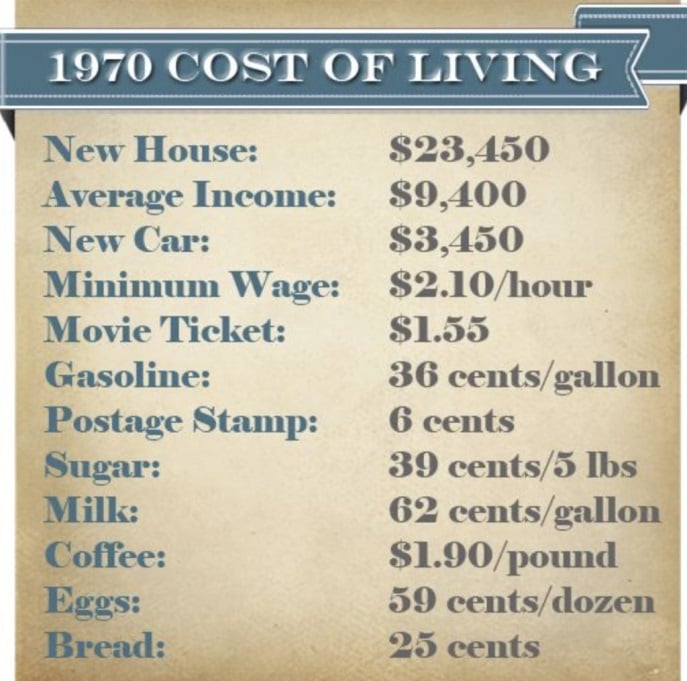