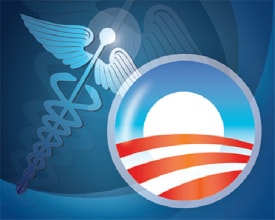 Expectations should now ratchet even lower as representatives once again demonstrate just how far their words are from their deeds.

We’ll start with healthcare. The U.S. Senate failed in yet another effort to repeal and replace Obamacare. The prospects for reform any time soon are approaching zero.

Voters opposed to the skyrocketing premiums, the ballooning federal expenditures and the huge expansion in government control associated with the Affordable Care Act are bewildered.

The program is an obvious train wreck. Republicans in Congress spent years telling everyone willing to listen that repeal was a top priority. Donald Trump was elected, in part, because of his promise to kill Obamacare.

Based on the rhetoric, Obamacare should have been dead a month after Trump took office. Now it looks like President Trump may throw in the towel and simply let the program collapse under its own weight.

It Isn't the First Time Republican Leadership Betrays the Government

We can’t agree with that last bit. Republicans are definitely responsible for their broken promises to voters. It certainly isn’t the first time limited government advocates have been betrayed by Republican leadership.

But it is among the most blatant.

Meanwhile, Mitch McConnell and the rest of the RINOs in charge are getting ready to fold on another high-profile issue.

Sen. McConnell is leading the push for another massive hike in the $19.8 trillion debt ceiling.

Voters will get another lesson on political deceit as Republicans, who howled in outrage under Democratic control, reveal they, too, support unlimited federal borrowing.

McConnell said he would like to hike the debt ceiling before the August recess. When pressed on whether they would seek to tie any increase in the borrowing limit to spending cuts, he was ambivalent. "We'll see, but the debt ceiling must be raised," he told reporters.

Trump is going to need a lot more cooperation from Congress to deliver other key items from his agenda. Tax reform, for example, looks to be another uphill battle unless Trump finds a way to hold the Republican leadership accountable.

In any event, it is not hard to see why the value of the Federal Reserve Note is suffering. The full faith and credit of the U.S. government is the only thing backing our currency. It has been a long time since Congress did anything to inspire confidence.