Physical demand for bullion rounds, coins, and bars remains somewhat soft in the U.S. This year’s run higher in prices as well as rising geopolitical tensions has whet the appetites of some investors, but it has not yet triggered broad participation. 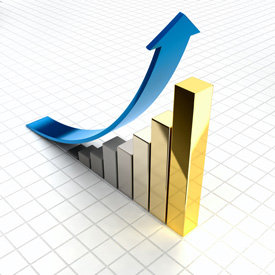 Only the contrarians have capitalized
on gold & silver's advance since 2015.

With strong gains both this year and last, metals prices have been responding to a host of issues – from unrestrained federal borrowing to the prospect of nuclear exchange. But they haven’t moved up as much as many expect.

After advancing dramatically in the prior decade, gold and silver have not responded as strongly to the explosive money creation and debt of the last few years as stocks have. And while predictions of crisis have been plentiful, the “Big One” hasn’t yet materialized.

Some honest money investors have even been drawn to Bitcoin and other cryptocurrencies. This is, in part, because of the tremendous run-up in prices in recent months (notwithstanding last week’s crash), and because cryptocurrencies might prove beyond the reach of Wall Street and central bankers to control.

Unfortunately, many investors will be sitting on the sidelines until precious metals are proven outperformers again, and in doing so, they will miss a big move up in prices. While we expect to see much higher gold and silver prices, the catalysts for that aren’t anything to root for. Serious geopolitical strife, a major correction in stock prices, or the U.S. dollar in free fall all mean hardship and pain. For example, just look at the price of 1 troy ounce of silver to help you get a better idea of what is happening.

Change is inevitable, and the U.S. economic expansion is getting long in the tooth. Even artificial markets must ultimately yield to actual physics.

The good news for investors with a contrarian bent is that buy premiums on bullion products are the lowest they have been in a decade – and inventory is plentiful. Down the road the opposite may be true, i.e. high premiums and shortages of the physical gold and silver in minted form.