How Do You Determine Which Bag Contains the Fake Gold?

(Thanks to my friend Brian C. for sending me this dilemma.) 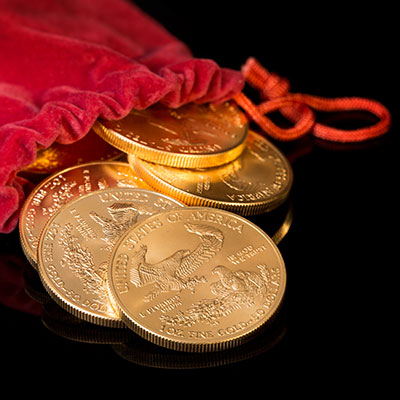 There is a straight-forward answer to this question, but let’s speculate on what happens when we involve politics and prejudice.

The European Politician: A Prime Minister Junker said, “When it becomes serious, you have to lie.” Forty ounces of gold is serious wealth, and we discourage using gold, so this is one of many times when lying is required. These gold coins are fakes and we are confiscating them. The supposed owner will be charged with several crimes.

The Dallas School Politician: We are planning to rename schools bearing the names of Confederate generals and leaders because the Confederate economy used slavery and slavery was bad. The Southerners also used gold for trade, so we are opposed to using gold as well.

The Chicago Politician: These gold coins symbolize the oppression of the masses and the unfair distribution of wealth across racial lines in America. As your public servant I am personally confiscating these coins so they will no longer remind my many supporters of racism and inequality.

The Swiss Gold Refiner: We’ll perform a simple and non-invasive test, return the fake gold to London, melt and refine the genuine gold into 99.99% purity and cast it into a one kilo bar. The remaining gold bullion will be used in another bar and both will be sold to China where gold is understood and valued.

The DEA Agent: No American has any business carrying 40 or 50 ounces of gold. These gold coins resulted from illegal drug sales, so we are confiscating them.

The NFL Player: Hey man, like we’re protesting social issues or somethin’ and don’t know about no gold coins.

Ben S. Bernanke: “Nobody really understands gold prices and I don’t pretend to understand them either.” These coins will be shipped to my friend, the CEO of Goldman Sachs, for evaluation.

Democratic National Committee Executive: I understand this question will be presented to both candidates in the next debate. I’ll make certain our Democratic candidate receives both the question and answer in advance.

Republican Senator: Don’t bother me with trivial issues. I’m on my way to collect a $2,000,000 “thank you gift” from a major defense contractor because I wrote legislation that will boost his profitability by over one $billion in the next five years. American business must be supported.

Conservative Austrian Economist: The real gold coins are money. The fake coins are similar to debt based fiat currency units with no intrinsic value. The free market can decide which should be used.

Congressman: I will convene a committee of distinguished colleagues and we shall hold public hearings accepting fair and objective testimony as to which coins are real, which are fake, and why people bother with the barbaric concept of gold coins. Hearings and analysis should last no longer than ten months. I will present the committee report about six weeks before my next election. All television networks are invited to broadcast my presentation of our findings. I trust my American voters will appreciate me, their congressional representative, and how I am dealing with this pressing problem.

Mainstream News Reporter: We believe these coins are fake news. An anonymous source has confirmed that all 50 coins are fake gold and were manufactured in Russia, possibly at the request of our Republican President. This is another example of Russian gold hacking that must be stopped.

Another solution to the gold coin dilemma is:

Gold has been money for thousands of years. It has no counter-party risk and, based on history, has significant intrinsic value.

Regardless of its value and our economic history, gold is affected by the intrigues of central banks and politicians. However, gold will be the “last man standing” after the global fiat currencies have been devalued to worthlessness.