(Emily Larsen, Liberty Headlines) Following mining pushback from environmental groups and hasty actions in the final weeks of the Obama administration, Rep. Tom Emmer (R-Minn.) introduced the Minnesota Economic Rights (MINER) in the Superior National Forests Act, which aims to restore mineral rights in attempt to boost the economy in the northern part of his state. 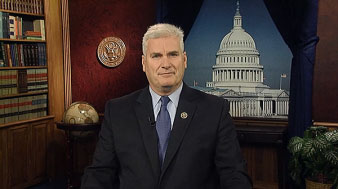 The bill is a response to ongoing controversy regarding mining lease applications near the Boundary Waters Canoe Area Wilderness, close to the border of Canada. About 250,000 outdoor enthusiasts visit the 1.1 million-acre wilderness area each year.

“In their final hours, the Obama Administration enacted a series of harmful and reckless policies, which have hindered our ability to utilize our state’s abundance of natural resources and bring jobs to a part of our state that badly needs them,” said Emmer in a press release.

One of the final actions of the Obama administration in December was to reject a company’s request to renew a mining lease next to the Boundary Waters Canoe Area Wilderness, and placed a two-year mining ban on 234,000 acres of public land. The MINER Act would require approval from Congress to prohibit mining on federal lands.

“The Boundary Waters is a natural treasure, special to the 150,000 who canoe, fish, and recreate there each year, and is the economic life blood to local business that depend on a pristine natural resource,” said former Agriculture Secretary Tom Vilsack and former Interior Secretary Sally Jewell in a joint statement at the time of the denial. “I have asked Interior to take a time out, conduct a careful environmental analysis and engage the public on whether future mining should be authorized on any federal land next door to the Boundary Waters.”

Twin Metals Minnesota, a mining company at the center of the controversy, holds two expired mineral leases on the area, on Forest Service-controlled land and Bureau of Land Management-controlled underground minerals. The mining leases date back to 1966, before the federal government established safety and environmental review standards which now apply to mining lease locations. Twin Metals applied for the lease renewal in 2012.

PolyMet Mining, applied for a new copper-nickel sulfide mining permit near the wilderness area. PolyMet’s proposed mine faces environmental backlash as well. The Center for Biological Diversity and Earthworks filed a lawsuit against the US Fish and Wildlife Service and the US Forest Service, claiming the approval of the mine violates the Endangered Species Act.

The MINER Act would also limit the extension or establishment of national monuments in Minnesota without an action of Congress. It is a possibility that environmentalists lobby to extend the protected wilderness area to include the areas of proposed mines. The Obama administration designated more national monuments than George W. Bush and Bill Clinton combined.

“Jobs for Minnesotans fully supports this legislation which provides hope and opportunity to Minnesota’s mining region,” said Nancy Norr, chairwoman of the group, at a House Natural Resources Committee hearing in July.

“It is time that environmental extremists and Washington bureaucrats stop telling the good people of the Iron Range what is best for them,” said George.