The Winners are Silver and Gold!

Gold and Silver in the Big Picture:

Graph the price of silver (times a trillion) divided by the national debt. The ratio is low because debt has increased rapidly and silver is inexpensive. 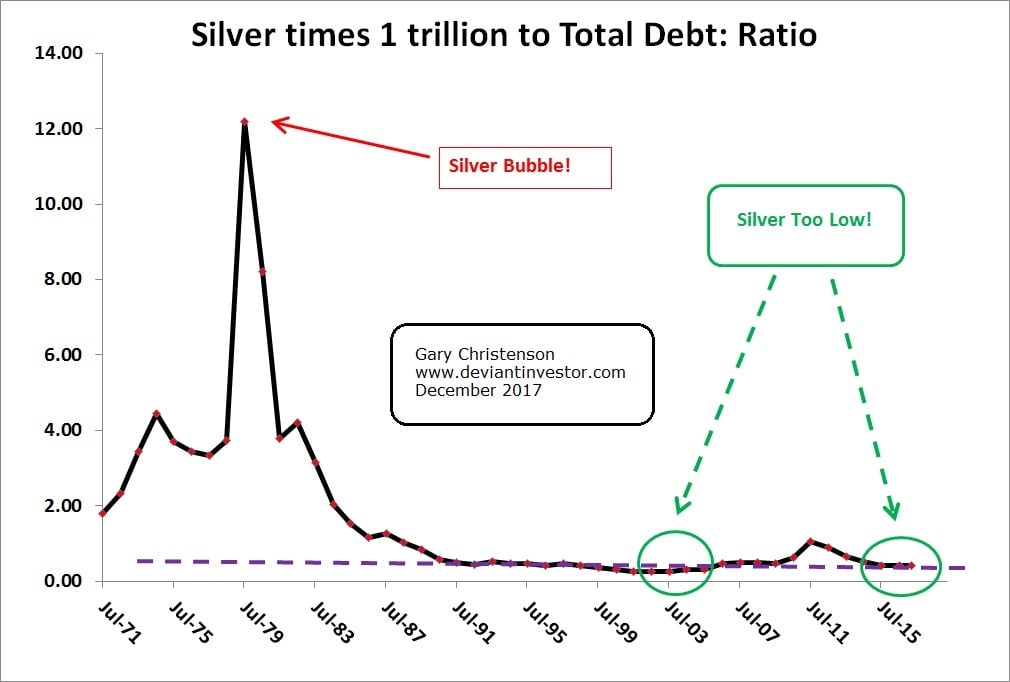 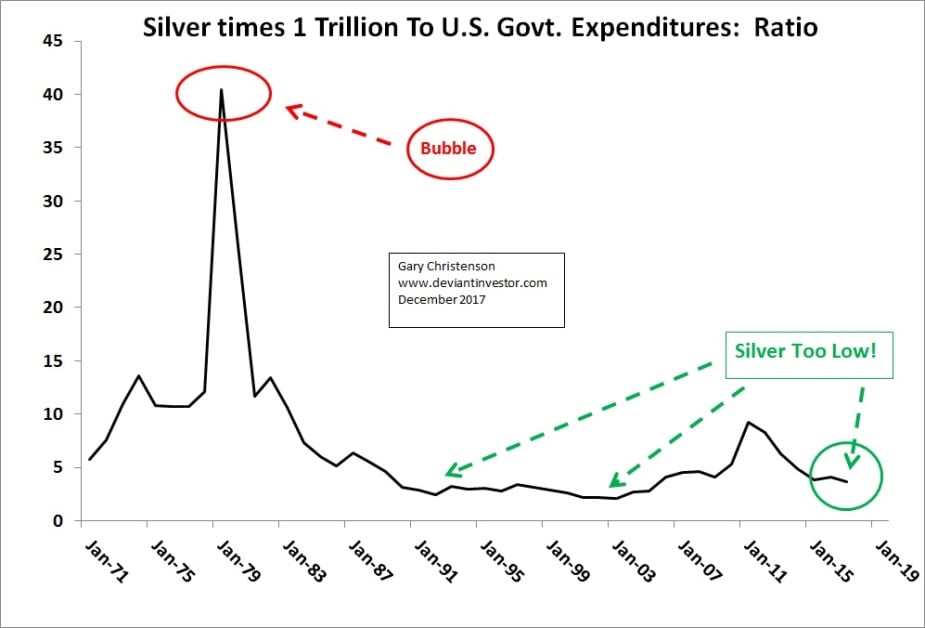 Graph the price of silver (times one trillion) divided by currency in circulation as measured by M3 (St. Louis Fed). 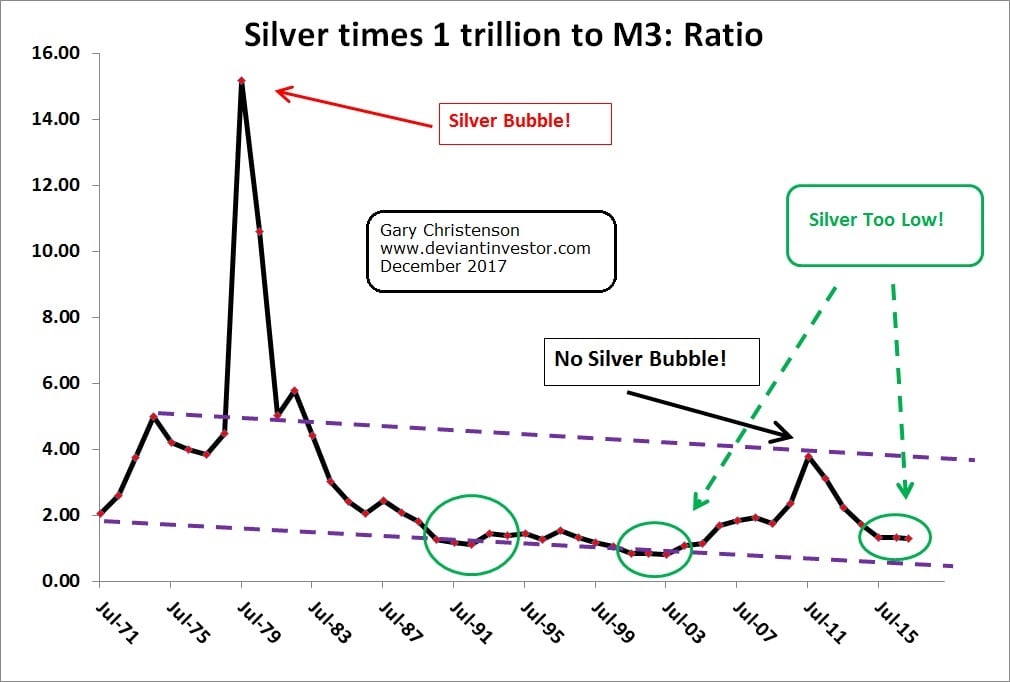 Graph the ratio of silver to the Dow Jones Industrial Average over 30+ years. The ratio is low, as it was in 2001 when silver sold for under $5.00. In early 2018 the DOW is too high and silver is inexpensive. Both will reverse. 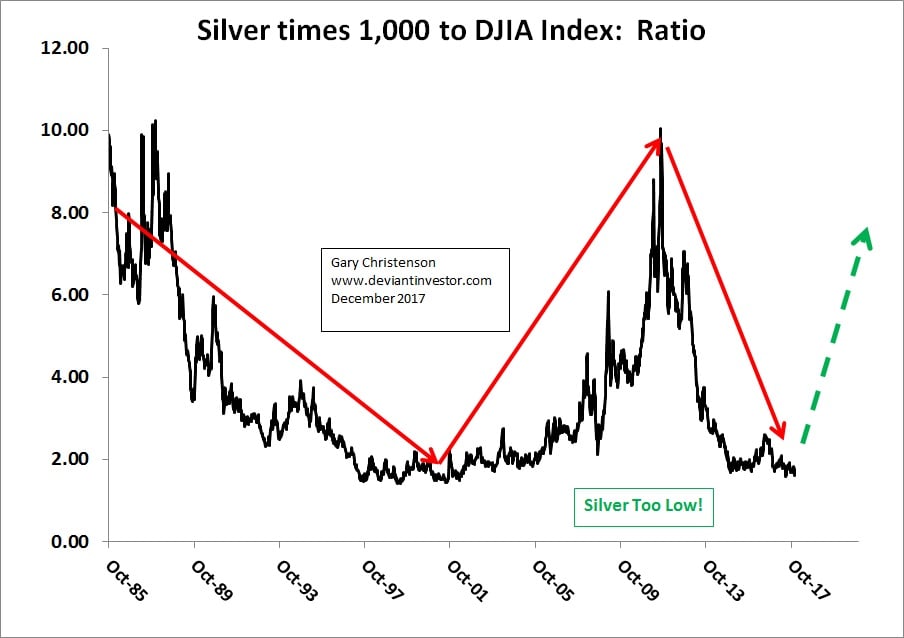 Should We Buy Silver or Gold? 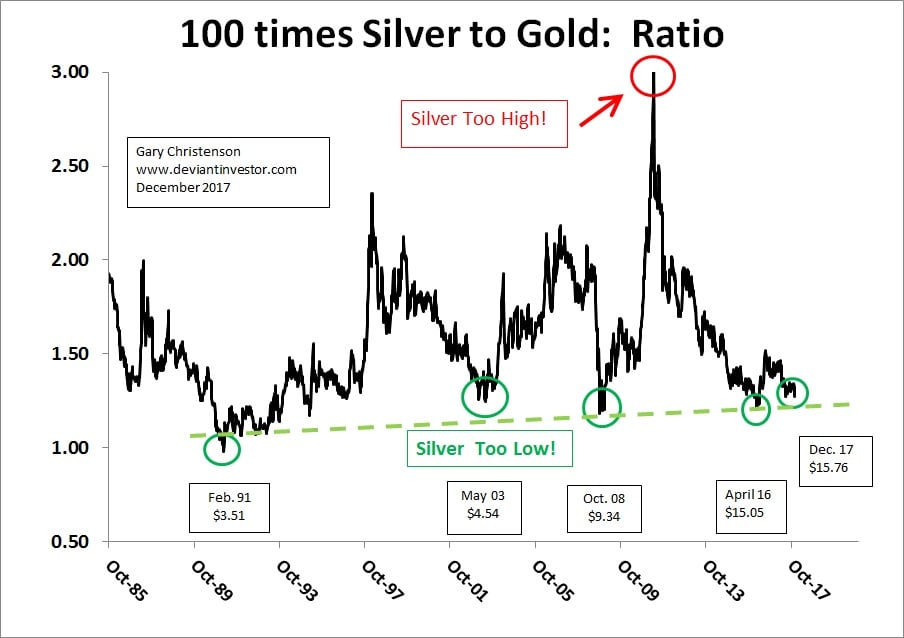 The lows in the ratio show excellent times to purchase both silver and gold, particularly silver. Silver prices are listed in the boxes at the ratio lows. Expect the ratio to increase as both metals rise in price during the metals bull market that restarted in December 2015.