If officials at the Securities and Exchange Commission (SEC) are bothered by allegations of incompetence and capture by Wall Street’s bankers, it is hard to tell. The Commission recently hired Brett Redfearn to serve as Director of the Division of Trading and Markets. Redfearn left a 13 year stint at JP Morgan to assume a key role in regulating banks, investors and traders.

The SEC, and other regulators such as the CFTC and the Federal Reserve, aren’t worried about appearances. Redfearn looks like yet another fox being sent to guard the henhouse. His appointment undermines confidence even if he intends to serve with integrity.

Instilling confidence ought to be a priority at the SEC. The past decade has been a disaster when it comes to the agency’s credibility. 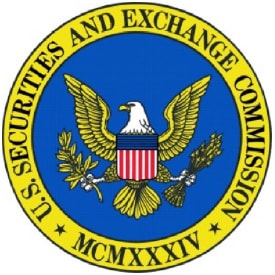 To date, not one high level bank executive, has been prosecuted for misdeeds related to the 2008 Financial Crisis. This despite plenty of the shareholders SEC officials are supposed to be protecting having lost their shirts. SEC bureaucrats either bungled or turned a blind eye to Bernie Madoff’s Ponzi scheme.

To cap it off, a high-profile story which broke in 2010 uncovered agency staff and contractors spending an inordinate amount of time watching pornography on the job.

Office of Inspector General investigators looked at a 5-year period and found 33 people had violated policy by watching X-rated content on federal computers. During these years, Madoff’s con was reaching its peak and Wall Street banks were busily selling mortgage backed securities stuffed with fraudulent loans to pension funds. You would think leadership there might be embarrassed.

Which brings us back to the appointment of Mr. Redfearn. It demonstrates the SEC remains tone deaf at a minimum, and completely captured at worst.

JP Morgan, Redfearn’s former employer, served as Madoff’s banker and has been involved in a number of questionable affairs. Laurence Kotlikoff from Forbes suggested the bank may be "America’s Most Corrupt."

Until the SEC and its people prove they actually care about keeping the investment banks and financial insiders honest, they should probably do their hiring somewhere besides Wall Street. Otherwise people will understandly assume federal regulators are there to protect powerful firms under their jurisdiction, and not Americans at large.