Due to the complex supply chain system that we depend upon, most of the energy that is consumed in the production of goods, services, materials, metals, and commodities is hidden from plain sight. For example, a gold mining company will list “Tire Costs” in their Financial and Sustainability Reports. However, even though a tire cost is listed as a material cost, the majority of a tire’s production cost comes from burning energy… in all forms and in all stages.

For example, Barrick Gold consumed nearly 25,000 tons of tires in 2013 on its mining operations. According to the Rubber Manufacturing Association, it takes roughly 7 gallons of oil to produce a standard car tire. And from the article, This Is What A $42,500 Tire Looks Like, stated the following: 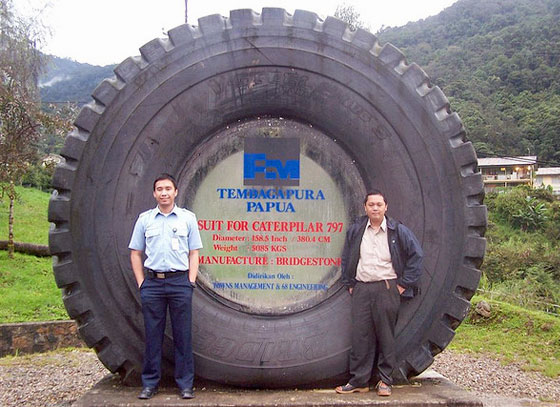 Contains nearly 2,000 pounds of steel, enough to build two small cars and enough rubber to make 600 tires to put on them.

Furthermore, Barrick consumed 25,000 tonnes or roughly 50 million pounds of tires in 2013. How many large mining tires did Barrick use in its mining operations in 2013? Well, if we use a more standard mining tire called the Bridgestone size 40.0057, that is 11.5 feet tall, it weighs 8,500 lbs. Thus, Barrick consumed nearly 6,000 of these tires in 2013 (I am using 2013 data because Barrick stopped listing its tire usage in later sustainability reports).

Regardless, Barrick lists its tire costs as a material cost. However, if we take the time and dissect the entire “haul truck tire manufacturing and supply chain,” we will see that energy was the overwhelming cost in manufacturing one of these large haul truck tires. Even though it takes 50+ barrels of oil to make one of these large tires, this does not include the steel, other materials, the electricity and labor used in their production. We must remember, all the materials that were used in making a large haul truck tire was a result of a tremendous amount of energy all the way down the manufacturing and supply chain.

Goldcorp, the fourth largest gold mining company in the world, published a breakdown of its production costs for 2018. According to their Jan 2018 Presentation, labor (including contractors) were the largest cost at 46%, followed by consumables (15%), energy (14%), Maintenance parts (9%), Site costs (5%), Explosives (3%), tires (2%) and other additional costs (6%): 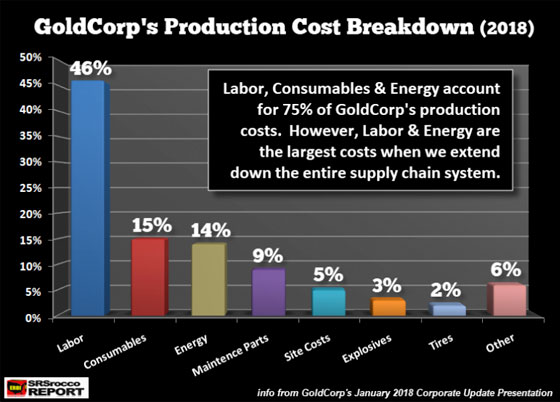 Goldcorp stated their labor costs were 27% and contractors at 19% for a total of 46%. Goldcorp also broke down its energy costs to 7% for fuel and 7% for power (electric generation costs). Even though energy is only 14% of Goldcorp’s total production costs, the majority of the other items listed received their value from consuming energy down their entire manufacturing and supply chain system.

Let me give you another example, Goldcorp consumed nearly 500,000 metric tons (mt) of lime in 2016. According to the U.S. EPA, energy was 31% of the material cost to produce lime:

Moreover, lime producers spend 3-4 times more on materials than they do on labor. If we take the time and examine all the additional materials consumed in the production of lime, we would find out that ENERGY is the major cost in their mining, production, and transportation to the lime production plant. So, even the lime producers underestimate the total energy consumption in producing lime because they list it in their “material cost.”

If we look at Goldcorp’s production cost breakdown chart above, the consumables, maintenance parts, site costs, explosives, tires and other costs received their value or market price from the burning of energy in all forms and in all stages along the way. Unfortunately, we don’t see that because the energy is not considered because it shows up as a finished product, good or material at the gold mine.

Lastly, while labor accounts for 46% of the production cost for Goldcorp, without energy, there wouldn’t be workers. Let me explain. A haul truck driver makes a lot of money because the job is very stressful and takes a certain amount of skilled labor. However, all the haul truck driver is doing, is steering and controlling all the LEVERAGED ENERGY contained in that transportation system.

Not only did it take a lot of energy and capital to produce that haul truck, the amount of diesel the haul truck burns is quite high. The Caterpillar 797F gets about 0.3 miles per gallon. Thus, all the haul truck driver is really doing is controlling how energy is being burned. Without the massive haul truck and its ability to move 200-400 tons of ore at a time, manual human labor would take quite a long time to move that much ore the old fashion way. 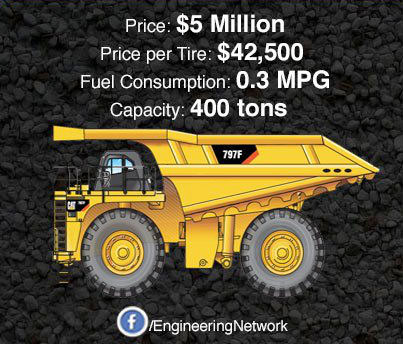 So, most of the labor today used in the gold mining industry is to control and manipulate trucks, machines and processing systems that do most of the work by consuming a tremendous amount of energy. While humans could be replaced by machines or more automatization, the energy can’t be replaced. A barrel of oil has the equivalent of approximately 10,000-20,000 human labor hours of work (depending on the wage).

Without oil or energy, it would take a large army of workers to produce gold today. Actually, it would be impossible to produce anywhere near the 110 million oz of gold we are currently.